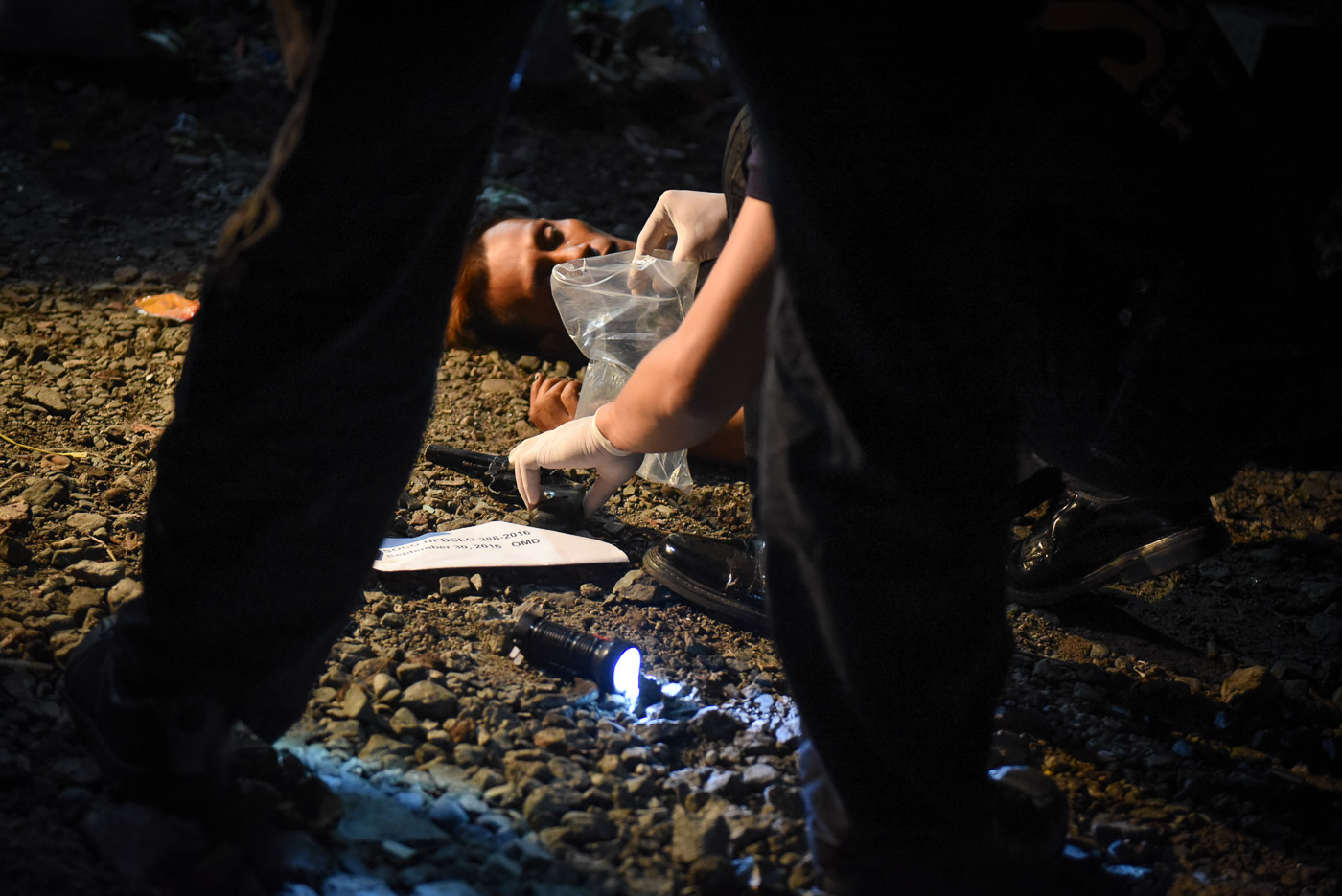 MANILA, Philippines – Majority of Filipinos or 63% believe drug suspects are still killed even after surrendering to authorities.

This is according to the second quarter 2017 Social Weather Stations survey conducted from June 23 to 26, 2017, which SWS said was not commissioned.

31% of respondents strongly agreed with the statement, 32% somewhat agreed, 17% were undecided, 11% somewhat disagreed, and 9% strongly disagreed. 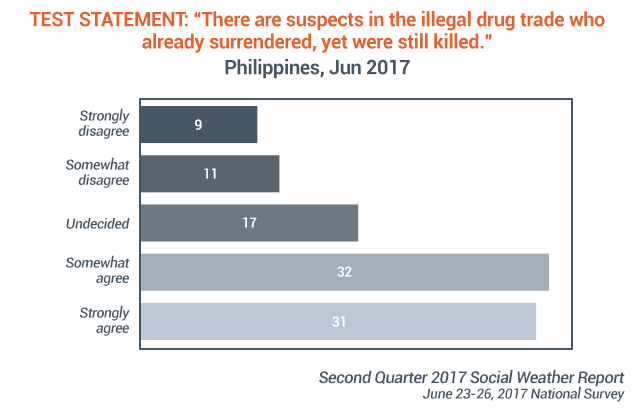 Based on geographic areas, the highest number of those who agreed with the statement were in the National Capital Region, at 75%. Mindanao, President Rodrigo Duterte’s home region, registered 63%, as did the balance of Luzon. The Visayas recorded 53%. 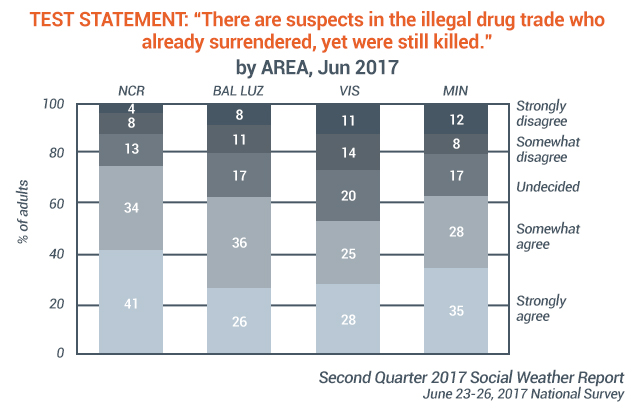 The latest poll results came two days after the SWS disclosed results of a separate survey that showed 54% of Filipinos disagreeing with the police’s claim that drug suspects who were killed fought back against authorities.

The same poll shows that 17% of respondents knew someone who was “falsely summoned” by the police under Oplan Tokhang, while 83% said they did not know anyone.

The highest number of respondents who knew someone “falsely summoned” was in Metro Manila, with 22%, followed by Visayas at 18%. The balance of Luzon and Mindanao each registered 16%.

The June survey was conducted using face-to-face interviews with 1,200 adults nationwide – 300 each in Metro Manila, Balance Luzon, Visayas, and Mindanao – with an error margin of ±3% nationwide and ±6% each for the regions.

Since the first day of President Rodrigo Duterte in office on July 1, 2016, there have been 6,225 deaths linked to the bloody drug war, according to the Philippine National Police.

Human rights groups and critics, however, said the number is higher than government data. – Rappler.com