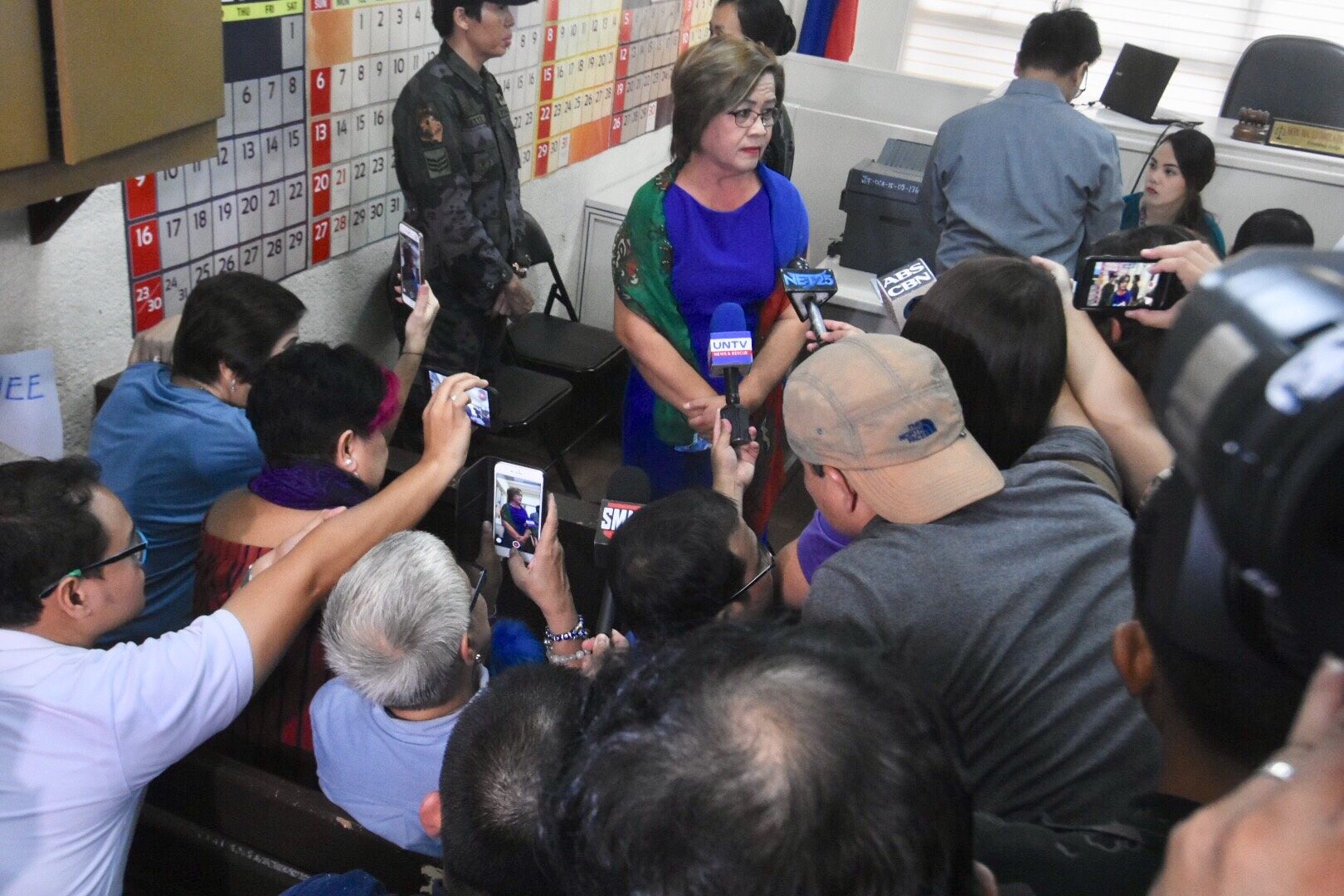 Umali presented to the Quezon City Metropolitan Trial Court (MeTC) Branch 34 on Friday photos of De Lima’s text messages to the daughter of former driver Ronnie Dayan, their primary evidence that De Lima had committed the crime of disobedience to summons.

The text messages were already presented before the House of Representatives, and photographed by the House photographer. Presenting this House photo would establish Umali’s personal knowledge of the crime.

De Lima’s lawyer Ted Rigoroso argued the photo would not stand unless the photographer testifies.

Umali insists his photo-evidence is very different from the case of Senator Risa Hontiveros who publicized a photo that inadvertently caught Justice Secretary Vitaliano Aguirre II texting former representative Jing Paras to “expedite the cases” against the Senator.

Paras has already filed a wiretapping complaint against Hontiveros.

De Lima’s lawyers have earlier argued that the senator’s advice to Dayan, through his daughter, did not qualify as an act of inducing.

“It is clear that Dayan decided to disregard the subpoena of his own volition and not because accused advised him to go into hiding,” they said in one of their motions.

In her interview before the hearing, De Lima said President Rodrigo Duterte should let the Office of the Ombudsman do its probe into his wealth.

(We need to condemn the President’s threat against the Ombudsman. There he goes again, he’s diverting the issue again. He should just face the accusations of hidden wealth. He shouldn’t threaten the Office, the institutuon. He should respect the institution and its independence.)

Ombudsman Conchita Carpio Morales on Friday told Duterte they will not be intimidated as they conduct their investigation. – Rappler.com