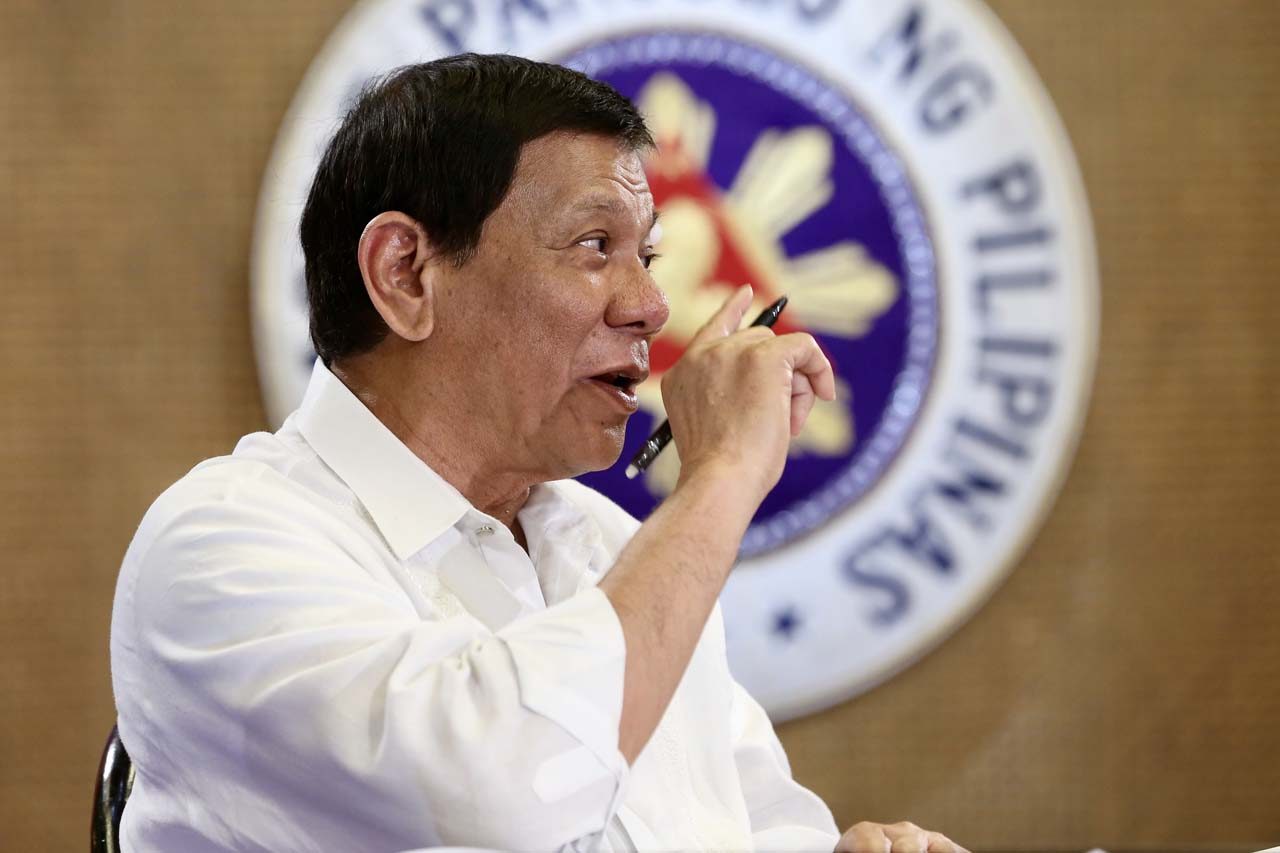 MANILA, Philippines – President Rodrigo Duterte claimed the terror group Abu Sayyaf has a “franchise” from the “Chinese” Bamboo triad, referring to a notorious gang based in Taiwan.

Without citing sources, Duterte made this claim in an interview with PTV’s Erwin Tulfo that was aired on Friday evening, September 29.

(Someone is handling it. You know who? The Chinese triad, the Bamboo. They consolidated everything and they have a representative here.)

(There’s a franchise here. They gave a franchise to the Abu Sayyaf. “Okay, cook drugs there and sell it.” That’s why most of them, when there’s an attack, you can see sachets. They’d use drugs first, that’s why they’re too daring.)

The President also reiterated his claim that the war in Marawi City was ignited by an arrest warrant for a drug lord there. Again, he did not present evidence to back this claim.

Duterte earlier said the Bamboo triad has “taken over the operations” of the Chinese in the illegal drug trade in the Philippines.

Based in Taiwan, the United Bamboo triad “is one of the world’s largest organized crime groups with its hands in all kinds of illegal activities,” the South China Morning Post (SCMP) reported in 2015.

Taiwan earlier denied Duterte’s claim that it is a source of drugs. – Rappler.com