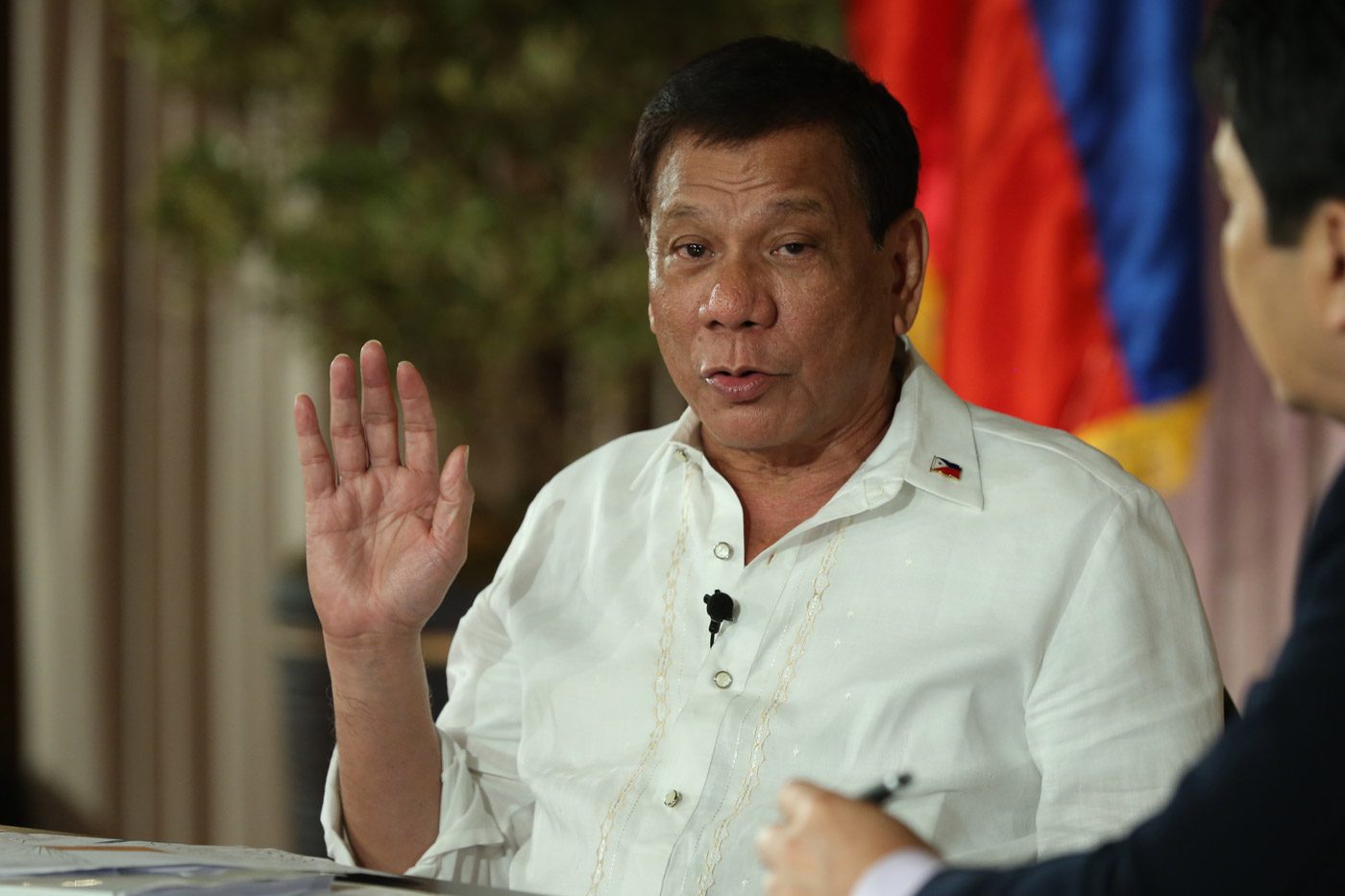 MANILA, Philippines – President Rodrigo Duterte warned that he will order the arrest of officials from the Office of the Ombudsman who will evade an investigation by the “independent body” that he will establish.

In a PTV interview aired in full on Friday, September 29, Duterte said he will “apply for subpoena powers from the courts” to force Ombudsman officials to subject themselves to his “independent” commission.

“‘Pag hindi kayo sumipot, aarestuhin ko. (If you do not show up, I will have you arrested.) I will order the police and the military to arrest you,” Duterte said.

“‘Yan lang ang paraan eh. Hindi diktador ‘yan. (That’s the only way. That’s not being a dictator.) Justice for one, justice for all. Sauce for the gander is sauce for the goose,” he said.

On Thursday, September 28, PTV released snippets from this interview, where Duterte threatened to investigate the Office of the Ombudsman for its “partiality.”

Duterte claimed that he has to set up a commission to probe the Office of the Ombudsman because the agency cannot investigate itself.

“So what is the remedy of the Filipino kung kayo magsihingi (if you will ask for bribes)? Huwag mo akong lokohin. (Do not fool me.) Do not force my hand into it,” he said.

Ombudsman Conchita Carpio Morales reacted on Friday, “Sorry Mr President, but this office shall not be intimidated.”

Weighing in on the issue, Integrated Bar of the Philippines national president Abdiel Dan Elijah Fajardo said of the Office of the Ombudsman, “As an independent body, it must be insulated from political pressure – most especially from the highest political office of the land.” – Rappler.com