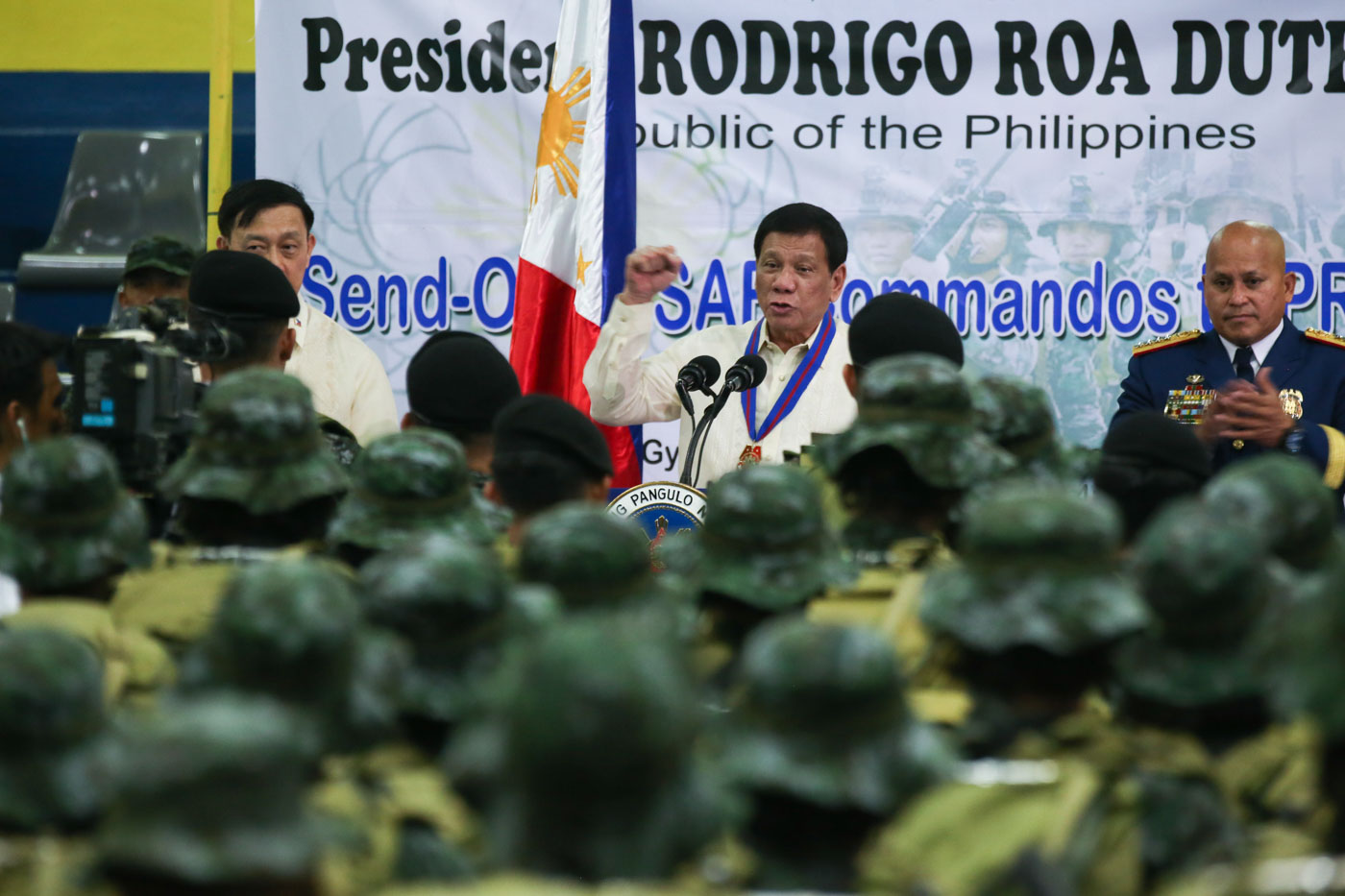 “There are about 9,000 policemen all over the country into drugs. Hindi ganu’n kadali ang problema (The problem is not that easy),” Duterte said on Thursday, September 28, during the 116th Balangiga Encounter Day in Balangiga, Eastern Samar.

The number of drug personalities among policemen is easily 4.6% of the 194,410 members of the Philippine National Police (PNP).

This means that 4 in every 100 policemen use or sell illegal drugs.

It is unclear from Duterte’s statement why he still considers the 9,000 drug personalities as policemen – in other words, why they have not been booted out of the PNP. Duterte too does not cite the basis for his claim.

While these 9,000 alleged drug personalities remain in the PNP, at least 3,850 suspected drug pushers and users have died in police operations in Duterte’s anti-drug campaign, according to latest data from the police.

This does not include at least 2,290 others that the PNP considers as drug-related “homicide cases under investigation.”

These killings come as the number of drug users continues to rise, based on information from the government itself.

At the United Nations on September 23, Foreign Secretary Alan Peter Cayetano said that an estimated “4 to 7 million people have been using drugs or are becoming dependent on drugs” in the Philippines.

When Duterte was campaigning for the presidency in late 2015, the long-time Davao City mayor pegged the number of drug addicts at 3 million. – Rappler.com