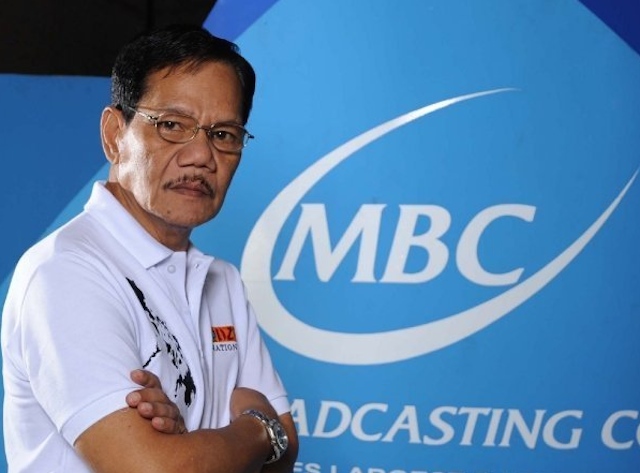 Taruc anchored Damdaming Bayan and Pangunahing Balita on dzRH, where he was vice president. He just turned 70 on September 17.

The Taruc family then requested some time to mourn his death and celebrate his life in private. “Announcements will soon be made regarding the details for his wake and interment,” he added.

In a tweet, Senator Juan Edgardo Angara remembered Taruc as an “institution in the broadcast industry.”

“As someone undergoing dialysis, he supported our free dialysis bill,” Angara said.

(May he serve as an inspiration to present and future journalists. We offer our condolences to his family and listeners nationwide.)

“Manong Joe was an institution in the radio broadcast industry. A multi-awarded journalist, Mr Taruc became the pillar of dzRH where he held several key positions,” said presidential spokesperson Ernesto Abella in a statement.

“The nation mourns the passing of radio broadcast giant Joe Taruc. He will be missed,” Abella added.

“I will forever be grateful,” said Andanar, himself a broadcaster before joining government. – Rappler.com