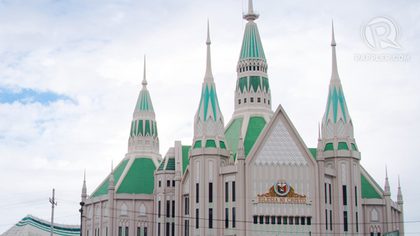 MANILA, Philippines – Malacañang is not worried by the Iglesia ni Cristo (INC) grand evangelical mission on Tuesday, and even welcomed it, since it has received an assurance that it would be a religious activity and not a political event.

“We welcome the INC  in their evangelical activity. We don’t have any worries that they will turn [it] into a political rally because that is also what they also told us—that it’s going to be a grand evangelical mission,” Presidential Spokesman Edwin Lacierda said in a news briefing.

Responding to questions, Lacierda said that President Aquino might not have received an invitation to attend the event at the Quirino grandstand, which is expected to be attended by millions of INC members, but told reporters that he would check.

He said government employees who are also INC members would be allowed to attend the rally if they ask permission from their chiefs. Their absence would be deducted from their leave credits.

He said that “some of them were asking permission if they can attend because it is a church activity,” but added that these government employees are not from his office. – Rappler.com