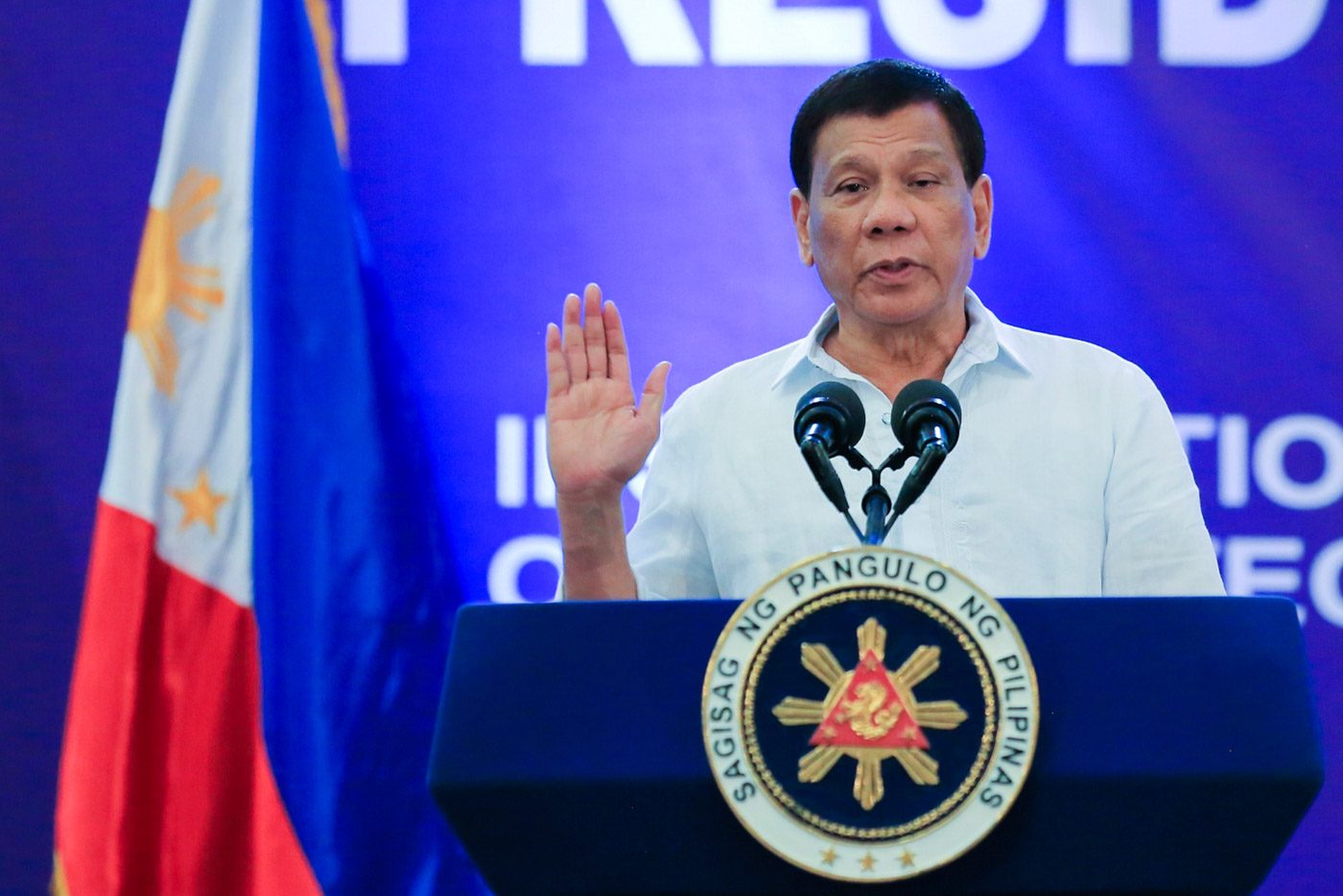 Facebook Twitter Copy URL
Copied
'If we cannot agree with each other, then let us decide to submit it to the Armed Forces kasi magkagulo tayo,' says President Rodrigo Duterte

MANILA, Philippines – President Rodrigo Duterte challenged Ombudsman Conchita Carpio Morales and Supreme Court (SC) Chief Justice Maria Lourdes Sereno to resign with him, saying that if none of them get the authority to investigate each other for corruption then it will be the military who will do so.

“And when the time comes, if we cannot agree with each other, then let us decide to submit it to the Armed Forces kasi magkagulo tayo (otherwise we will be in chaos),” Duterte said on Saturday, September 30, during the induction of new officers of the Integrated Bar of the Philippines (IBP) Davao City Chapter.

But amid questions over whether or not the President or Malacañang has the authority to investigate the Ombudsman, Duterte said he will not let it be decided by the SC either. In saying so, Duterte hit Sereno, who is facing an impeachment complaint before the House of Representatives.

“Now look, I will not submit jurisdiction to the Ombudsman. Okay? If we cannot decide how to do it, then I will not – Congress refuses it. The Supreme Court is headed by – I’m not saying the membership, I have deep respect for the…Kilala ko…Pero ito, if it’s headed by a corrupt [official], wala sa SALN diyan ‘yung Piatco na ‘yan. Piatco na nabalita ‘yan, the legal circle (I know them… But if it’s headed by a corrupt official, Piatco was not included in her SALN, Piatco which was already reported in the news, in the legal circle),” the President said.

“The Armed Forces and the police will decide it for us para hindi magkagulo-gulo itong bayan (so the nation won’t be in shambles),” he added.

Duterte was referring to allegations that Sereno did not declare in her Statement of Assets, Liabilities, and Net Worth (SALN) P30 million in earnings from defending the government against a case filed by the Philippine International Air Terminals Company (Piatco) from 2004 to 2009.

Duterte said he, Morales, and Sereno should resign and submit themselves to an investigation.

“I challenge the two, we will go to Congress, in a simple ceremony, we sign the letter of resignation… Then let us open all the books pati inyo (including yours),” he said.

In the same speech, however, the President insisted he has the authority to investigate the Ombudsman, and accused the office and its investigators of asking for payoffs in cases they file against officials, particularly soldiers and police.