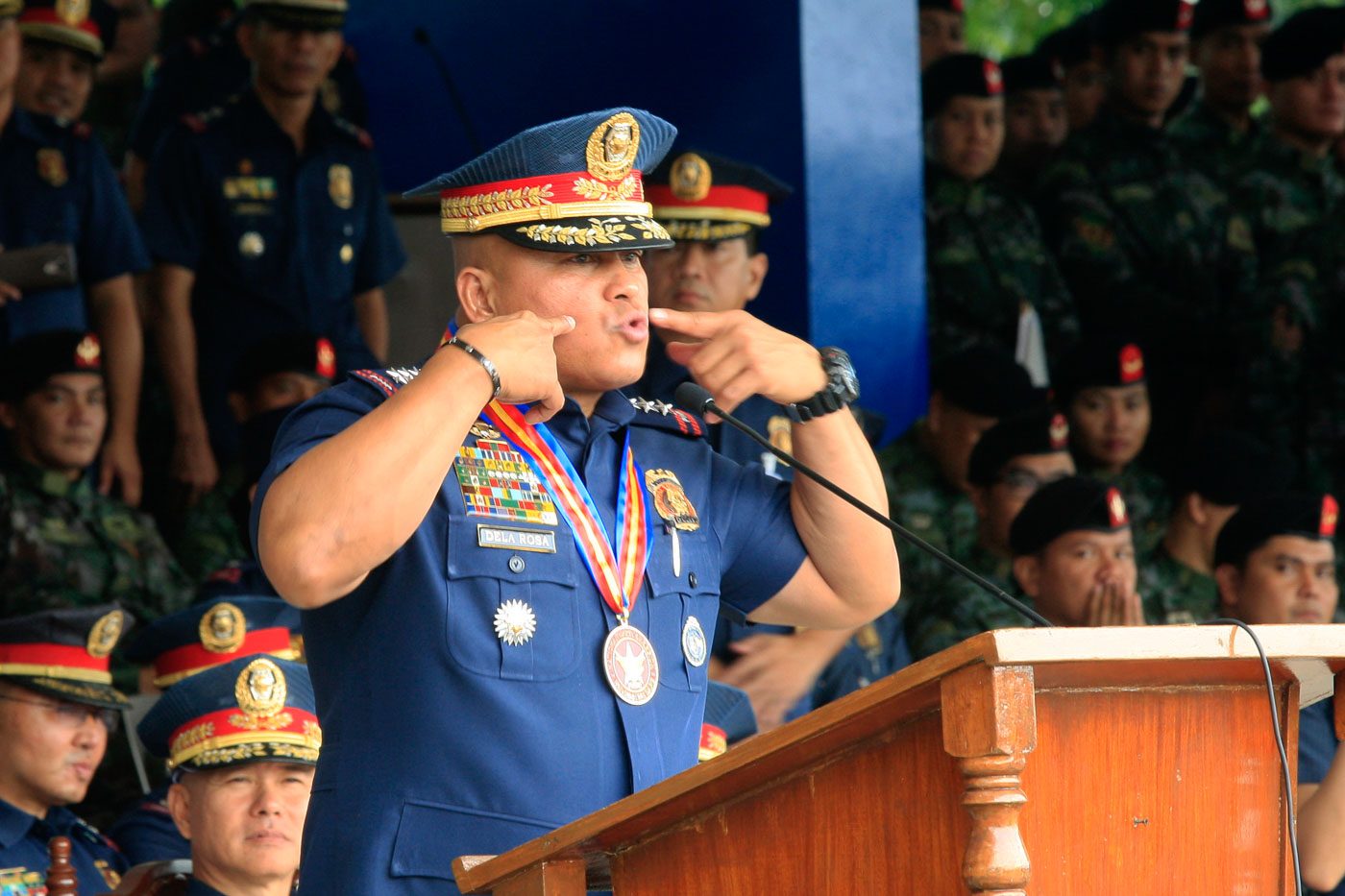 Speaking to sacked Caloocan cops on the first day of their retraining and reorientation, Dela Rosa recounted his visit to China for the International Police Organization (Interpol) General Assembly. He recalled that he was accompanied by a liaison officer from the Chinese police, who heard he was a “hero” from Chinese media.

The PNP chief said he asked the Chinese cop where she got that impression, and she cited Chinese media.

“Sabi ko (I said) no, no, no, no. According to Philippine media, I am [a] villain in the Philippines. Baka fake news ang nabasa mo (Maybe you read fake news),” he said.

Dela Rosa urged the sacked cops to improve because, according to him, the media is hounding them.

(Be careful, let’s act according to the rule of law, always observe human rights. Why? We should observe because if we commit even just a small mistake, the media will blow it out of proportion, that’s for sure.)

(Did ABS-CBN repeatedly show his story, show him in the news? They didn’t, right? It’s not good news for them so they didn’t show it.)

Pressure from the press?

Asked to clarify his remarks after the program, Dela Rosa said he was just “frustrated,” and it appears to him that the media seeks to incite hate.

(Why do you keep on emphasizing the issue? It’s like you’re urging the Filipino people to get angry at the police, to hate the Duterte administration.)

Dela Rosa was referring to the high-profile cases of Kian delos Santos and Carl Arnaiz, which have been extensively covered by the media. Their deaths sparked widespread outrage, and prompted the PNP to sack the Caloocan cops.

Investigations are still ongoing into the cases of the two boys, while suspects in the killings of Anicete and Senior Police Officer 1 Junior Hilario have been jailed.

Dela Rosa closed his speech by telling the cops to march on cautiously, but passionately.

(Whether we appear as a villain to everyone, just keep in mind and in heart that becoming a cop is public service. Don’t mind the criticism, we don’t have to make ourselves look good or be popular.) – Rappler.com