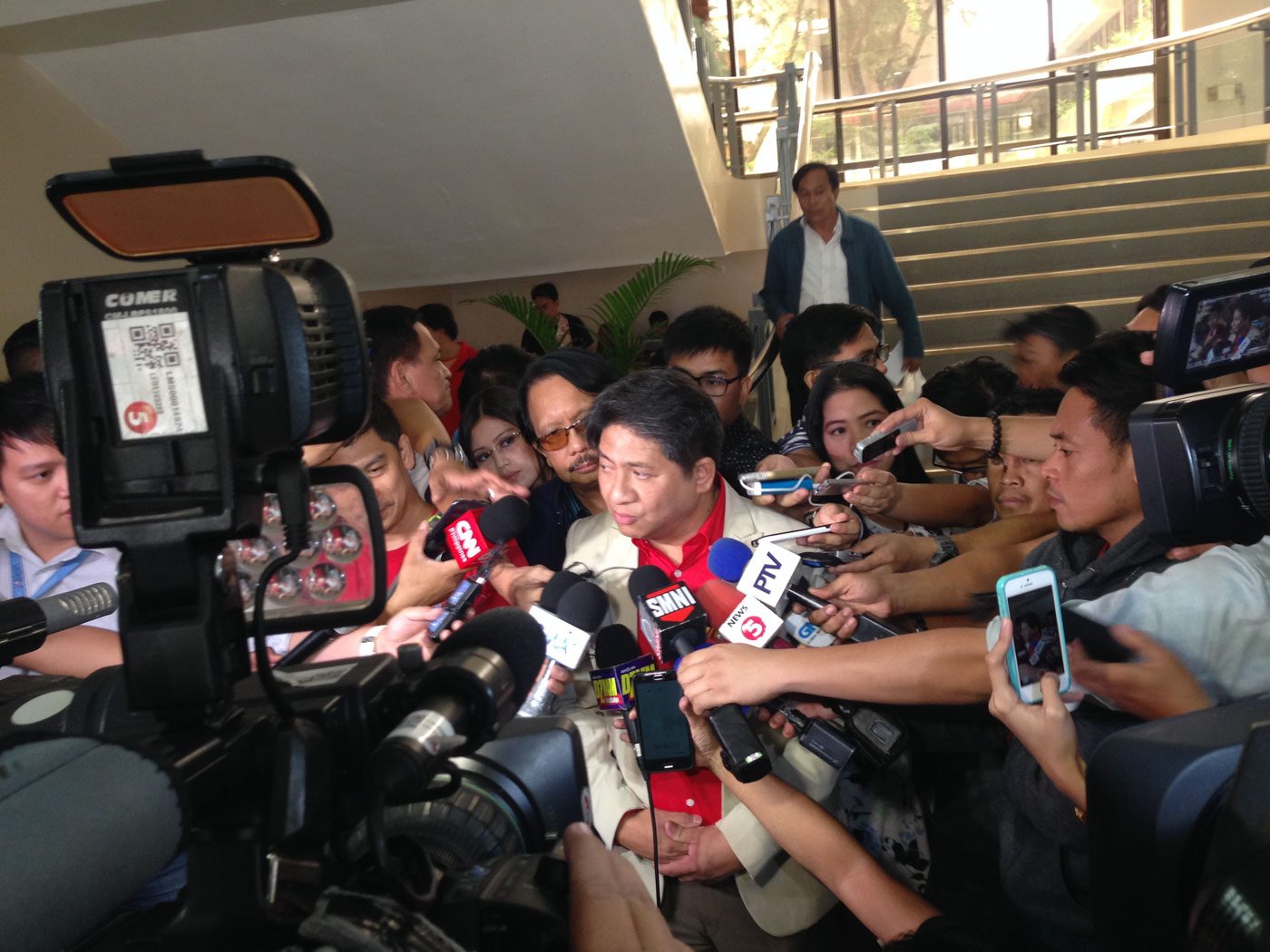 Facebook Twitter Copy URL
Copied
Chief Justice Maria Lourdes Sereno, who faces an impeachment complaint before the House, is the recipient of another 'challenge'

MANILA, Philippines – After her camp thumbed down a presidential “challenge” to step down from office, Chief Justice Maria Lourdes Sereno was served another challenge anew: sign a waiver for “all banks to fully disclose” all her transactions, including current balances.

The challenger? Lawyer Larry Gadon, the complainant in an impeachment case filed against Sereno before the House of Representatives.

“I challenge CJ Sereno to issue an unequivocal, straightforward waiver to all banks to fully disclose her bank accounts including all transactions, entries of deposits and withdrawals, dates of entries and transactions, and current balances,” Gadon said in a text message to reporters on Monday, October 2.

The impeachment complaint that Gadon filed against Sereno is pending before the House committee on justice, with both sides filing their responses ahead of the panel’s vote to determine whether there is probable cause to pursue the complaint. The committee earlier decided it was sufficient in both form and substance.

Gadon added: “The general waiver stated in the Statement of Assets, Liabilities, and Net Worth (SALN) giving authority to the opening of financial records does not cover all bank accounts. Waiver on bank accounts should be specific.”

The lawyer wants Sereno impeached because she allegedly made decisions without the Supreme Court (SC) en banc’s approval and was supposedly dishonest in her SALN, among other things.

Her camp insists these issues are not impeachable offenses and is asking that the House committee junk the complaint outright. (WATCH: Rappler Talk: Chief Justice Sereno’s impeachment case, and her oppositors in SC) – Rappler.com