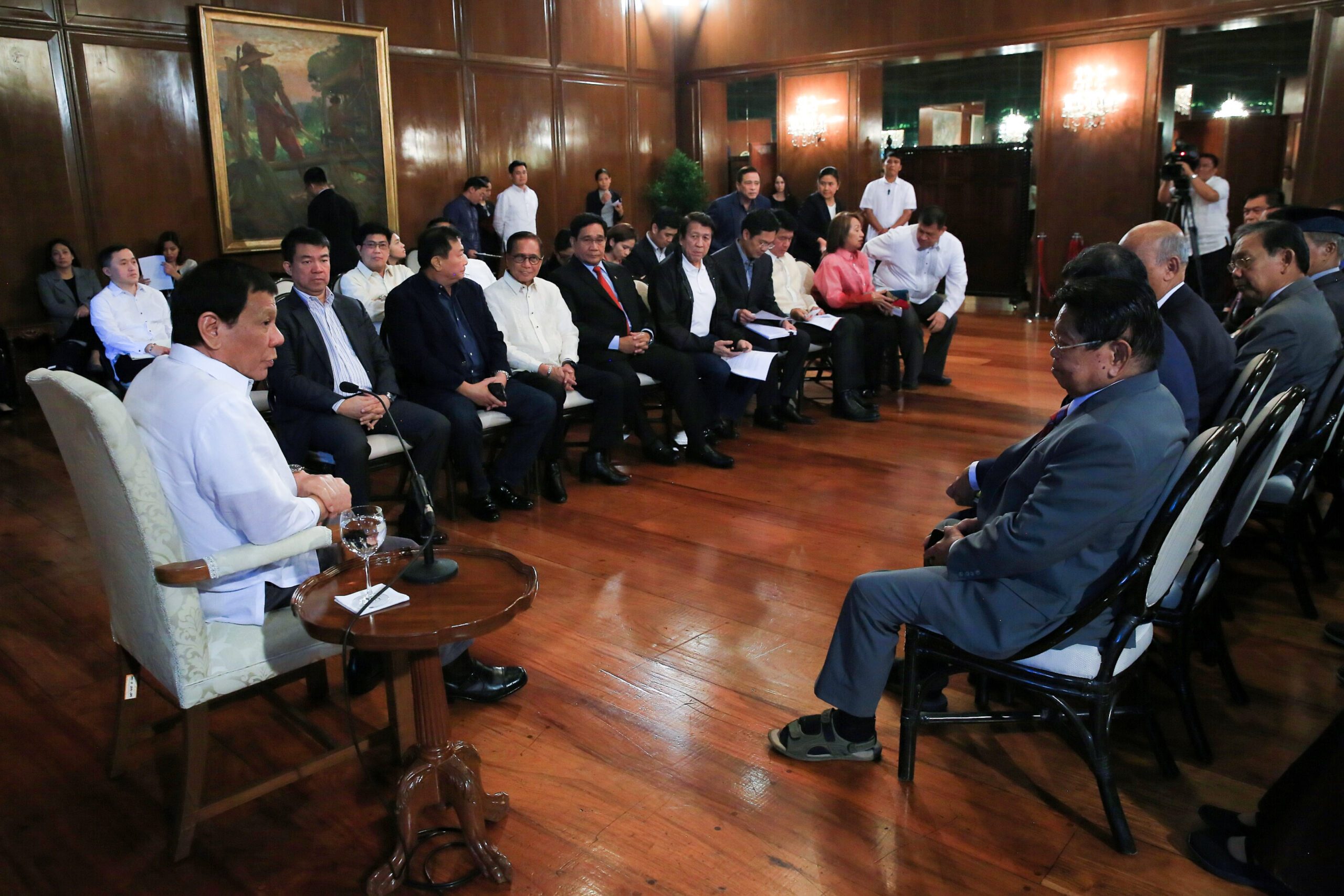 MANILA, Philippines –  Top officials of the House of Representatives have filed the Bangsamoro Transition Committee‘s version of the proposed Bangsamoro Basic Law (BBL).

More than two months after the BTC submitted its draft bill to Malacañang, House leaders filed House Bill Number 6475, which seeks to abolish the Autonomous Region in Muslim Mindanao (ARMM) and create in its place a new Bangsamoro region.

In a phone interview with reporters on Monday, October 2, Tawi-Tawi Representative Ruby Sahali, one of the bill’s authors, said the latest version of the BBL filed before the House is the “same type” as the one submitted in 2014.

Sahali, chairman of the House peace, reconciliation, and unity committee, said only minor charges were made as the BTC, summoned by Duterte, crafted an updated version of the bill.

Sahali said that the last time she spoke to Chief Peace Adviser Jesus Dureza in 2016, he had targeted the bill to pass the House on 3rd and final reading by December 2017. A plebiscite on the new region was scheduled for May 2018.

The House, had factored this in when it decided to postpone the scheduled barangay and Sanggunian Kabataan elections to May 2018. The intention was to hold this alongside the plebiscite.

Can the House pull it off?

Now that the bill has been filed, it will be referred to the appropriate committee to begin deliberations. Sahali expects extensive debate on the same contentious provisions, including the opt-in clause.

Five years after the ratification of this Basic Law and every five years thereafter for a period of 25 years, a plebiscite shall be held in the cities, municipalities, and other geographic areas which were not able to join the Bangsamoro as a result of the plebiscite mentioned in the three preceding sections, to determine whether or not they desire to join the Bangsamoro.

The contiguous provinces, cities, municipalities, barangays, and other geographic areas particularly mentioned in the 1976 Tripoli Agreement and 1996 Final Peace Agreement, other than those mentioned in the preceding three sections, may opt to join the Bangsamoro through the periodic plebiscite mentioned in the preceding paragraph, provided, that a petition signed by 10 percent of the registered voters or a resolution of the local government units of each province, city, municipality or other contiguous geographic area opting to join is submitted to their respective election offices at least one (1) year prior to the scheduled plebiscite.

There are other pending House bills seeking to create a Bangsamoro region. During session on Monday, the House changed the referral of House Bills 92, 6121, and 6263 – different versions of the BBL.

It was referred to the committees on local government and Muslim affairs earlier. The special committee on peace, reconciliation, and unity will now be part of deliberations on the proposed law. – Rappler.com