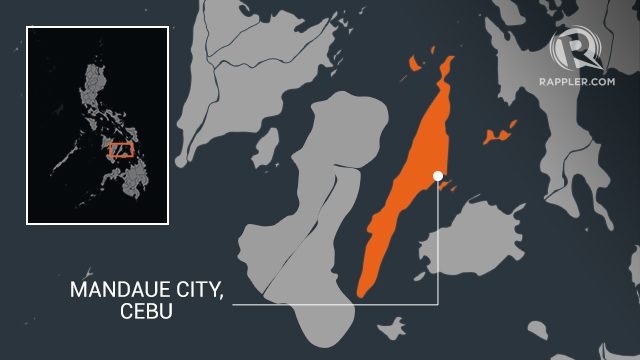 CEBU, Philippines – Police claimed 3 brothers killed in an anti-drug operation on Monday, October 2, inside their house at the compound of the Cebu International Convention Center (CICC) allegedly belonged to a notorious drug syndicate with members inside the Mandaue City jail.

The brothers spent five years inside the said jail for a murder case. They were, however, released last Friday, September 29, under the Supreme Court’s Enhanced Justice on Wheels program.

“They have been trained by members of the Sadaya Drug Group while inside. Once they were released last Friday, they immediately started selling drugs,” Alanas said, refuting claims of the Umpad brothers’ mother, Jean, who insisted that her sons were not involved in illegal drugs.

Alanas, however, assured the MCPO will investigate the conduct of the buy-bust operation initiated by elements of the Mandaue City Police Station 3, although he saw no irregularity in the said operation.

Chief Inspector Inspector Michelangelo Beltran, chief of the Mandaue Police Station 3, insisted that the operation was legitimate and the buy-bust was consummated. He earlier claimed that one of the brothers opened fire at the operatives, prompting the police to fire back.

The Police Regional Office (PRO) 7 meanwhile said it does not oppose the move of the Umpad family in seeking assistance from the Commission on Human Rights (CHR) 7 to investigate the case.

Senior Superintendent Jonathan Cabal, chief of the Regional Intelligence Division of PRO 7, said that while the investigation is ongoing, there is a presumption of regularity in the conduct of the operation that resulted in the Umpad brothers’ deaths.

“Wala namang  sacred cow sa PNP kung may kasalanan but there is presumption of regularity until the result of investigation is out,” Cabal told reporters.

(There is no sacred cow in the PNP if someone’s at fault, but there is presumption of regularity until the result of an investigation is out.)

He added the PRO 7 will also conduct an investigation, as ordered by PRO 7 director Chief Supt. Jose Mario Espino.

“The decision of the PRO 7 will be for the benefit of the greater good,” Cabal said.

The mother of the Umpad brothers has not officially filed a complaint with the CHR as she fears for the safety of her other son, Rustom, who is in police custody, once she files charges against the police. – Rappler.com