Senators clash again over resolution vs killings in public hearing 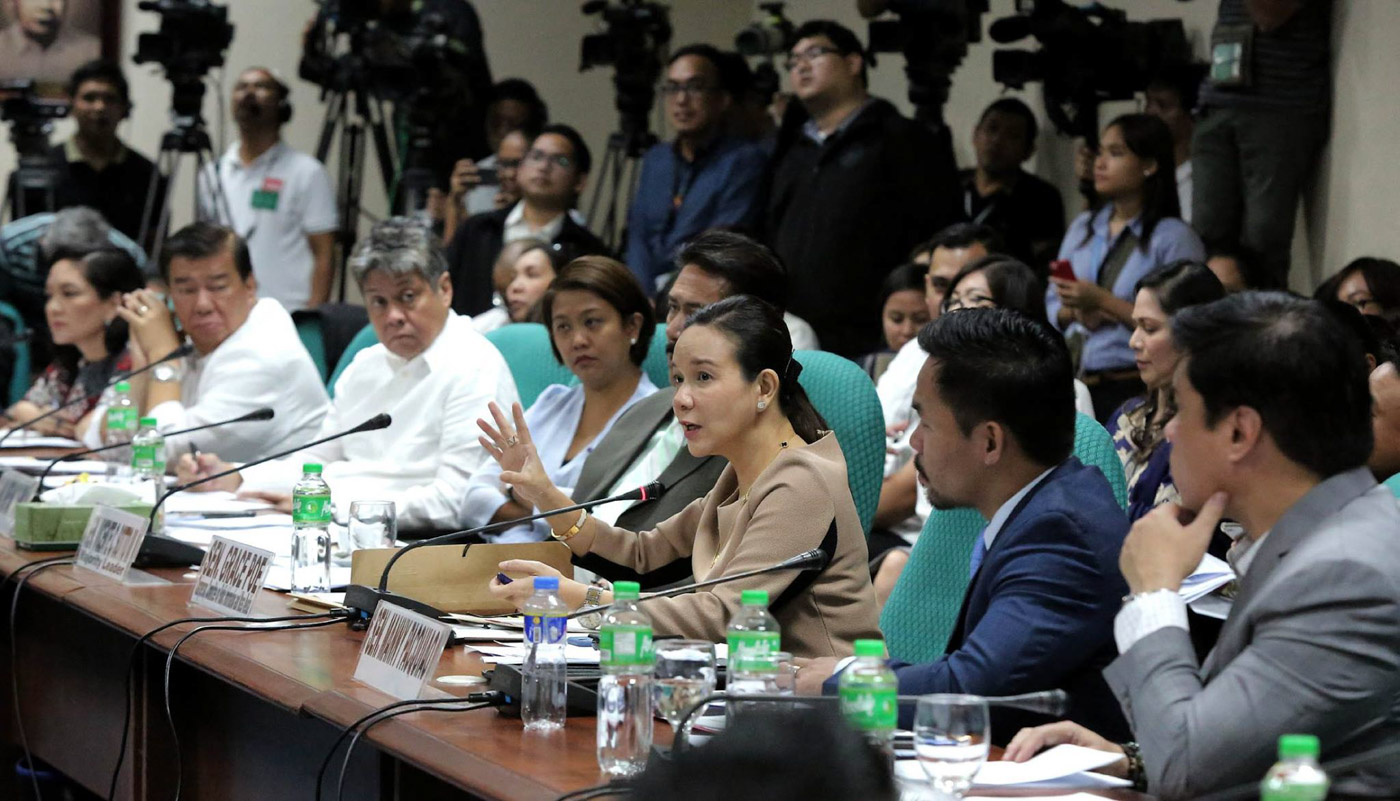 MANILA, Philippines – Senators clashed again on Wednesday, October 4, over the resolution condemning the killings of minors but this time, in front of resource persons in a Senate hearing on fake news online.

Senate Majority  Leader Vicente Sotto III, in his opening speech, said he would “hunt down” the people behind the #SilentNoMorePH blog, which earlier tagged the 7 senators who did not sign the resolution as Malacañang’s lapdogs.

Aside from Sotto, others who were not able to sign the measure were Senate President Aquilino Pimentel III, and Senators Richard Gordon, Juan Miguel Zubiri, Manny Pacquiao, Cynthia Villar, and Gregorio Honasan.

Pacquiao then delved into the issue once again and claimed he did not see the resolution.

Pangilinan said the Senate resolution was filed on September 25 but days before that, his chief-of-staff, Herminio Bagro III, sent copies to the e-mails of Sotto, Honasan, Gordon, Zubiri, and Villar. But the copy was not sent to Pimentel and Pacquiao, party mates of President Rodrigo Duterte in PDP-Laban.

“Base diyan sa paliwanag, maliwanagan po sana sa ibang kasamahan at media na wala hong attempt na ito’y ilihim sa kapwa senador (Based on that explanation, I hope it would be clear to our other colleagues and the media that there is no attempt to keep this from our fellow senators),” Pangilinan said.

But Sotto said even if the document was e-mailed, the senators could not sign it. Sotto then asked Pangilinan to categorically state that reports claiming the 7 senators refused to sign the resolution are inaccurate.

“We cannot sign the email. Were the other 16 who signed sent the e-mail? So the news is incorrect that we refused to sign,” Sotto said.

Pangilinan then said that such reports are wrong.

After the clash, Villar and Zubiri also separately reiterated their manifestation that they did not get copies of the document ahead of filing.

On September 27, senators bickered on the floor over the same issue, prompting the Senate to investigate the proliferation of fake news online. – Rappler.com