‘DFA needs me more than I need them’ – Thinking Pinoy 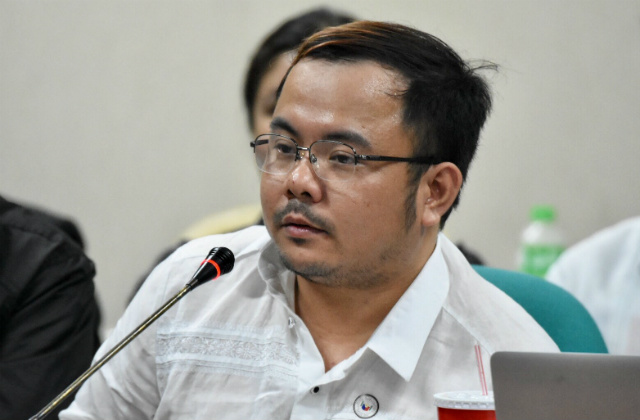 MANILA, Philippines – Pro-Duterte blogger Rey Joseph Nieto, also known as “Thinking Pinoy,” boasted about being an asset to the Department of Foreign Affairs (DFA), as he is now a consultant for the agency.

In a Senate hearing on Wednesday, October 4, Nieto also admitted he receives P12,000 ($235) every month from the DFA so that he can “lend” his platform to reach more overseas Filipino workers (OFWs).

He said this amount is just a “pittance.”

“If I were just given a choice, I don’t want to work in DFA. Parang alila lang kami doon eh (We’re just like slaves there), and I only get P12,000. It’s not even enough to pay for taxi,” Nieto said.

“It’s just that DFA needs me more than I need them, and we want to help the government succeed,” the pro-Duterte blogger added.

“Hindi po ako nagyayabang (I’m not bragging),” he continued. “I’m just helping them, because I have 700,000 followers, and my engagement is equal to about Inquirer plus Rappler, my engagement on Facebook, and I basically want to lend my platform so that we can reach out easier to OFWs.”

Nieto on Wednesday said he is “head of strategic communications” for the DFA Office of the Undersecretary for Migrant Workers’ Affairs (OUMWA).

OUMWA is now headed by Undersecretary Sarah Lou Arriola, who served as then-Senator Alan Peter Cayetano’s chief of staff at the Senate. Cayetano was Duterte’s defeated running mate in the 2016 elections.