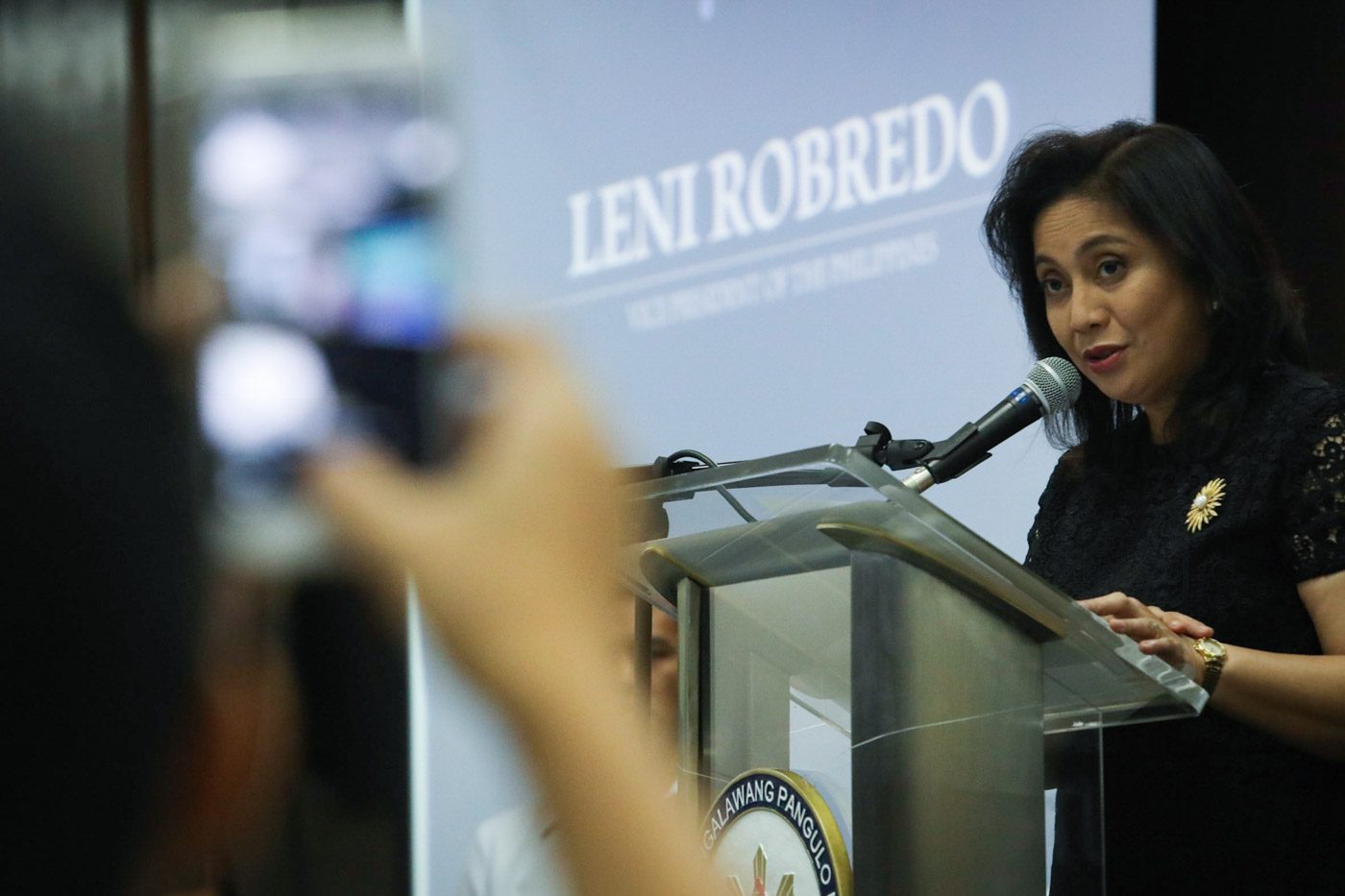 Robredo did not mention any names, but she said those who were invited to the Senate hearing on the spread of fake news were “unapologetic” and “arrogant.”

(First, some of the people invited to the Senate were the ones who started the lies against me, but they were unapologetic. It seems they aren’t ashamed of it. What’s worse is that they are being arrogant and smug about it.)

Among those invited to the Senate hearing were Communications Assistant Secretary Mocha Uson and Thinking Pinoy blogger Rey Joseph Nieto, who told senators he is now a consultant at the Department of Foreign Affairs (DFA). (READ: Thinking Pinoy didn’t tell Senate he won consultancy at BCDA)

Uson and Nieto are known for their hateful comments against the Vice President. They both supported ouster calls against Robredo.

The Vice President, however, said she did not want to dignify the purveyors of lies against her. Robredo then said that her critics’ actions are an insult to other government officials who do their job well.

(For me, this is an insult to many government officials who are serving the people even if they are getting paid little for it. I believe that being able to serve Filipinos is a privilege not given to many.)

Robredo also called out Nieto for saying the DFA needed him more than he needed them.

(For you to say that you don’t need the government, that the government needs you more, is that how we are as Filipinos? We’re not like this.)

(This is my realization when I was watching yesterday: Are we going to let evil like this prevail?)

This view was not shared by former senator Ferdinand “Bongbong” Marcos Jr, who had accused Robredo of cheating in the May 2016 polls and filed an electoral protest against her.

Marcos said readers should just avoid reading blogs and posts they believe are spreading false information, instead of telling bloggers to be more responsible and accountable for their posts. He also said the Marcos family has long been a victim of fake news. – Rappler.com