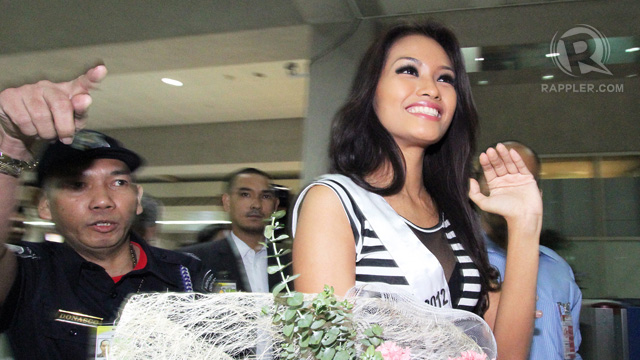 MANILA, Philippines –  There is no definite schedule yet but Malacañang said it is making arrangements for the courtesy call of Miss Universe 2012 first runner-up Janine Tugonon to President Benigno Aquino III.

“We’re still finding a schedule. But certainly we await her courtesy call. The President certainly would like to congratulate her personally. We will find a schedule,” presidential spokesperson Edwin Lacierda told reporters on Sunday, December 23.

Lacierda said the holiday schedule of Aquino, who will take a 3-day vacation, has not been finalized.

“We will let you know when we can get a schedule. But certainly we will be able to schedule a courtesy call by Miss Tugonon,” Lacierda said.

“We are all very proud of the achievement that she has done. We really watched it and for all of us in the office who watched it was really a down-to-the wire, very exciting pageant,” he said.

“We’re very, very proud of Miss Tugonon and we are very impressed with her, with her composure. She has grace under pressure,” he added. – Rappler.com