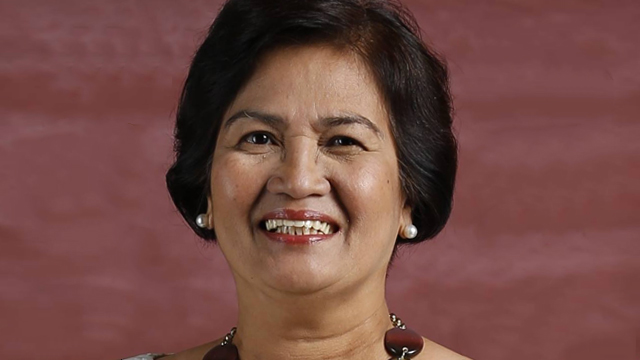 “You will be terribly missed, Congresswoman Dina Abad. The nation lost another treasure,” Robredo said.

The Abad family has yet to issue a statement on the lawmaker’s passing.

An LP member, Abad headed the House committee on government reorganization in the 17th Congress until she was stripped of the post for not voting in favor of the controversial death penalty bill.

She was also among the lawmakers who pushed for the passage of the reproductive health law.

Our deepest condolences to the family of Rep Dina Abad. She fought every battle like it was her last – with ferocity and integrity. #padayon

RiP Cong Dina Abad. A respected former colleague in the House. Our prayers go out to Sec Butch, Sec Julia and their family

I just learned that a wonderful colleague and progressive law maker passed away. Ill miss my Nanay in Congress. RiP Dina Abad.

Aside from her stint in the House, Abad was also a longtime professor at the Ateneo de Manila University. She served as the founding dean of the Ateneo School of Government (ASoG).

Abad graduated with an Economics degree from Miriam College (formerly Maryknoll College). She then obtained her Masters in Public Administration at Harvard University’s John F. Kennedy School of Government. – Rappler.com