Oct 9, 2017 11:45 AM PHT
Rambo Talabong
Facebook Twitter Copy URL
Copied
The PNP probes its own investigators to find out if they have been looking into the rise in deaths since the declaration of the drug war 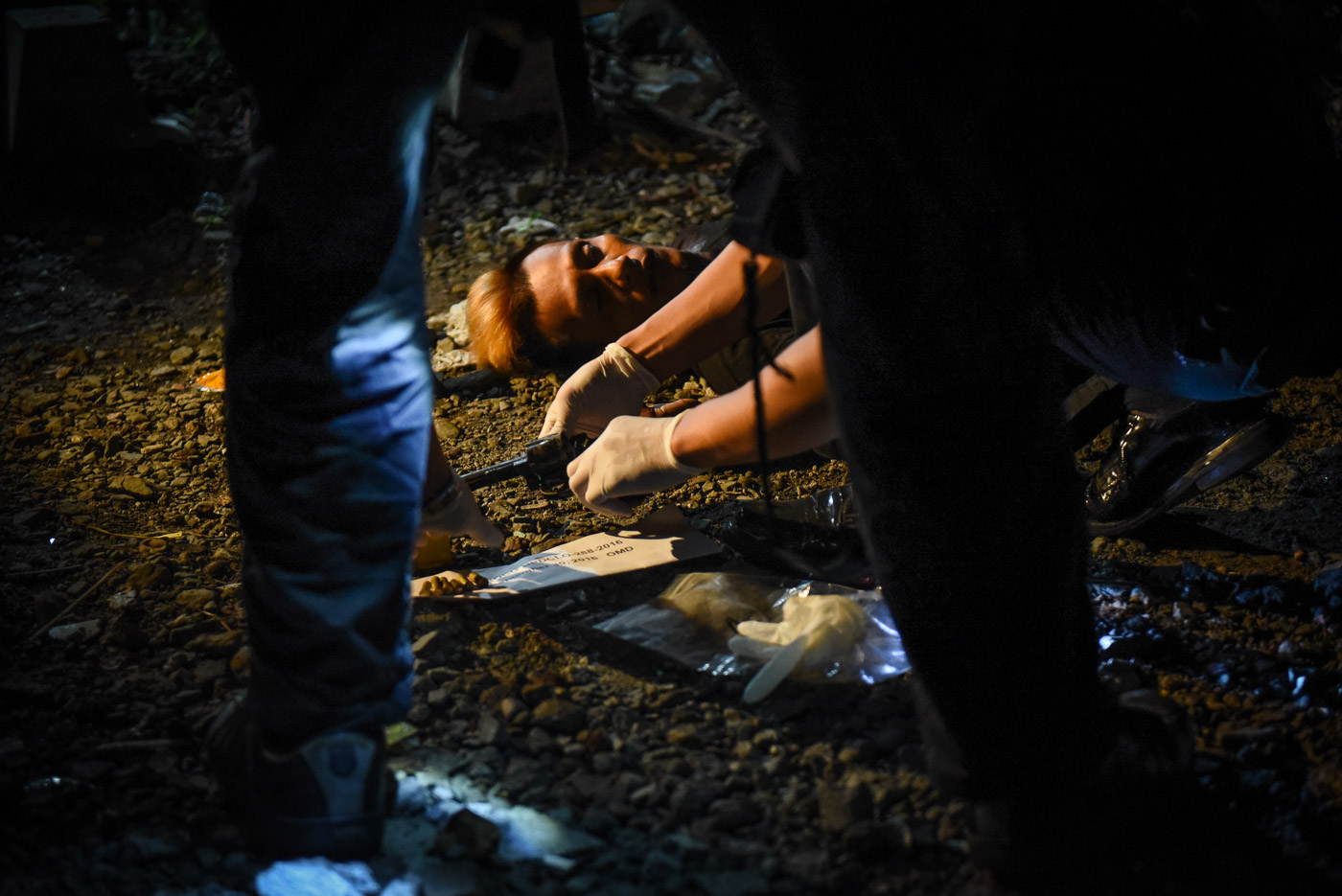 MANILA, Philippines – The Philippine National Police (PNP) Internal Affairs Service (IAS) has started to scrutinize records of cop investigators through their commanders nationwide to see if they have been diligent in digging in on their cases, specifically their files on killings.

If the IAS finds that they have not been “effective” or “efficient” detectives, it will recommend them to be temporarily relieved from service, IAS chief Inspector General Alfegar Triambulo said Monday, October 9.

(We now have a covering team in regional offices to conduct special inspection. We will audit their performance if they are effective or efficient. We will recommend that they be relieved for being ineffective and inefficient.)

This comes after the PNP announced that in their operations, they have killed at least 3,850 drug suspects.  Critics have alleged these are victims of extrajudicial killings.

By effective, Triambulo meant investigators looking into all cases in their areas of responsibility. (READ: PNP internal probe finds that cops conspired to murder Kian)

“Halimbawa…kung ang nareport nila ay–ang nareport sa kanilang patay ay sampu at ang kanilang folder ay lima so ibig sabihin lima lang ang iniimbisitigahan nila. Ganoon ang pagrererate ng effectiveness,” he said. (For example…if there are 10 killings in their area and they only have 5 cases on their folders. That’s how we will rate effectiveness.)

Efficiency, on the other hand, means the speed of the progress of each investigation. If only the spot report can be found in their folders, Triambulo said, it only means they have not begun examining their cases. (READ: Except for killings, all crimes drop in Duterte’s 1st year)

According to Triambulo, the move is their contribution in ending alleged extrajudicial and vigilante-style killings, hoping that investigators discourage scalawag cops from going rogue in operations.

Because they are in charge of internal affairs, Triambulo reiterated their limit that they only have jurisdiction on cases where a cop is involved.

He said they cannot investigate vigilante killings, despite them being linked to cops, as the actors are not in black and white. “So criminal investigation po ‘yun kasi maraming hindi naman natin alam kung sinong suspect (That falls on the lap of criminal investigators because there are a lot we do not know who the suspects are),” he said.

So far, the PNP IAS has investigated at least 2,000 operations where cops kill suspects. These cases have been labeleled homicides under investigation by the PNP.

Triambulo said that they would have by November the report  recommending which investigators would be relieved. – Rappler.com