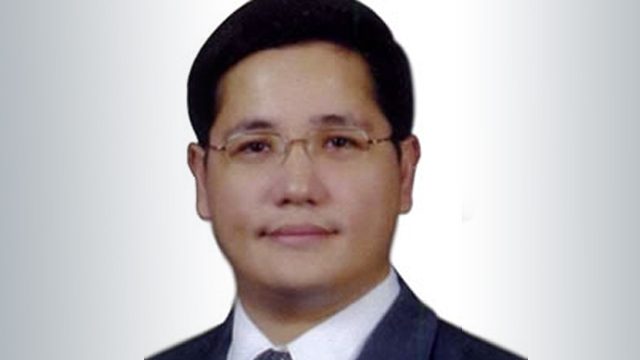 “We confirm receipt of the decision from the Office of the President on the administrative case against ERC Chairman Salazar,” ERC spokesperson Rexie Digal announced on Monday, October 9.

It was last Friday, October 6, when Malacañang issued the dismissal order, saying Salazar was found guilty of simple and grave misconduct in connection with corruption charges.

The two-page order, signed by Executive Secretary Salvador Medialdea, said the Office of the President found Salazar “guilty of two counts of simple misconduct and one count of grave misconduct, and hereby imposes upon him the penalty of dismissal from the service with all accessory penalties.”

The ERC, which is composed of 4 commissioners and a chairperson, said it remains committed to fulfilling its mandate.

“As we have always assured the public from the time these investigations started last year, the ERC remains committed to faithfully performing its mandate under the law, despite and in spite of these administrative challenges,” Digal said.

Commissioner Alfredo Non has been appointed as ERC officer-in-charge.

All 4 commissioners earlier asked the Office of the President to dismiss Salazar.

Malacañang had placed Salazar under preventive suspension back in May, an order which was extended in August for 4 more months.

Salazar is under fire for being linked to the death of ERC Director Francisco Villa Jr, who took his own life. Villa accused Salazar of corruption.

His suspension, which took effect last May 2, stemmed from a complaint accusing him of deceiving Malacañang in filing his travel authority and designating somebody without proper authority as officer-in-charge while he was abroad.

Based on ERC Office Order No. 72 dated April 7, Salazar designated Ronaldo Gomez as officer-in-charge of the agency while he was on leave from April 9 to April 25.

Gomez is currently the agency’s executive director. All 4 commissioners objected to the ERC office order.

Among others, the commissioners cited a January 24, 2017 order from Malacañang, saying Sta Ana was designated as officer-in-charge from April 9 to April 25 and May 11 to May 15. (READ: Palace suspends ERC chairman for ‘insubordination’)

Salazar has since denied any wrongdoing.

Malacañang, however, said “all elements of corruption, clear intent to violate the law, and flagrant disregard of established rule have been sufficiently demonstrated…Accordingly, this Office finds Salazar guilty of grave misconduct.”

The ERC also said Salazar’s issuance of orders on the renewal of power contracts and the appointment of ERC officers without approval of other commissioners constitute simple misconduct.

Following Salazar’s dismissal, Senate energy committee chairman Sherwin Gatchalian called on the ERC to move forward by focusing on the issues in the power industry.

“Admittedly, the leadership struggle at ERC has also slowed down the commission’s performance as regulator of the power sector,” Gatchalian said.

“Now that it has been resolved, the ERC should work double-time to resolve its backlog and take action on pending petitions which have a critical effect on electricity rates and other power sector matters.” – Rappler.com