Pacquiao wants to increase cigarette tax to P60 per pack 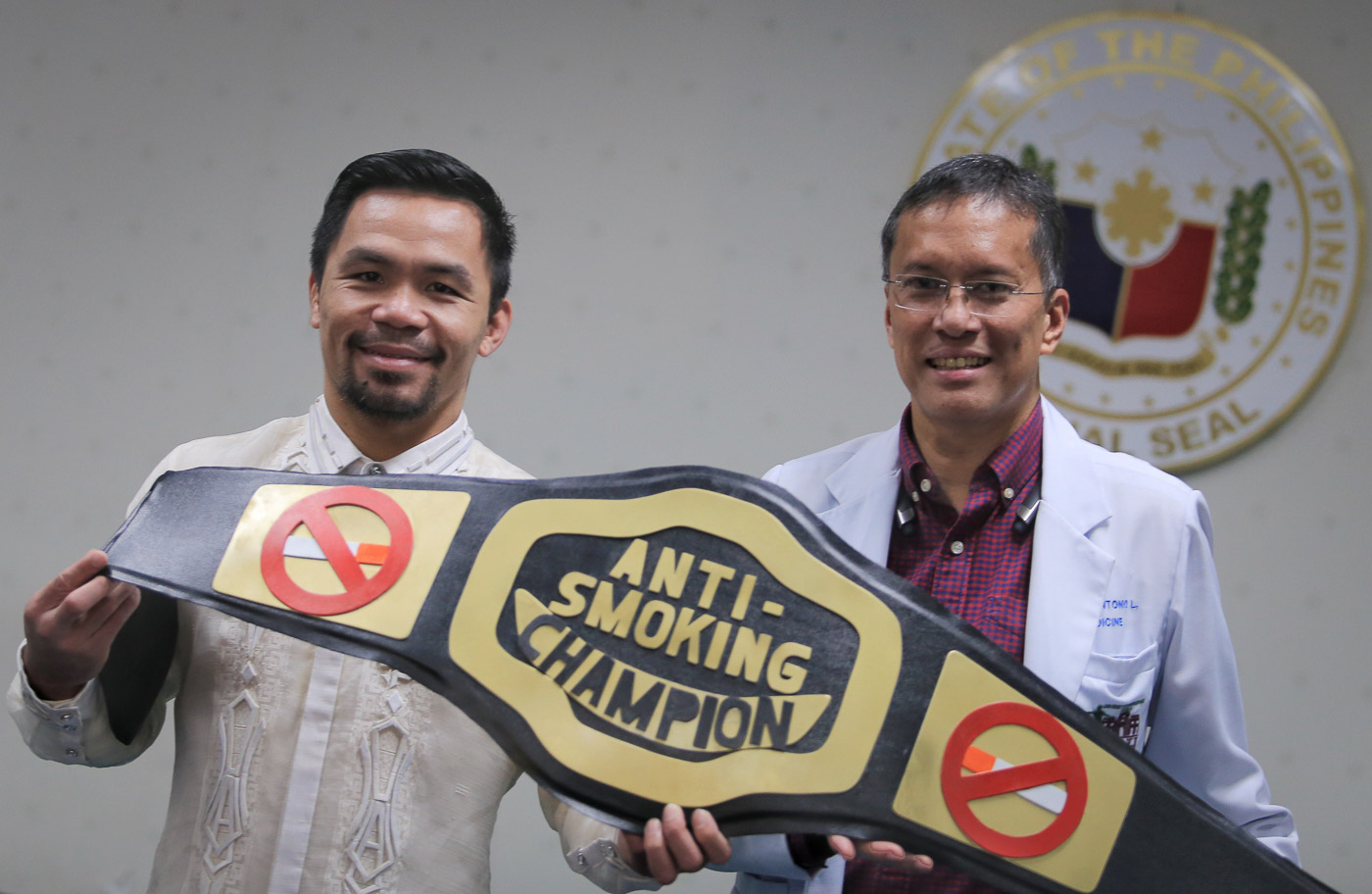 “Malaking dagdag din sa ating gobyerno ‘yan. Biro mo, ‘pag mataas ;yan, makadagdag ng P60 to P70 billion a year (It will be a big addition to government funds. Imagine, it can increase it by P60 to 70 billion a year),” Pacquiao told reporters on Tuesday, October 10.

It remains to be seen if this could be passed before the yearend, as the Senate is busy with the 2018 budget and tax reform.

Asked if he could defend it on the Senate floor, the neophyte senator is confident that he could do it. Pacquiao also said he has never smoked a cigarette.

In pushing for the measure, the senator quoted the Bible and said that the human body is “sacred” and that humans should not “destroy or desecrate it.”

In December 2016, the House of Representatives approved a similar measure, House Bill 4144.

But unlike Pacquiao’s version, the House passed a bill seeking a two-tier tax scheme for cigarettes.

On Tuesday, Pacquiao was also awarded the “championship belt” by Youth for Sin Tax and health leaders for filing the measure. The senator was also joined by the group Sin Tax Coalition.

Pacquiao said he has asked Senate ways and means committee chair Juan Edgardo Angara to include his bill in the first package of the Tax Reform for Acceleration and Inclusion (TRAIN), which is eyed to be passed by December.

But Angara is non-committal. In a statement, he said the committee is “open” to amending the Sin Tax Law, which funds Philippine health Insurance Corporation (PhilHealth) premiums, after government agencies submit studies, analysis, and proposals.

“While the Senate committee is open to reviewing and amending the sin tax law, it shall consider proposals as soon as the appropriate government agencies have submitted additional and substantial studies and analysis,” Angara said. – Rappler.com