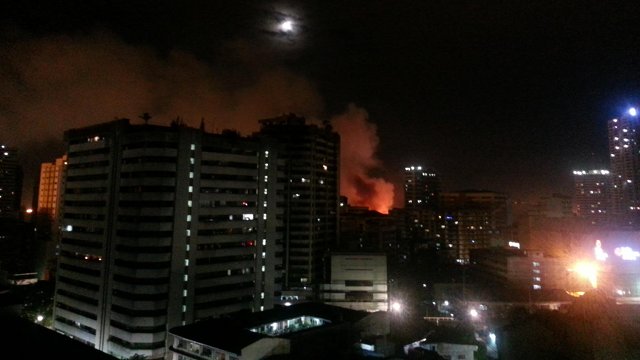 A 3-story commercial building located between M. De los Santos and Tabora streets in front of the New Divisoria Mall caught fire at half past midnight on Christmas eve. The cause of the fire was still unknown although it spread quickly because of the fabrics, plastic toys and fireworks being sold in the building. Early reports said the fire on Sun Master Building, owned by Lucio Co, was suspected to have been caused by firecrackers. The fire alert level reached Task Force Charlie by 5:45 am. By past 10 am Monday, December 24, the fire was put under control. The estimated damage of the fire was pegged at P1 million. Divisoria is a popular destination of shoppers in search of good bargains especially during the Christmas season.