Oct 10, 2017 6:44 PM PHT
Raymon Dullana
Facebook Twitter Copy URL
Copied
In its complaint, the Ombudsman says Padaca did not file her SALN from 2007-2010 during as her stint as Isabela governor 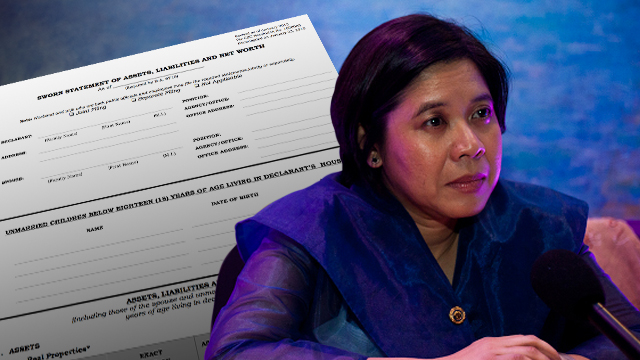 CAGAYAN, Philippines – The Sandiganbayan set a P4,000 fine for former Isabela Governor Grace Padaca, caused by her failing to file her Statement of Assets, Liabilities, and Net Worth (SALN).

In a decision put into effect on September 27, the Sandiganbayan found Padaca guilty of 4 counts of violation of the Republic Act 6713, or the Code of Conduct and Ethical Standards for Public Officials and Employees.

“Considering the voluntary plea of guilty of the accused, and conformable with the provisions of Section 11(a) of RA 6713, the court hereby sentences her to pay a fine of P1,000 in each of the four criminal cases aforementioned, or the total amount of P4,000,” the anti-graft said in its three-page decision.

The Ombudsman in October 2015 filed graft charges against Padaca for “willfully, unlawfully and criminally” failing to submit the mandated SALN report of her properties, in “utter disregard of her official obligation.”

In its complaint, the Ombudsman accused Padaca of not filing her SALN from 2007-2010 during as her stint as Isabela governor.

Sought for comment, Padaca told Rappler the decision was “good news – not great – but good.”

In the earlier proceedings, Padaca pleaded not guilty. Her camp suspected that the files were “intentionally” lost or not submitted by the HR Department.

Padaca said she “immediately re-filed” her SALNs with the office of the Deputy Ombudsman upon discovery that her SALNs were “missing.”

But in the hearing on September 27, Padaca’s camp requested the Sandiganbayan’s Second Division for re-arraignment to change to former governor’s plea to guilty.

The Sandiganbayan, noting no objection from the Ombudsman, proceeded with the re-arraignment on the same hearing.

“Upon being personally asked by the court, accused Padaca affirmed the manifestation of her counsel and declared that she understands the nature and cause of the accusations against her. She therefore entered a plea of guilty to the charges,” the Sandiganbayan said. – Rappler.com