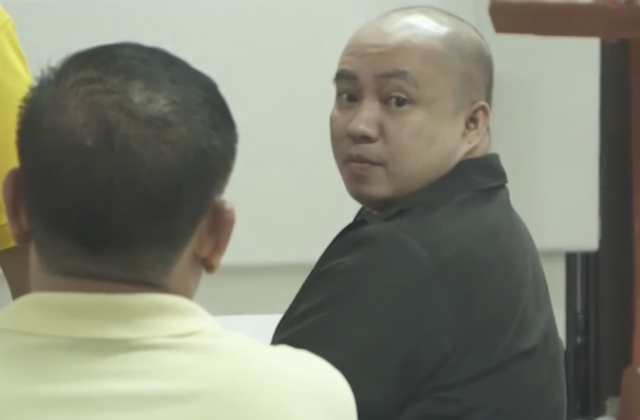 MANILA, Philippines – A Filipino doctor accused of wiring money for a foiled jihadist plot targeting New York’s subway and Times Square rejects the allegations and has vowed to fight US extradition, his lawyer said on Tuesday, October 10.

Russel Salic and two others have been charged with involvement in the plan to stage the attacks in the name of the Islamic State group (ISIS) during the Muslim holy month of Ramadan in 2016.

On Tuesday, his lawyer said Salic, a 37-year-old Filipino Muslim who worked at a southern Philippine hospital, had no connection with terrorist activities and groups.

“He even said that he is mad at terrorist activities. He said that in Islam, terrorism is prohibited. He is a devout Muslim. He is praying 5 times a day,” lawyer Dalomilang Parahiman told Agence France-Presse.

Salic is accused of transferring $423 in May 2016 to the other suspects to help fund a thwarted operation that was planned through internet messaging applications, according to the US justice department.

New York’s subway, Times Square, and some concert venues were identified as targets in the plot that was monitored by an undercover FBI agent posing as a fellow jihadist, US authorities said.

His lawyer said Salic voluntarily surrendered to Filipino authorities in April, contradicting the US government’s statement that he was arrested.

“Yes, of course he would (contest it). He is innocent,” Parahiman said. “They weaved stories to link the person” to the plot, he added.

The undercover agent said in a sworn statement that the FBI had monitored several social media accounts which he believed to be Salic’s, in which the doctor posted content “supportive of” IS, religious war and terrorist activities.

But Parahiman said Salic was not in control of his social media presence at the time.

“According to the doctor, his (social media) account was hacked. It took him several weeks before he recovered the account.”

On Monday, the Philippine military accused Salic of having ties with pro-IS militants that attacked the southern city of Marawi, and funding terrorists in the United States, the Middle East, and Malaysia.

Salic’s lawyer said his client only gave money to unspecified individuals and a charitable group for “humanitarian considerations.”

“He just took pity at these people because he was a bachelor and did not have many expenses. He just wanted to help them,” Parahiman said. – Rappler.com