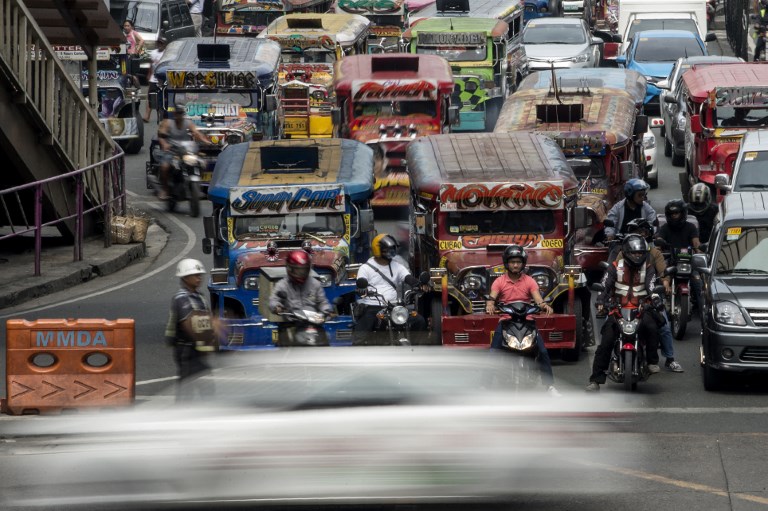 The decision came after transportation groups failed to provide additional evidence as to why the regulatory board should raise their fare. (READ: Jeepney groups ask LTFRB for fare increase from P8 to P10)

The hearing ended early with the LTFRB reminding leaders of transportation groups to first promise that they will improve their services before they grant the hike.

“I just want to bring this out early, perhaps to prepare the evidence. When you say you are actually asking for increase you’re asking to cover cost of your operation… However, the riding public expects a better service from the increase of the fare,” LTFRB chairman Martin Delgra III said.

Among the concerns they raised in the hearing were drivers cleaning their jeepneys and strictly following traffic rules. (READ: Is this THE solution? A Driver’s Academy for public transport drivers)

Asked for clarification, LTFRB board member Aileen Lizada downplayed Delgra’s statement, saying that the orderliness of jeepney drivers is “just an aside” in their decision. She pointed out that these are requirements long-required from the drivers.

Lizada said the LTFRB asked for more evidence from the groups as to why they need the 2-peso increase.

But Lizada said that they are looking for “computations” from the drivers showing that fuel prices have indeed adversely affected the income of their drivers and ultimately their quality of life.

Should it be approved, the increase will take effect in the National Capital Region (NCR), Central Luzon (Region 3), Calabarzon (Region 4a), and Mimaropa (Region 4b)

The following groups asked for the fare hike:

Lizada earlier said that they did not want to rush deciding on the petition as jeepneys remain to be the most used mode of transportation by Filipinos. (READ: Yes, Pedro, we need to modernize the jeepney)

“We are talking about 3.2 million passengers who will be affected. The increase has [a] social impact,” Lizada had said.

The hearing will continue on October 24, where commuters groups are expected to attend. – Rappler.com