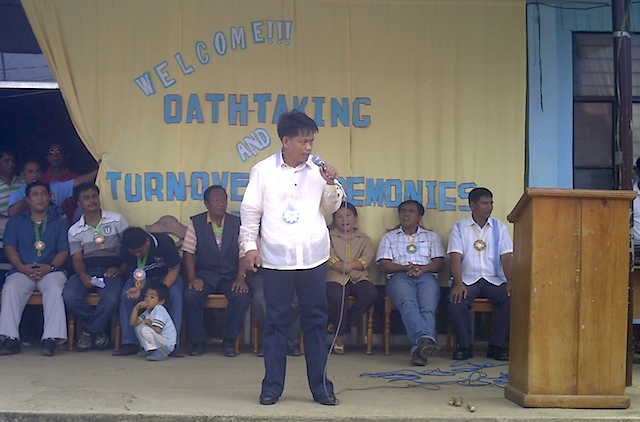 BAGUIO CITY, Philippines – The mayor of Paracelis town in Mountain Province was stabbed by a group of men outside a bank in Santiago City, Isabela, on Tuesday, October 10.

Mayor Avelino Amangyen, 52, had just left a bank in Santiago City after encashing a check when the attack took place.

Amangyen was inside his car when the suspects appeared and stabbed him repeatedly. It was not immediately known if the suspects were able to get the P6,000 that the mayor encashed in the bank.

Amangyen was able to flag a tricycle after the attack. He was brought to  a hospital where he remained confined.

Paracelis is the farthest and most remote town in eastern Mountain Province. The most accessible way is a two-hour ride from Santiago City in Isabela.

Santiago City police are searching for motives for the attack on the mayor, who is said to be popular in his town. – Rappler.com