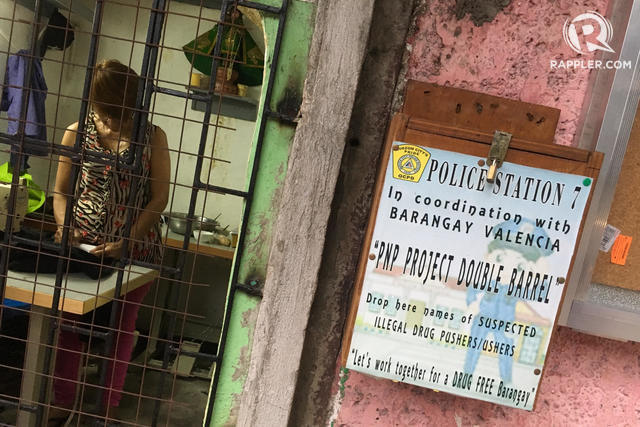 MANILA, Philippines – The Department of Interior and Local Government decided to “drop” the drop boxes used for drug and crime reporting in barangays, as well as the community-based Masa Masid program for fighting criminality and drugs.

The DILG was responding to the questions and plea of minority Senator Risa Hontiveros, who has repeatedly opposed the progam, during the Senate deliberations on the proposed P170.97 billion budget of the agency for next year.

Hontiveros said the mechanism, specifically the drop boxes, is prone to abuse and malice, saying there is no way to stop people from implicating innocent individuals and their enemies. (READ: Drop box for suspected drug users: A tool for revenge?)

Senator Joseph Victor Ejercito, sponsor of the DILG budget, said people’s organizations will first vet the information in the boxes before reporting them to the authorites. Hontiveros, however, did not buy it.

But Hontiveros pointed out that there are existing councils, as mandated by the Local Government Code of 1991, that involves people’s organizations for peace and order. This includes the anti-drug council, the barangay anti-drug abuse council, and the local development council, among others.

Hontiveros “strongly” asked the DILG to stop the program and instead strengthen the existing councils.

“I strongly, humbly, strongly suggest the DILG to eliminate the drop boxes from its anti-drug campaign. It will only be prone to malice and abuse and could lead to unnecessary deaths if pieces of papers become the basis for inclusion in the drug lists,” Hontiveros said.

Ejercito, citing DILG officials beside him, said the agency is “willing to do so.”

“Your honor, we are listenting. The DILG, PNP officals are here and they understand your point, the points you have raised. And as you mentioned, they already said they are willing to drop the box,” Ejercito said.

An elated Hontiveros thanked the DILG officials for listening.

Ejercito said he is open to doing so.

“We will seriously consider that the said budget can be realigned to the existing councils… So as you mentioned, we can consider realigning some of those in the already existing council that involves people’s organizations as well,” Ejercito said.

The program drew flak from human rights and legal groups for violating people’s rights. Under the program, technical working groups per city, municipality, and barangay would be created, and all of them had  the “responsibility” to establish “modes of reporting,” one of which was the drop box.

During the hearing, DILG said the mode of reporting is not limited to drop boxes, as there are some who personally report to authorities while others prefer to do it through e-mails, social media, and text messages.

A Quezon City barangay earlier put up drug boxes to collect names of drug suspects before gathering intelligence against them. The boxes were not were not entirely welcomed by residents, as they feared being seen dropping the names of their neighbors.

Critics, on the other hand, cited the danger of accepting reports from residents from just pieces of paper. They also denounced the manner of reporting, as the barangays keep the drug lists and share them with the police. – Rappler.com