Oct 12, 2017 4:40 PM PHT
Patty Pasion
Facebook Twitter Copy URL
Copied
Despite the gains, there are still around 2.1 million Filipino children who are exposed to hazardous labor 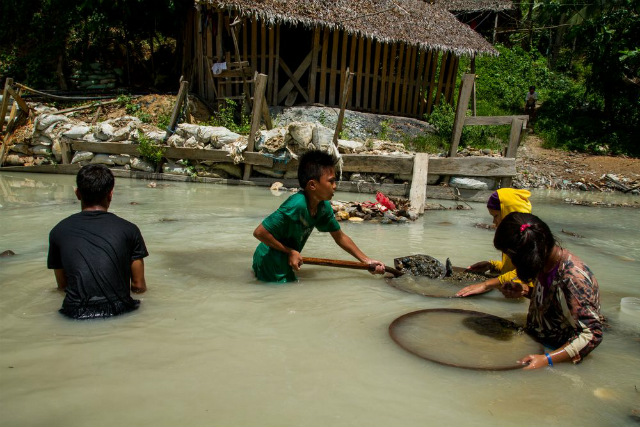 In the findings of the DOL’s Worst Forms of Child Labor report for 2016, the US agency said the Philippines has “made a significant advancement” in its drive.

The DOL cited Philippine government policies such as the release of the revised and expanded list of hazardous occupations for children and the passage of the Children’s Emergency Relief and Protection Act last year.

According to the Philippine Department of Labor and Employment (DOLE), this is the 5th year that the country got such a citation.

Despite the gains, the DOL acknowledged that much still has to be done to fight child labor.

“Children in the Philippines perform dangerous tasks in the production of sugarcane. Children also engage in the worst forms of child labor, including in forced domestic work and commercial sexual exploitation,” the report reads.

“Despite the existence of strong mechanisms to respond to cases of child labor, enforcement of child labor laws remains challenging due to the limited number of inspectors, lack of resources for inspections, and inspectors’ inability to enter private homes.”

The DOL urged the Philippine government to take the following actions to step up efforts against child labor:

SBM is an inter-agency response mechanism that detects, monitors, and rescues child workers in “hazardous and exploitative working conditions.” The NCLC, meanwhile, is a coordinating body composed of government agencies, employers, and labor unions involved in implementing and monitoring policies on child labor.

The Philippine Statistics Authority (PSA) estimates that there are around 2.1 million Filipino children exposed to hazardous labor, which includes mining.

Earlier this year, DOLE together with the Department of Social Welfare and Development (DSWD), Department of Education (DepEd), and Department of Environment and Natural Resources (DENR) launched the campaign “Isang Milyong Batang Malaya.”

Done in coordination with the International Labor Organization (ILO) and environmental group Ban Toxics, the campaign aims to eliminate child labor by 2025, one of the targets set in the United Nations’ Sustainable Development Goals. – Rappler.com