Duterte dares Yellows, Reds to ‘merge into one command’‬ 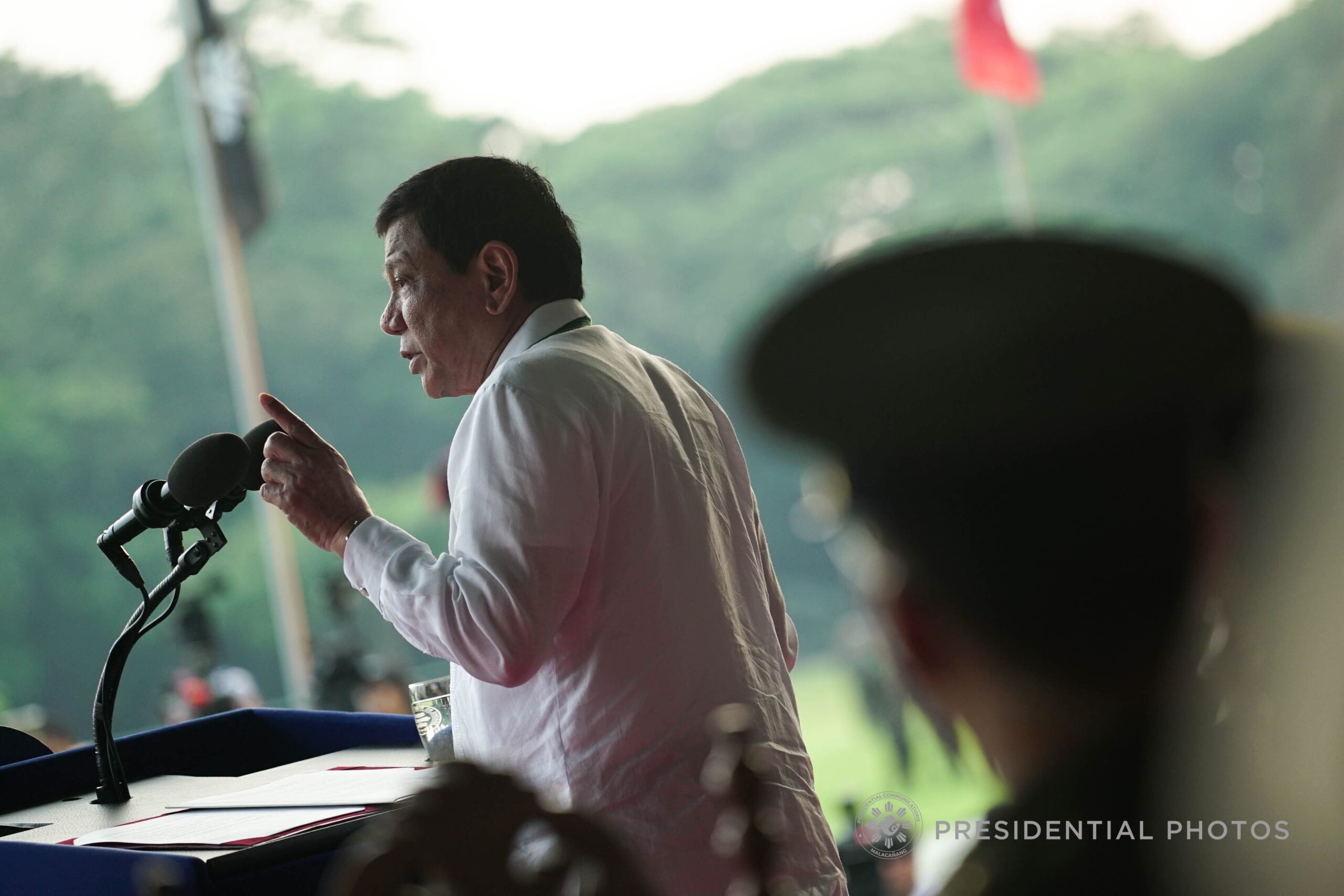 MANILA, Philippines – President Rodrigo Duterte dared his critics, the “Yellows” from the Liberal Party and the Reds or the communists, to merge to oppose his administration.‬

‪”I will be happy really if they will start to merge into one command,” Duterte said at the relaunching of the Malacanang Press Briefing Room on Thursday, October 12.‬

‪Duterte said the Yellows and the Reds share one ideology anyway, and once merged, it would be easier for the government to “focus” on them.

‪The President and his allies had accused the political opposition of hatching a destabilization plot to oust him but even his defense chief, Delfin Lorenzana, had denied the existence of such a plot.

Duterte posed the challenge on the same day that opposition senators slammed the hacking of email addresses of the staff of Senators Francis Pangilinan and Paolo Benigno Aquino IV, in what they think is an effort to pin them to “imaginary” destabilization plots. (READ: Opposition senators claim staff, LP emails hacked) – Rappler.com‬