Kick PH out of UNHRC? ‘My God, do it, stupid!’ says Duterte

Oct 12, 2017 4:35 PM PHT
Paterno Esmaquel II
Facebook Twitter Copy URL
Copied
This comes after a Human Rights Watch director said the Philippines can be kicked out of the UNHRC if the drug war killlings continue 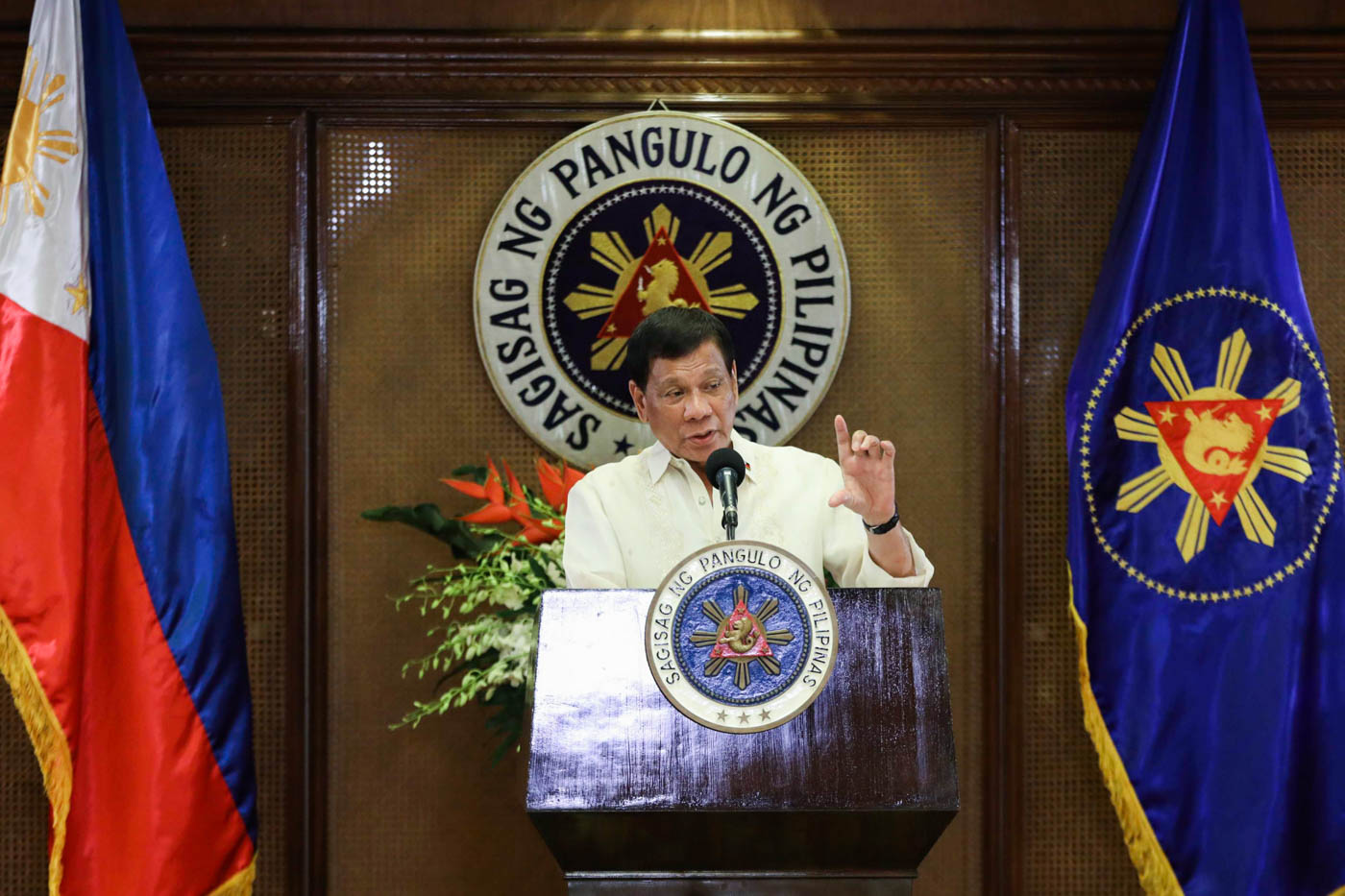 MANILA, Philippines – President Rodrigo Duterte slammed critics who said the Philippines could be kicked out of the United Nations Human Rights Council (UNHRC) over the killings in his war on drugs.

“My God, do it, stupid! Do it now!” Duterte said at the relaunching of the Malacanang Press Briefing Room on Thursday, October 12.

Duterte complained that members of European Union “were all focused” on the number of deaths in his drug war.

Human Rights Watch (HRW) Geneva director John Fisher earlier said the Philippines can be kicked out of the UNHRC if the drug war killlings continue.

Fisher had observed that the Philippine government has been anything but cooperative with international bodies. Duterte had constantly lashed out against the UN and other foreign institutions that have called for the end of killings in his war on illegal drugs.

If the attitude of “constant denial” continues, Fisher warned that the Philippines can be kicked out of the UN rights council though he added that this is “very rare and extreme.” It is a measure that can be taken by the UN General Assembly in New York. (READ: Remove PH as member, group urges UN rights council) – Rappler.com