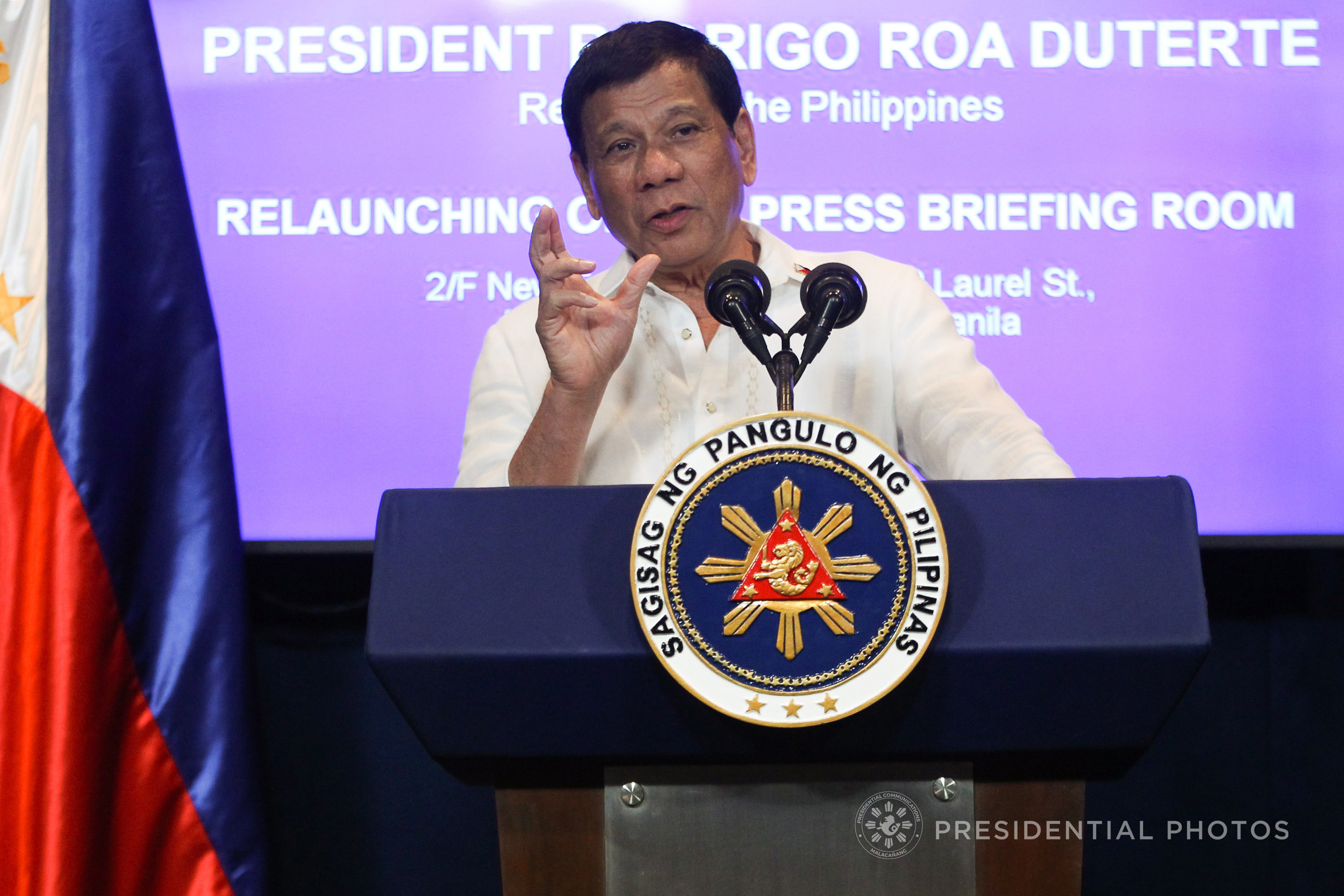 MANILA, Philippines – President Rodrigo Duterte said he has “refused” $18-20 million from the United Kingdom, as he lashed out again at European countries on Thursday, October 12.

“Mabubuhay rin tayo (We will survive). Anyway, I control the foreign affairs of this government,” he added.

Rappler is still trying to reach the British embassy for comment as of posting time.

Duterte made the statement at the relaunching of the Malacañang Press Briefing Room at the New Executive Building, where he again launched a scathing tirade against the European Union (EU). (READ: Wrong info leads Duterte to threaten EU diplomats)

He did not say why he refused the funds from the UK, and did not give any details on what it was meant for.

The Duterte administration earlier rejected 250 million euros or P13.85 billion in new EU grants due to the EU’s alleged interference in local affairs. As with other international donors, the aid comes with conditions, among them, adherence to rule of law.

The EU said it will not “beg” the Philippines to accept European aid, as there “is no lack of other countries” to help if the Philippines rejects its offer. – Rappler.com