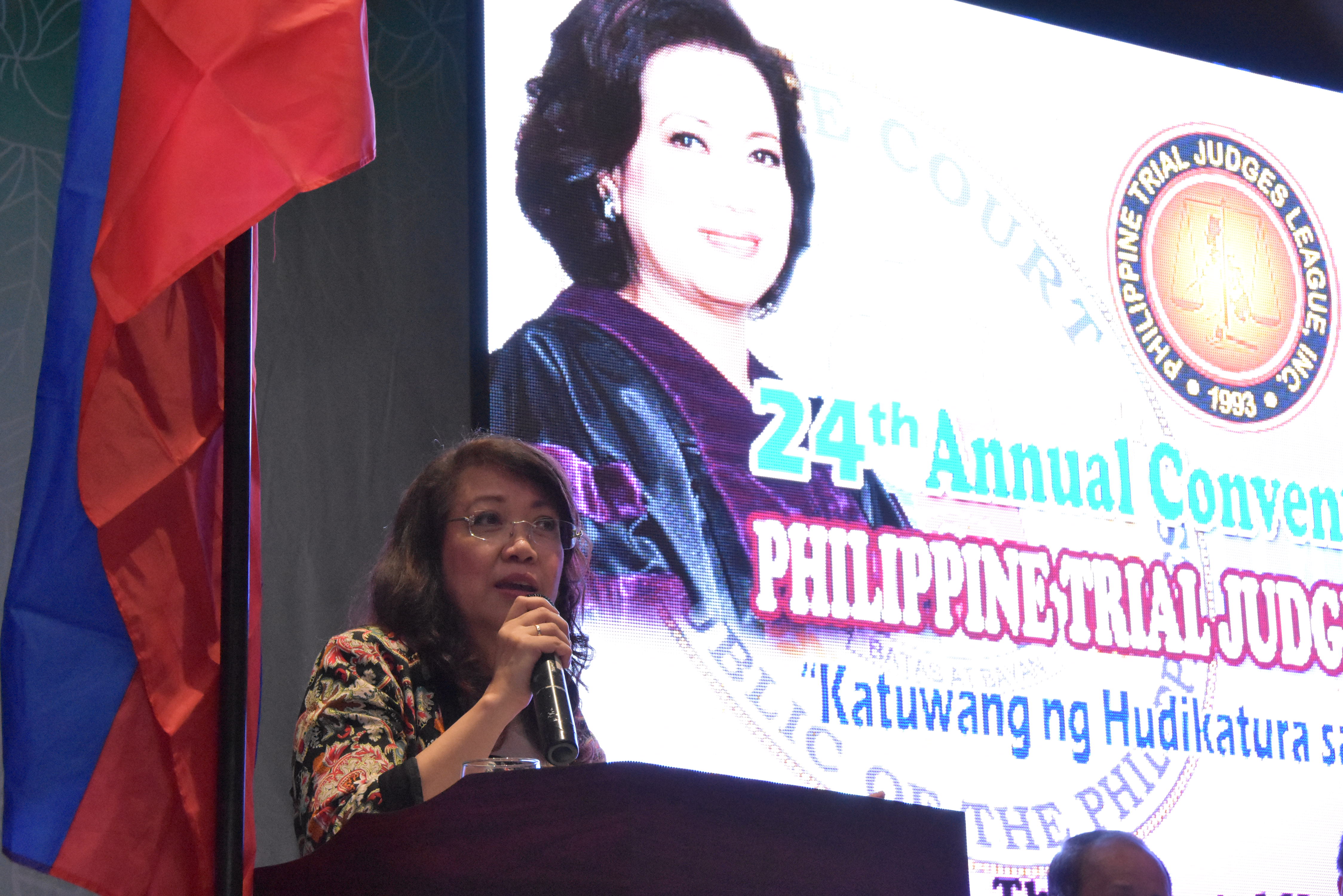 MANILA, Philippines (UPDATED) – Chief Justice Maria Lourdes Sereno saw a two-digit drop in her net satisfaction rating as the House of Representatives continues to study an impeachment complaint filed against her.

The results of the survey were released Thursday, October 12.

The SWS noted this is the lowest that Sereno’s net satisfaction has dropped since she registered a -1 in December 2015.

“Double-digit declines in Chief Justice Sereno’s net satisfaction ratings from June to September 2017 can be found in both urban and rural areas, in all socio-economic classes, among men, across age groups except 35 to 54 year olds, and across educational levels except among high school graduates,” noted the survey firm.

Thus far, the committee had deemed the complaint sufficient in form, substance, and grounds.

It will next vote on whether there is probable cause to pursue the complaint.

If the committee, composed of 50 regular members and all ranking House leaders, finds probable cause to pursue the complaint, it will relay to the committee its report, together with the articles of impeachment.

All it takes is a one-third vote of the House to approve the resolution, therefore impeaching the Chief Justice. The complaint will then be transmitted to the Senate, who will try her.

Sereno’s camp has repeatedly asked the committee to junk the complaint, arguing that the cases against the chief justice are not impeachable offenses. This plea has so far fallen on deaf ears as the committee has consistently voted to move the impeachment complaint forward.

The Chief Justice’s relationship with President Rodrigo Duterte has been shaky, at best. Duterte has lashed out against her for her statements reacting to his claims and policies, including his war on drugs.

Recently, the commander-in-chief challenged Sereno and Ombudsman Conchita Carpio-Morales to resign and, for some reason, allow the military and police to investigate him.

The Office of the Ombudsman is conducting a probe into the Duterte family’s wealth, amid allegations that the President has undeclared bank accounts. Duterte’s eldest children are mayor and vice mayor of Davao City.

Duterte also recently pushed for Morales’ impeachment, after she insisted that she would not back down from Duterte’s threats. – Rappler.com