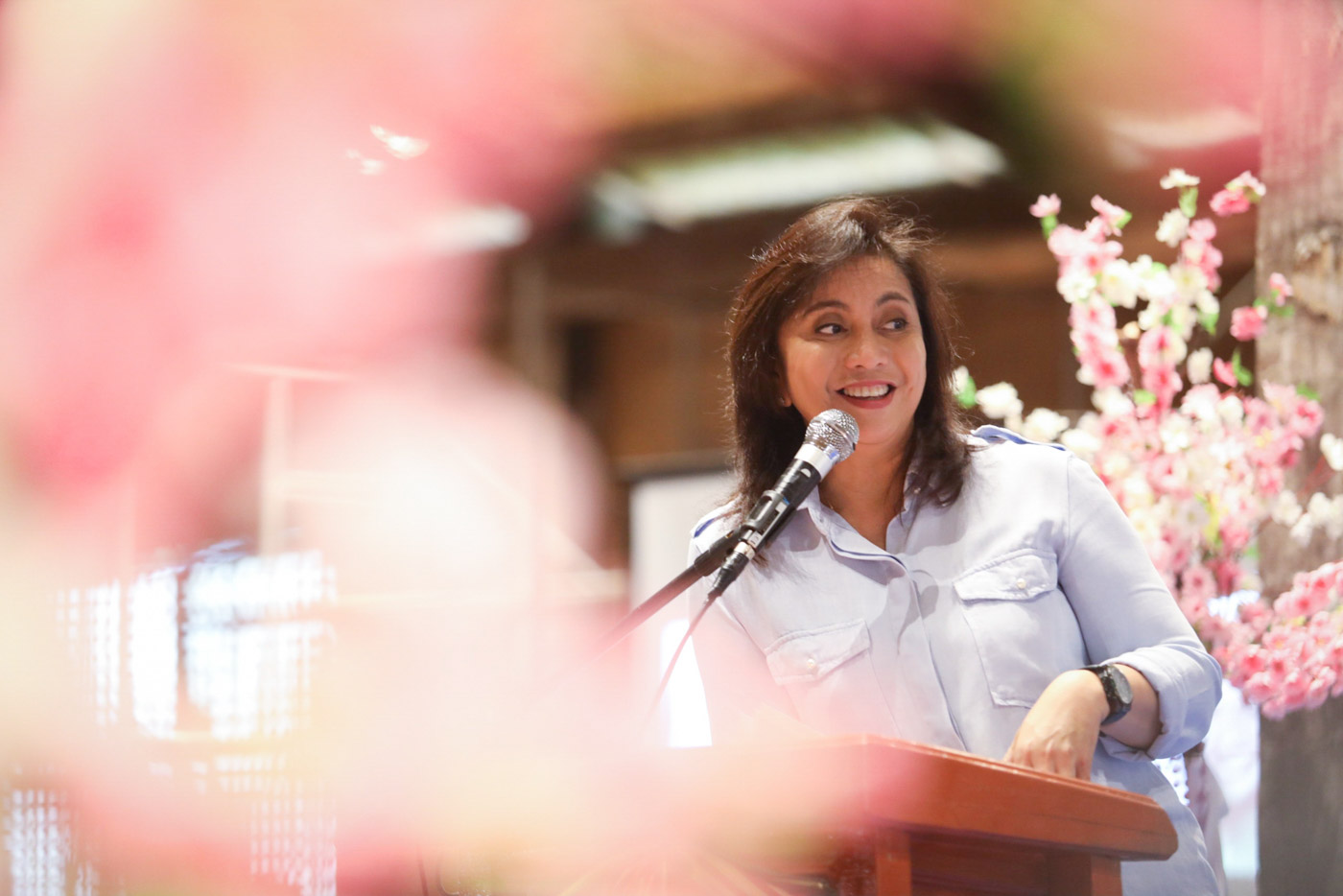 The SWS said 62% of the survey respondents are satisfied with the Vice President, while only 21% are dissatisfied. The rest are undecided.

In an interview with reporters, Robredo said she is happy with the increase in her net satisfaction ratings.

“Yes, I am happy with the rise. It seems to say that the people accepts the good things that we are doing despite thev ery limited resources of our office,” said Robredo in Filipino.

She pointed to her flagship anti-poverty program Angat Buhay as one of the reasons for the improvement in her satisfaction rating. The said program already helped 83,000 families during its first year of implementation.

“We think it’s worth noting that the people are starting to feel the effects of the program, especially because it gives us inspiration to continue expanding what we have been doing,” said the Vice President.

Robredo’s 5-point rise, explained the SWS, is because of the 7-point increases in Balance Luzon and the Visayas, as well as a 3-point increase in Metro Manila, combined with the steady score in Mindanao.

The Vice President’s net satisfaction rating in Balance Luzon increased to +42 from +35 in June, and to +60 from +53 in the Visayas for the same period.

In Metro Manila, Robredo received a +23 net satisfaction rating in September, 3 points higher than in June.

Her net satisfaction rating in Mindanao remained at +31. 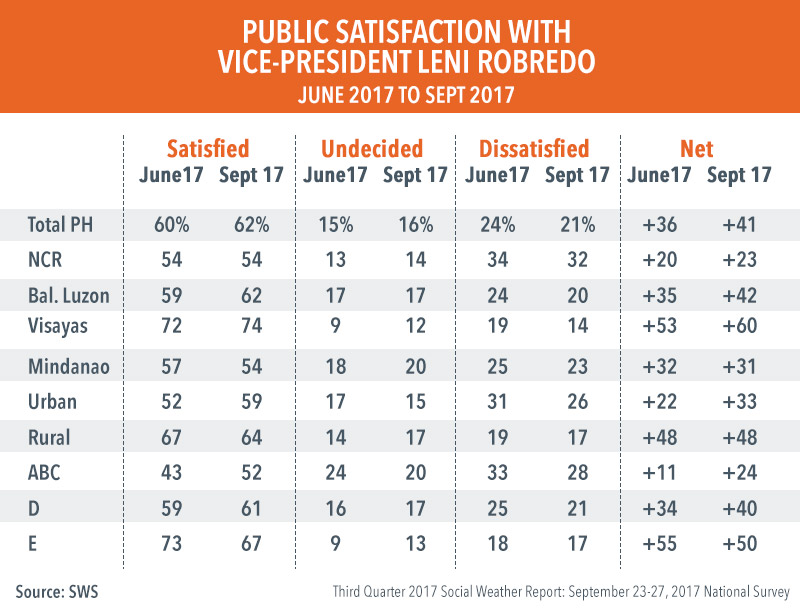 The SWS interviewed 1,500 respondents for the survey held from September 23 to 27.

Robredo formally became the Liberal Party’s chairperson on August 10, or between the June and September surveys. (READ: Robredo to LP: ‘We were made for times such as this’)

Also in August, the Supreme Court, sitting as the Presidential Electoral Tribunal (PET), deferred Robredo’s payment for the P7.439-million balance in the fee for the electoral protest filed against her by former senator Ferdinand “Bongbong” Marcos Jr.

The PET said it would direct Robredo to pay the second installment “only after substantial recovery in his (Marcos) designated 3 pilot provinces.”

In the past 3 months, the Vice President released several statements criticizing the abuses under the dictatorship of Ferdinand Marcos, the father of Bongbong. (READ: Immunity for Marcoses? Admit your sins first – Robredo)

Duterte’s net satisfaction rating in September dropped by 18 points to +48, from +66 in June. – Rappler.com