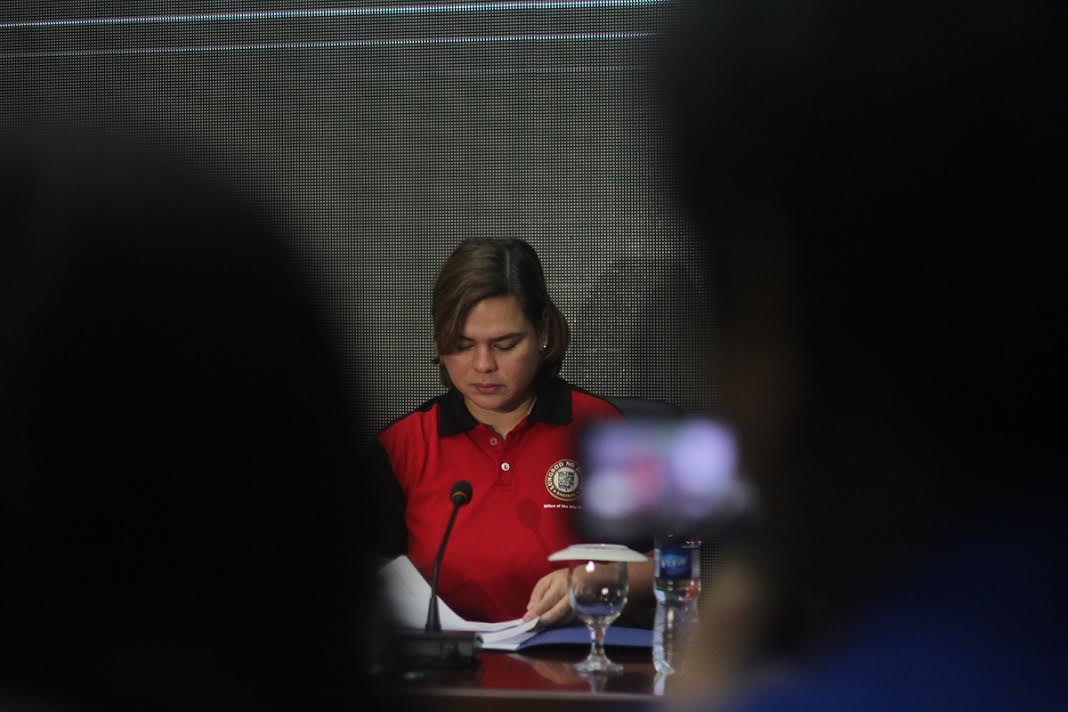 DAVAO CITY, Philippines – Davao City Mayor Sara Z. Duterte-Carpio said Friday, October 13, that opposition Senator Antonio Trillanes IV would first need to establish truth in his claims on the questionable bank accounts reportedly of the Dutertes rather than asking them to prove him wrong.

“Maiba tayo (On a different topic), since now we have established lying, prove to everybody that piece of shit paper of bank accounts you are waving around is not fake, Pinocchio,” said Duterte-Carpio in a Facebook post a day after he called out Trillanes and the other two of his father’s critics.

The mayor did not specify which bank accounts she was referring to. But it can be recalled that in October, Trillanes told media that President Duterte’s common-law wife and his 3 adult children received a combined total deposit of P118.176 million allegedly from Davao-based businessman Samuel Uy.

As a basis, Trillanes showed “verified” bank documents supposedly transactions of the said amount from October 11, 2011 to April 10, 2013.

The accusation was not new. In February, Trillanes also gave media the supposed transaction records of bank accounts they own.

For Duterte-Carpio, she said the senator only had the guts to claim these because he was protected by parliamentary immunity. Section 11, Article 6 of the Philippine Constitution states that members of congress are protected from arrests while Congress is in session.

(You have the guts to say that our family are murderers and thieves yet you hide behind parliamentary immunity. Show your balls, don’t hide them in Senate.)

She added that if Trillanes made former Vice President Jejomar Binay go away without a fight, a Bisaya woman does not step back.

“Kung ang Presidente ng Pilipinas ay inaaway ko, ikaw pa ba (If I fight with the President of the Philippines, how much more with you)?” she said.

Earlier, the mayor called Trillanes and two other senators “plastic and opportunists” as they have once sought help from her family during past campaign seasons.

But Trillanes replied to the Davao City mayor, that was the time he was unaware that her father “was a killer and a thief.”

Duterte-Carpio she did not buy his claim because Trillanes’ against were also mentioned in previous election campaigns, mostly thrown at them by opponents of the Duterte family.  – Rappler.com