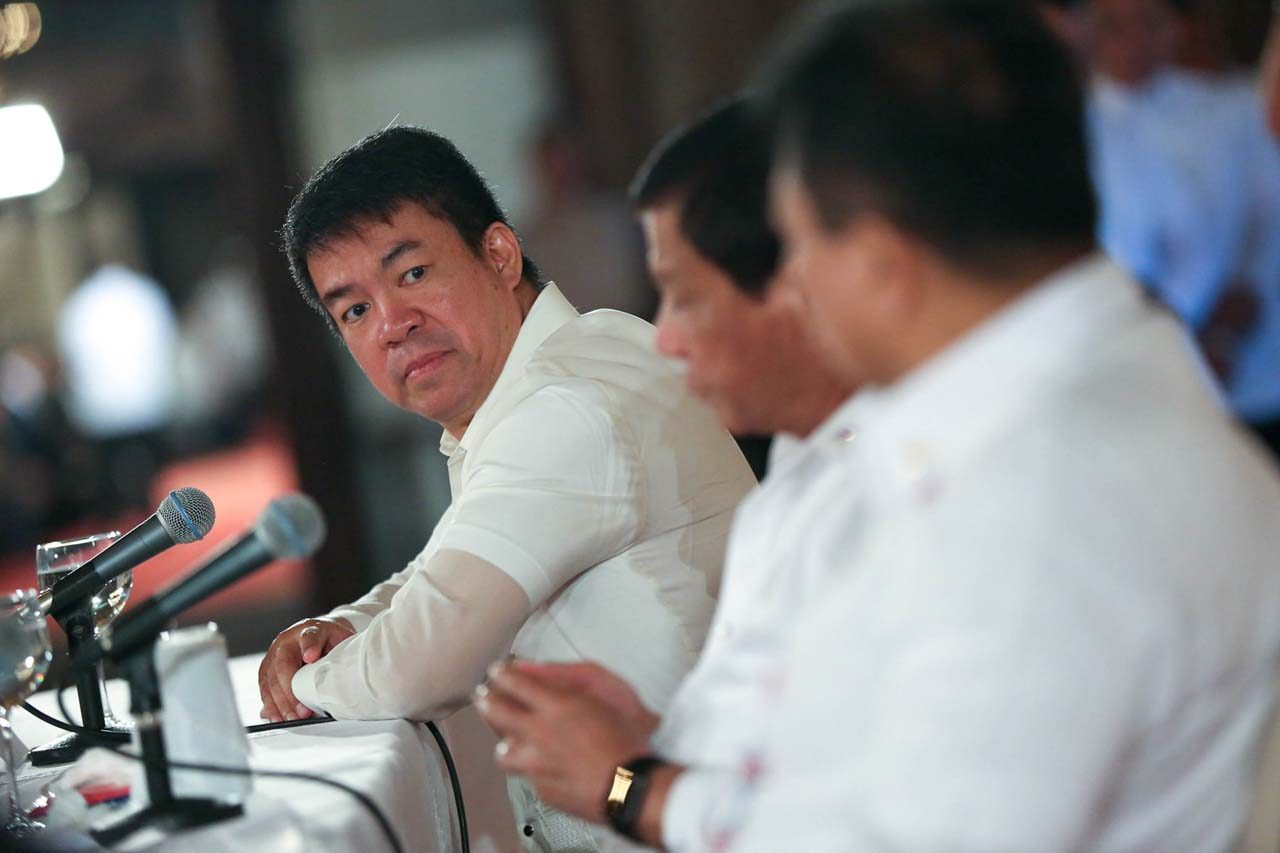 MANILA, Philippines (UPDATED) – A majority of Filipinos are satisfied and continue to trust Senate President Aquilino Pimentel III, according to surveys conducted by the Social Weather Stations (SWS) and Pulse Asia Research, Incroporated in September

In the SWS survey held from September 23 to 27, Pimentel got a net satisfaction rating of +46 in September – a “personal record high” for the Senate leader, or 13 percentage points higher than his +37 net rating in June.

SWS said 53% of Filipinos are satisfied and 20% dissatisfied with Pimentel’s performance.

The 13-point rise in Pimentel’s net rating in the SWS survey was due to the double-digit increases in the Visayas, Balance Luzon, and Metro Manila, coupled with a 7-point increase in Mindanao.

His net satisfaction rating rose by one grade from good to very good in the Visayas, at +51 in September, up by 17 points from +34 in June.

Double-digit gains in the Senate President’s net satisfaction rating in September 2017 happened in urban areas, among class D or the masa, among women, in all age groups except those who are 55 and above, and among graduates of high school and college.

Pimentel is a party mate and staunch ally of President Rodrigo Duterte.

The SWS survey was conducted from September 23 to 27, using face-to-face interviews of 1,500 adults: 600 in Balance Luzon, and 300 each in Metro Manila, Visayas, and Mindanao.

The error margins are as follows: ±2.5% for national percentages, ±4% for Balance Luzon, and ±6% each for Metro Manila, Visayas, and Mindanao. According to the September 2017 Pulse Asia’s Ulat ng Bayan survey released on Friday, October 13, Pimentel got a lower approval rating in September compared to June – 55% from 62%, 7 percentage points lower. Pimentel got a trust rating of 52% in September, 6 percentage points lower than in June. His distrust rating stayed the same at 8%.

Unlike SWS, Pulse Asia does not provide a net balance of public officials’ ratings. The Pulse Asia survey was held around the same period of the SWS survey – September 24 to 30. 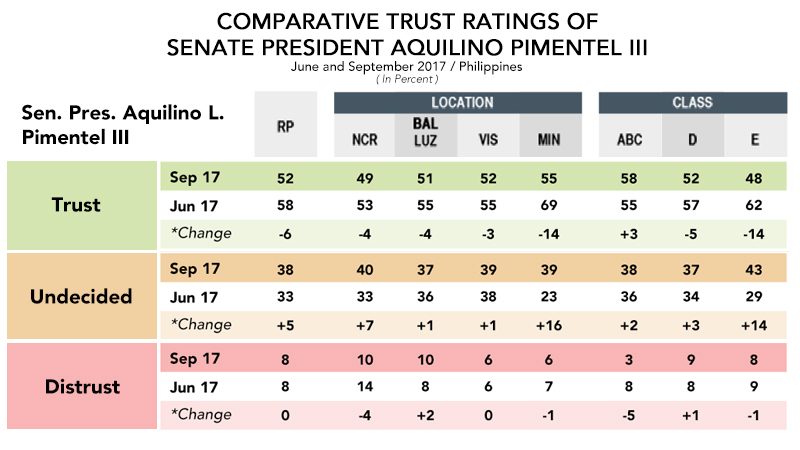 Based on the Pulse survey, Pimentel registered majority trust ratings across geographic areas and classes (51% to 55% and 52% to 58%, respectively), except for Metro Manila (49%) and Class E (48%).

The Pulse Asia survey was conducted among 1,200 respondents. The error margin is ±3% for the national level and ±6% for the geographic areas.

Asked for comment, the senator welcomed the results of the surveys on his performance.

“I’m happy and would credit such a good result to the cooperation, support, and hard work of my fellow senators and the entire Senate and CA [Commission on Appointments] family. And maybe just maybe the favorable coverage of the Senate media,” Pimentel told reporters in a text message. – Rappler.com