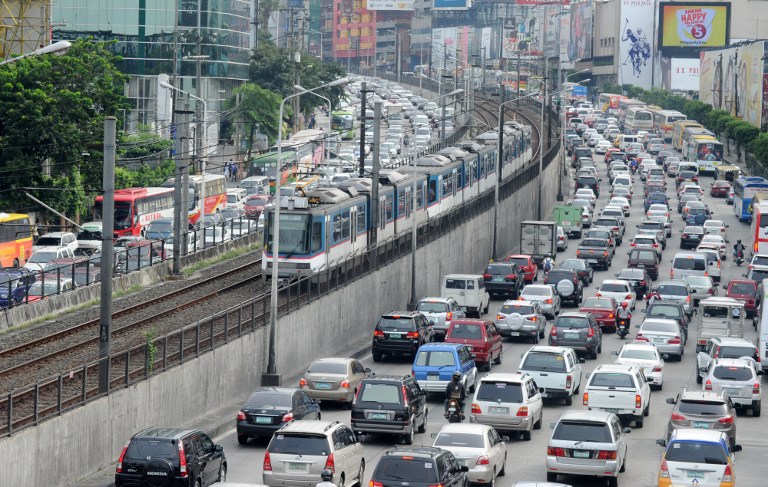 MANILA, Philippines – The Department of the Interior and Local Government (DILG) advised drivers and commuters to avoid certain major thoroughfares and streets in Metro Manila on Sunday, October 15.

On Sunday, there will be a motor convoy dry run in preparation for the 31st Association of Southeast Asian Nations (ASEAN) summit to be held in November.

The convoy will be led by the ASEAN Security Task Force (ASTF) and is done to troubleshoot the traffic plan on the big days. 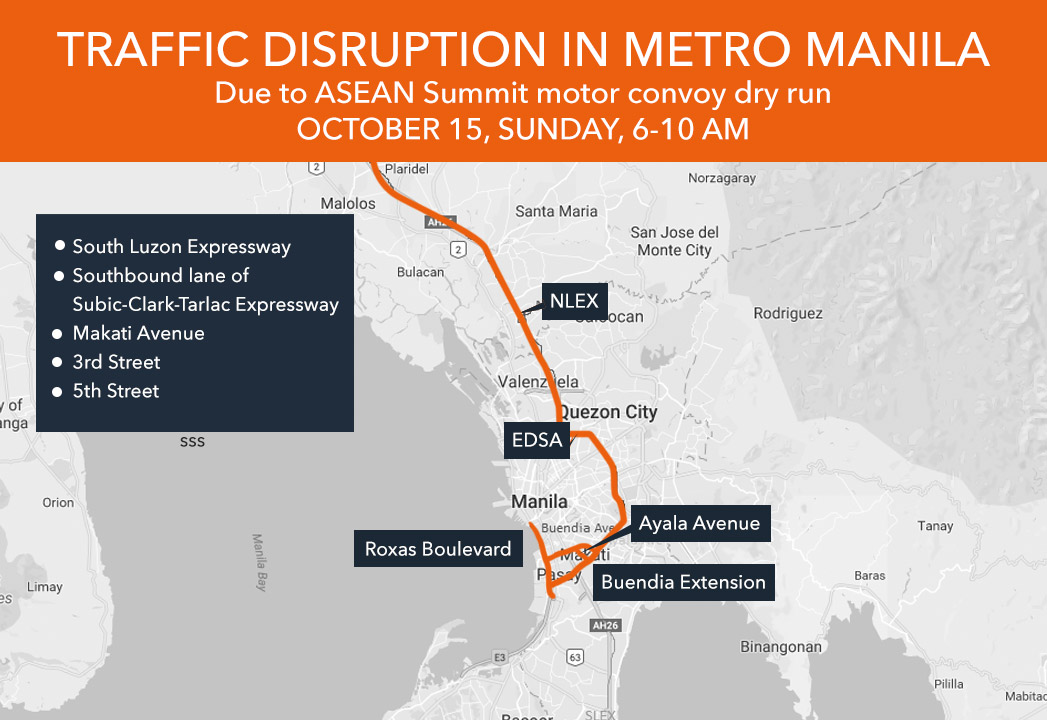 It will affect the following roads from 6 am to 10 am on Sunday:

There will be 3 first-leg convoys that security officials will test with all coming from the Clark International Airport in Pampanga.

From there, the convoys will proceed to the Philippine International Convention Center (PICC).

This is the third of 5 dry runs of the ASTF.  The other two are scheduled on October 22 and 29. – Rappler.com