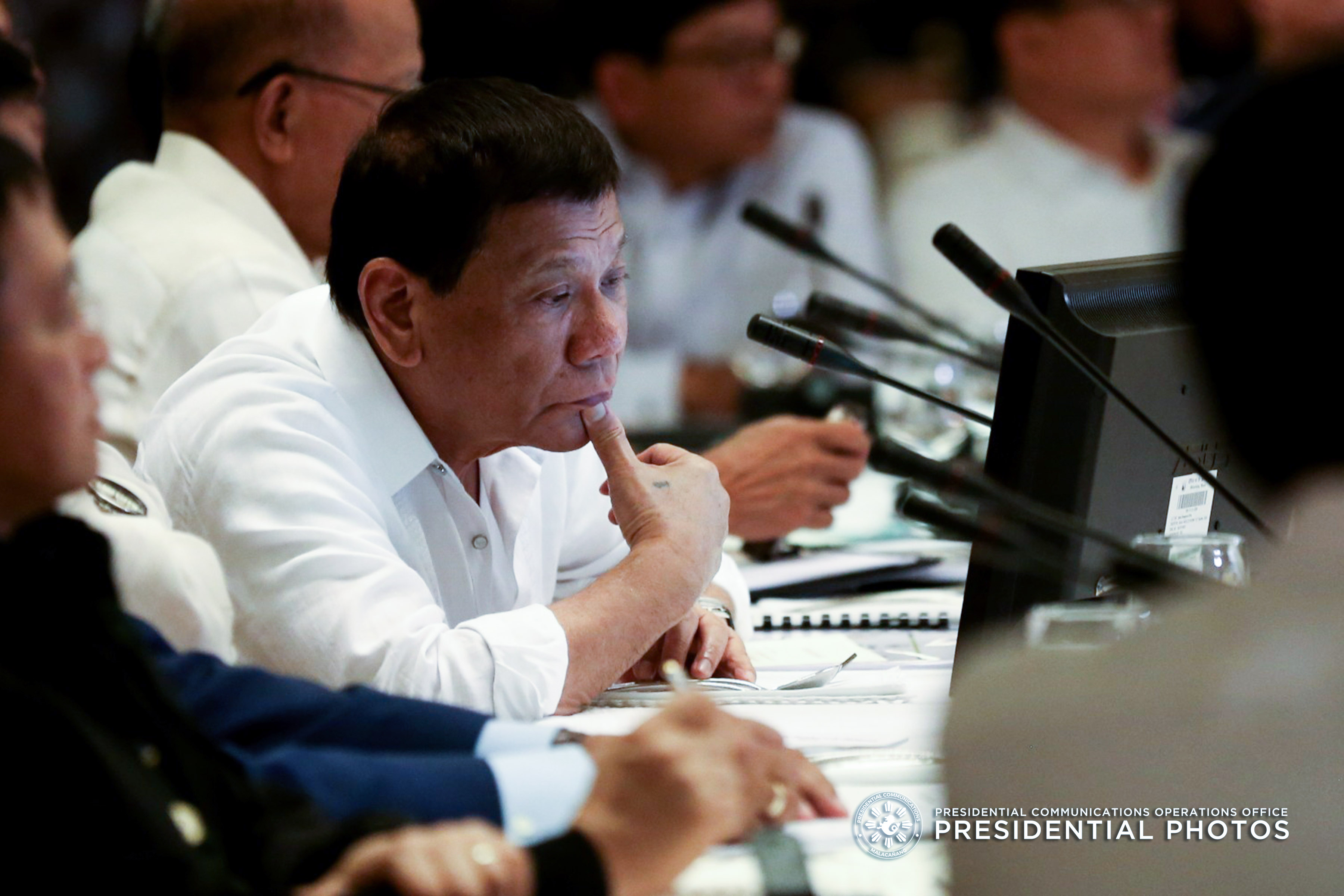 MANILA, Philippines – Malacañang admitted that President Rodrigo Duterte was “being fed the wrong information” after the Chief Executive threatened to expel European diplomats based on the wrong premise.

Because Duterte’s statement was based on wrong information, Presidential Spokesman Ernesto Abella then clarified on Friday, October 13, that “there’s no directive” for ambassadors of the European Union (EU) to leave the Philippines within 24 hours.

“It’s not a question of being misinformed. That means to say he was being fed the wrong information,” Abella said in a press briefing on Friday.

Abella said Duterte “was reacting to what he was reading,” as Duterte wrongly believed that the European Union wants to have the Philippines expelled from the United Nations.

He then called on the media to “heed” Duterte’s request “for correct reportage.”

In the same speech where he launched his misguided tirade against the EU, the President himself had urged all government workers to give truthful information.

“To my fellow workers in government, especially those who form part of the Communications Office, I enjoin you to remain committed to your duty to upholding the truth at all times. Never exaggerate, never misinterpret, never agitate as you communicate our platform of governance. In other words, do not be arrogant,” he said, shortly before lashing at the EU on Thursday.

While stressing the media’s job to report correctly, Abella failed to say that the highest official of the land is ultimately responsible for the decisions he makes.

Abella also did not say that Malacañang is responsible for ensuring that correct information reaches the President.

This is part of complete staff work, where staff members handle the nitty gritty of solving a problem, and all the superior has to do is approve or disapprove the staff’s recommendation.

Complete staff work is crucial in any president’s decision making.

This is important especially  when it involves a warning to kick out all diplomats of the EU – the second top destination of Philippine exports, a major donor of the Philippines, and the fourth biggest source of overseas Filipino workers’ remittances. (READ: FAST FACTS: How important is the EU to the Philippines?)

The Malacañang bureaucracy, especially during the time of former president Fidel V Ramos, has always been expected to be keen on complete staff work.

In June 2011, then Presidential Management Staff (PMS) secretary Julia Andrea Abad issued the Guidelines on the Conduct of Complete Staff Work for the Presidency.

Based on these guidelines, “the President expects the Departments to have undertaken complete staff work (CSW) on all briefing papers and memoranda submitted to him.”

Several officials of the Duterte administration and even the President himself, however, have used wrong information several times in the past.

In June, Justice Secretary Vitaliano Aguirre II used a 2015 photo to tag opposition lawmakers in the Marawi crisis that erupted in May this year.

In May, Communications Assistant Secretary Mocha Uson posted a photo of soldiers in Honduras to call for prayers for the Philippine army.

Duterte himself has fallen for so-called fake news, as when he believed the propaganda that Rappler is being funded by the Central Intelligence Agency of the US.

Duterte has also released a matrix of alleged drug personalities, which contained wrong entries, including the name of a certain “Jaguar” who was already dead. – Rappler.com