Oct 13, 2017 7:22 PM PHT
Paterno Esmaquel II
Facebook Twitter Copy URL
Copied
'I don't know if you can still impeach him or not, because by resigning, he has removed himself,' President Rodrigo Duterte says 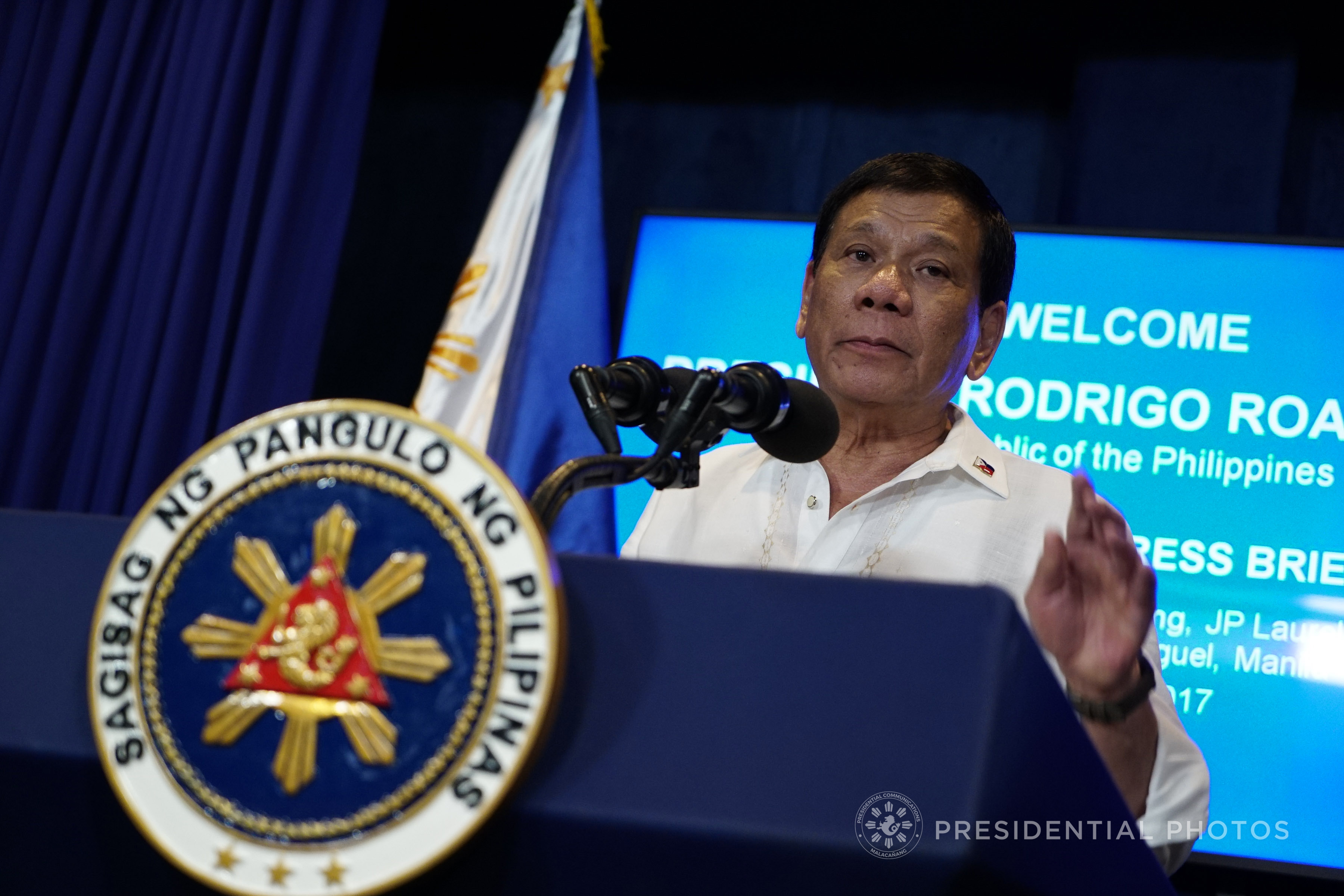 MANILA, Philippines – President Rodrigo Duterte accepted the resignation of Commission on Elections (Comelec) Chairman Andres Bautista, and said he doubts the need to have the poll chief impeached “because by resigning, he has removed himself” from office.

Duterte made these remarks in a PTV interview with broadcast journalist Erwin Tulfo, snippets of which were aired on Friday evening, October 13. The interview was taped Thursday, October 12.

In this interview, Duterte also said he was surprised that the House of Representatives impeached Bautista after the Comelec chairman already quit his post.

“I don’t know if you can still impeach him or not, because by resigning, he has removed himself,” Duterte said.

Bautista submitted his resignation letter to the Office of the President on Wednesday, October 11, as he cited personal reasons for his decision to quit.

Hours after he resigned, the House of Representatives, composed mostly of Duterte allies, voted to impeach Bautista. – Rappler.com