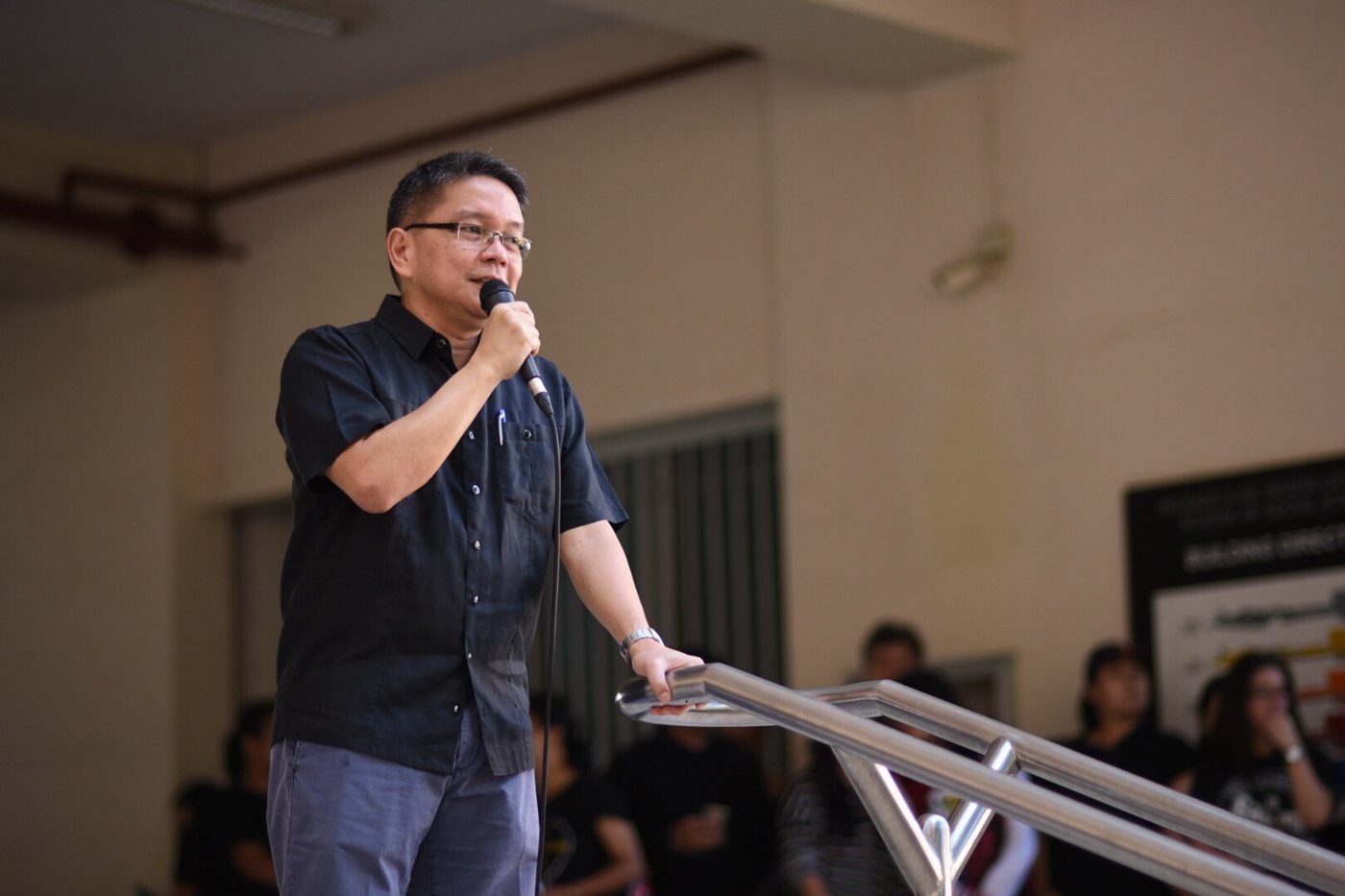 “We call on everyone in the community to defend our democratic institutions. Let us urge our leaders in government to allow full independence for these constitutional bodies to implement their crucial mandates by desisting from any form of intimidation in the guise of legal action,” Villarin said in a statement Friday, October 13.

He said Sereno, the Ombudsman, and the CHR “have been clearly subjected to egregious retaliatory actions” by the Duterte administration after they vowed to “address complaints of irregularities, corruption, and human rights violations committed by elements of the present administration.”

Villarin blasted what he called the exploitation of legitimate processes in order to “undermine and deter these bodies” from exercising their mandates.

These include the impeachment complaint filed against Sereno, which the House of Representatives justice committee already found to have “sufficient grounds”; the P1,000-budget the House earlier allocated for the CHR; and the formation of a powerful commission that can conduct “lifestyle checks and fact-finding inquiries” into the Office of the Ombudsman.

But Villarin noted that the independence of these constitutional bodies “forms part of the check and balance system so essential to democratic government.”

The Ateneo president said this call to defend democratic institutions is not a matter of political partisanship or persuasion, but rather, is borne out of “our conviction about what is right, and just, and truly democratic.”

“We stand behind these constitutional bodies in their mission to pursue and attain transparency, accountability, truth, and justice. And we urge all to understand and protect the crucial functions and roles that these institutions play in a genuine and vibrant democracy,” Villarin added. – Rappler.com