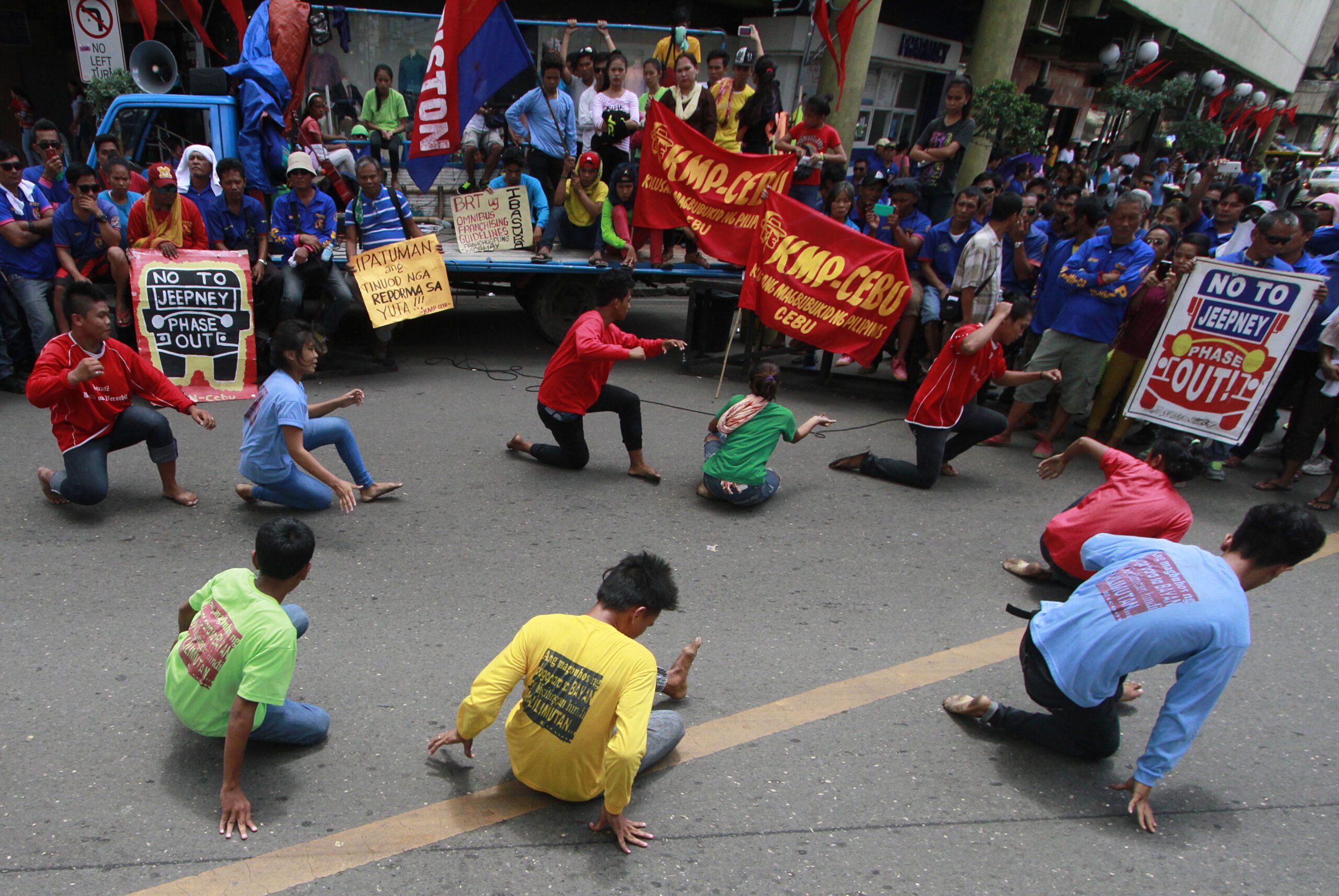 Facebook Twitter Copy URL
Copied
Instead of blocking the road and asking drivers to join the rally, Piston sets up protest centers in the cities of Cebu, Mandaue, and Lapu-Lapu

Piston Cebu coordinator Greg Perez admitted that the protest earlier Monday failed to affect the transport system in Metro Cebu, although he said he had anticipated this because not all members of the transport groups expressed interest in participating. (READ: Cebu to deploy special busses during October 16-17 transport strike)

“Our purpose was not to disrupt the transport system but to relay our message to the government against the proposed PUJ modernization. I think we have sent that message well,” Perez said. (EXPLAINER: What’s the reason for the 2-day transport strike?)

Instead of blocking the road and asking drivers to join the rally, Perez said Piston set up protest centers in the cities of Cebu, Mandaue, and Lapu-Lapu, where members held mini rallies, carried placards, and strongly denounced the looming jeepney modernization program.

Less than 100 members of Piston and militant group Bayan marched from P. Del Rosario to Colon Street at 10 am Monday, causing slight traffic. However, the protesters were immediately dispersed due to heavy downpour.

Ouano said his office noticed a decline of about 20% in the number of jeepneys operating Monday morning. However, the traffic situation went back to normal at noon, when the protest rallies ended.