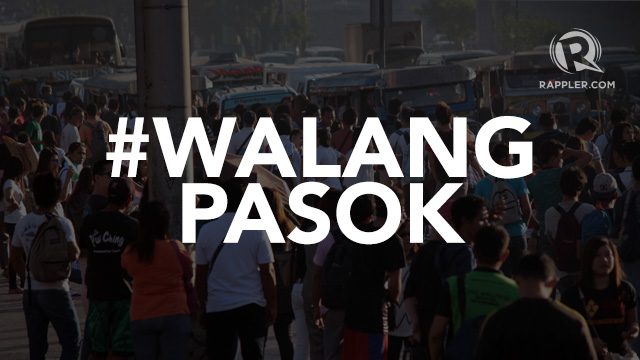 MANILA, Philippines (UPDATED) – Classes at all levels, as well as work in government offices, will be suspended on the second day of the nationwide transport strike on Tuesday, October 17. (There’s a transport strike, rain, and no public vehicles to ride. Government employees and students might get sick if they get rained on and won’t get a ride.)

Earlier, Malacañang said classes and government work were to resume on Tuesday, with Presidential Spokesperson Ernesto Abella saying the strike “barely affected the riding public,” according to the assessment of the government’s joint quick response team.

Classes and government work were suspended on Monday due to the transport strike to be held by groups protesting the government’s jeepney modernization program.