Duterte to jeepney drivers, operators: Modernize by year-end or get out 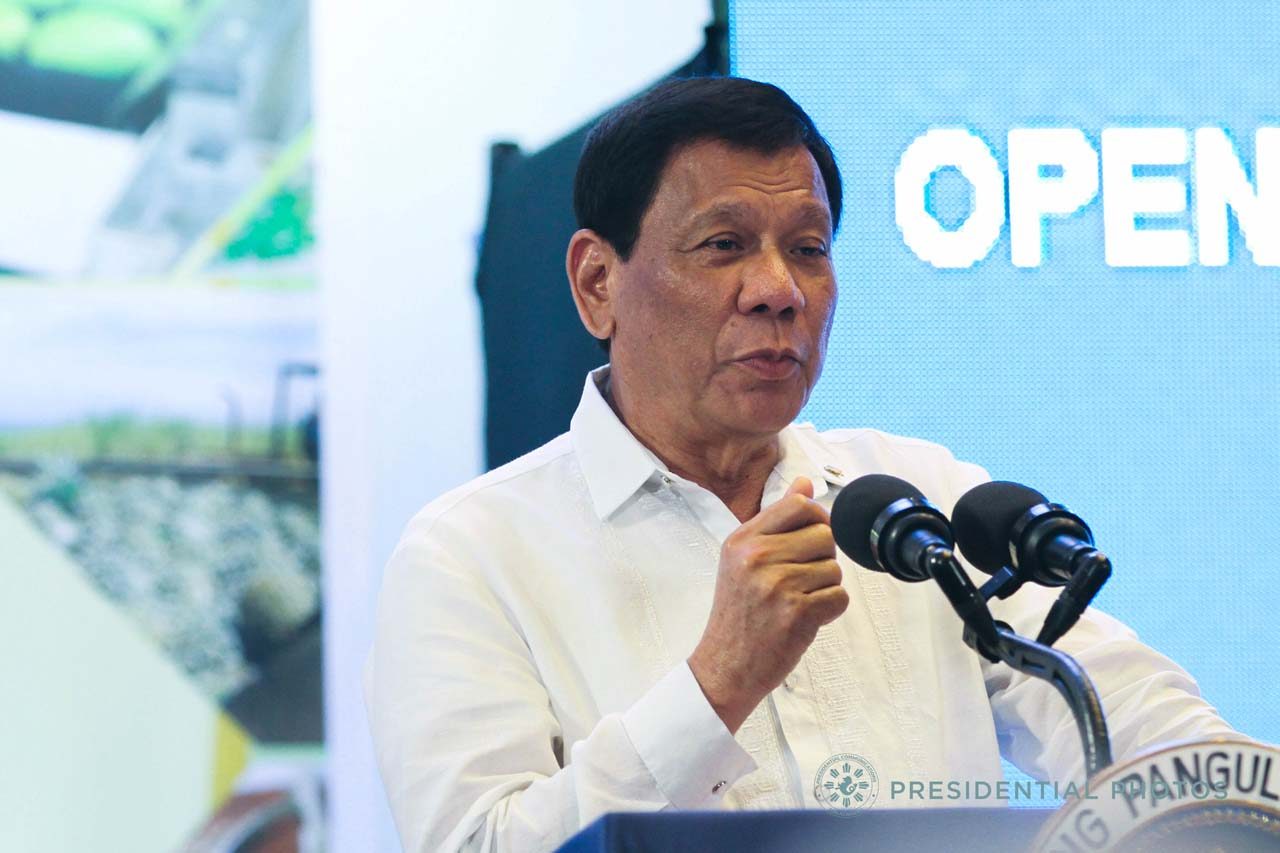 MANILA, Philippines (UPDATED) – President Rodrigo Duterte warned jeepney operators and drivers he would drag away their jeepneys if they fail to comply with the government’s public utility vehicle (PUV) modernization program by the end of the year.

“January 1, if you don’t modernize, get out,” said Duterte on Tuesday, October 17, in Naga City.

He scoffed at criticism from the Pinagkaisang Samahan ng mga Tsuper at Operator Nationwide (Piston) and leftist groups that the PUV modernization program is anti-poor.

Earlier that day, in Marawi City, Duterte blasted Piston for “poisoning” the public by opposing the PUV modernization program which is designed to lessen air pollution caused by old vehicles.

“You Piston, you know that you are poisioning the people. 2030, one-third of Filipinos, mostly poor, die of lung cancer because you don’t want to fix your engines,” said Duterte in a mix of English and Filipino.

He also pointed out that a lot of accidents involving PUVs typically stem from faulty brakes and are thus the consequence of the continued use of vehicles that may no longer be road-worthy.

Duterte is treating the transport strike as a “rebellion,” claiming Piston, Kilusang Mayo Uno (KMU), and other groups participating in the strike are mere “legal fronts” of the Communist Party of the Philippines (CPP).

“It’s one big conspiracy but they are at the same time, all of them, are committing right now, rebellion,” said the President.

Nevertheless, he said they can stage monthly demonstrations to air their grievances.

Piston earlier threatened to hold monthly strikes if Duterte does not grant their request for a dialogue with him. – Rappler.com