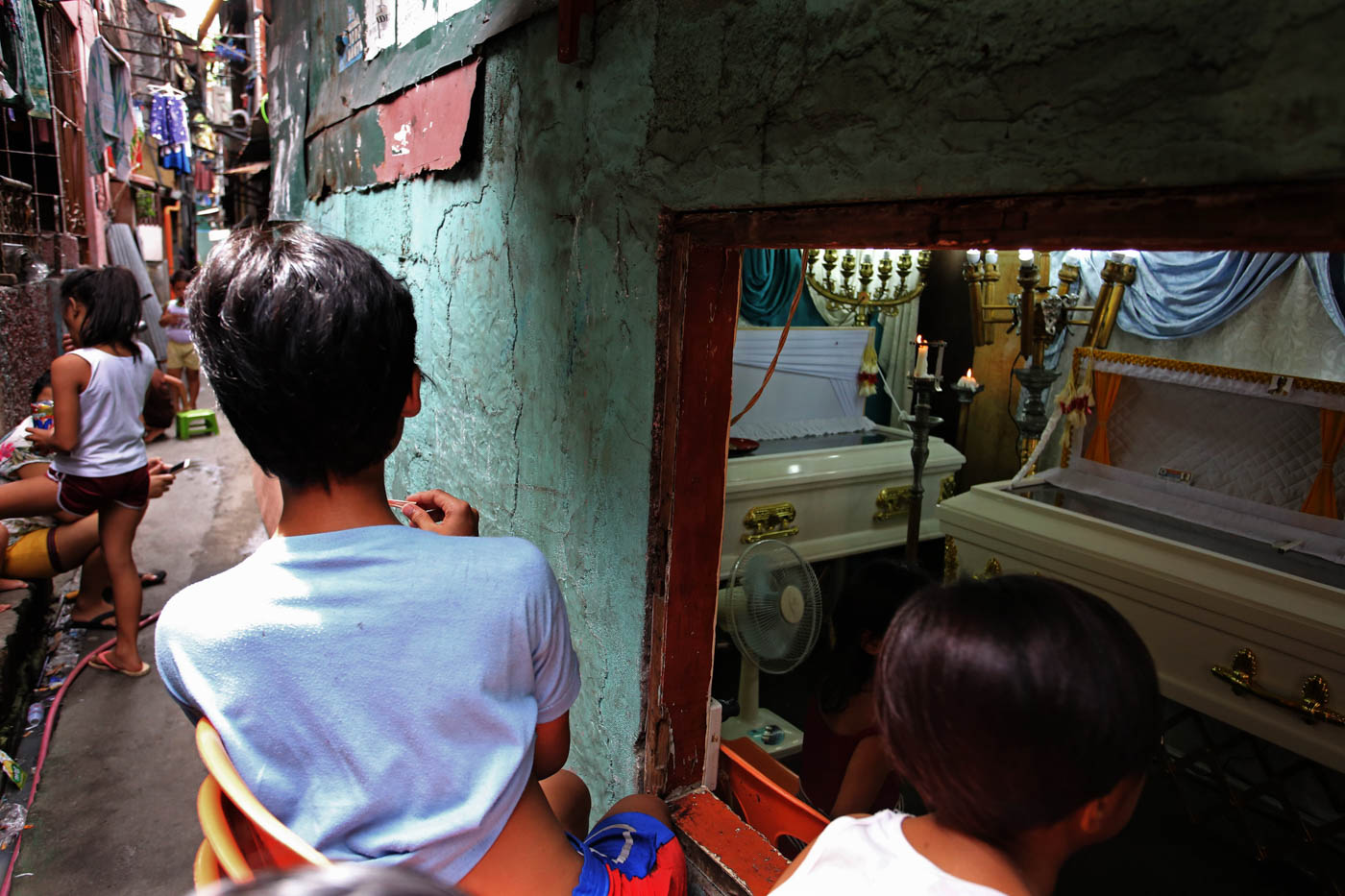 MANILA, Philippines – In less than an hour on Wednesday, October 11, the house of Ladylyn Ocampo had two holes in the ceiling. Three people were killed, including her father.

On October 11, a day after President Rodrigo Duterte issued a memorandum order removing the Philippine National Police from the helm of his war on drugs, policemen trooped to an alley in Kagitingan Street corner Sta Barbara in Tondo.

Upon seeing the cops, residents hurried to their homes and shut their doors. When the police arrived, Ladylyn initially thought they came to arrest the men who were gambling outside their house. She was surprised when they looked for her father, Rolando Ocampo; her cousin’s husband, Sherwin Vitas; and Ronnie Cerbito, a teenager who helped around the house.

Rolando was preparing to do the laundry when the police took a hold of him, Ladylyn said. She refused to leave his side. “Leave me. Save yourself,” her father told her. She was only a couple of steps away when she heard the shots. She ran. 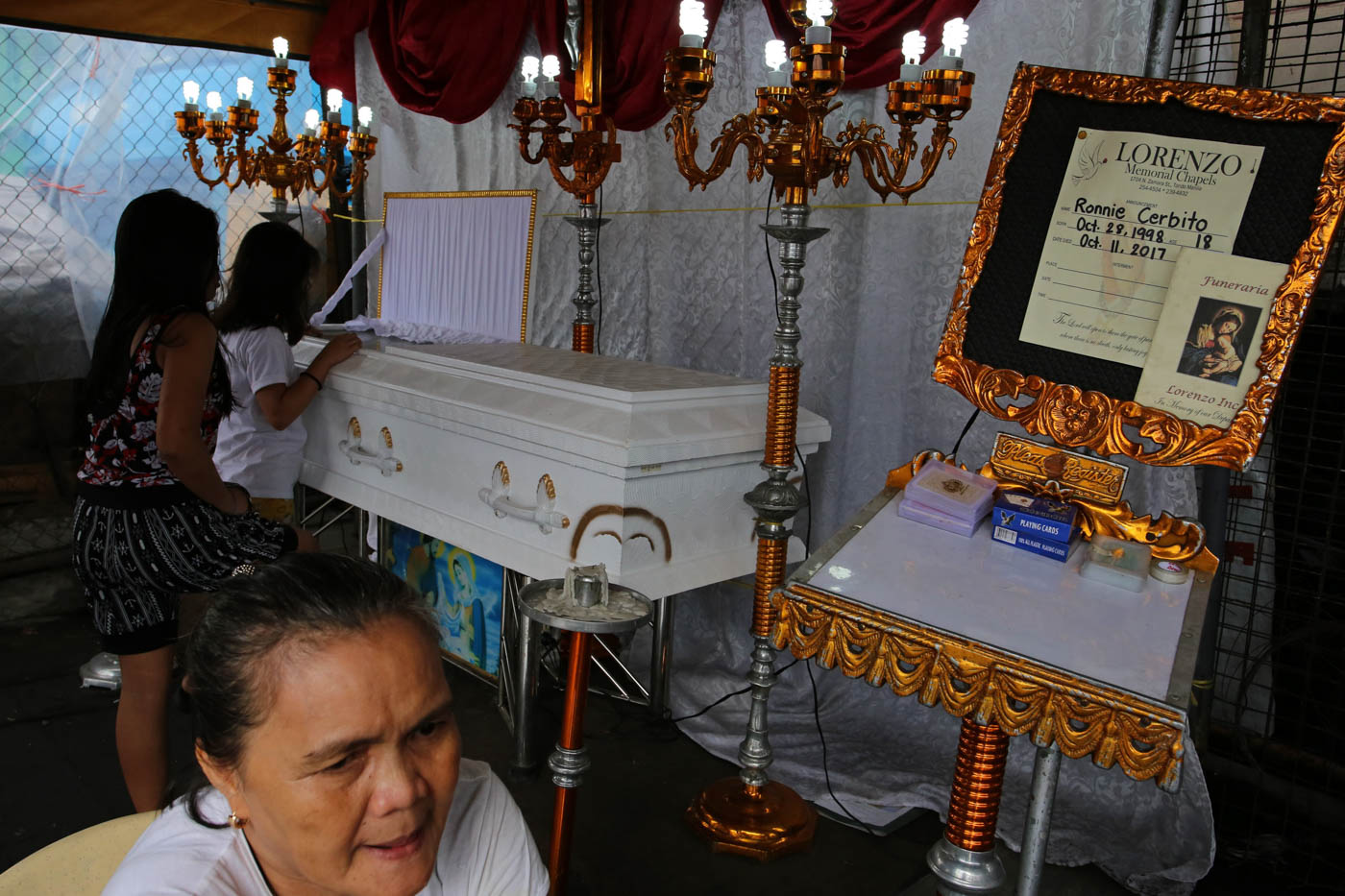 The teenager and the Bicolano

Ronnie Cerbito was abandoned as a child. His parents don’t know that he’s dead.

The police spot report only referred to Ronnie as “alias Kalbo” and placed his age at 20 to 25 years old.  He was supposed to turn 19 on October 28. He had just told his aunt, Serina, that he was excited to wear his new shoes.

Ronnie grew up fending for himself, sorting through garbage to make a living. He helped Rolando in household chores – cleaning the bathroom and sometimes looking after Rolando’s 13 grandchildren – in exchange for meals and a bench to sleep in.

According to his friends, Ronnie just had lunch and was planning to take a nap when he was killed.

Sherwin Vitas, a 34-year-old Bicolano, moved to Tondo ever since he met his partner, Arlene Guibaga, through Ladylyn. Arlene was upstairs when she heard Sherwin asking her to find his ID. She said she handed the ID to the police without going downstairs.

Arlene heard shots fired. She was looking for her husband but saw Ronnie instead, lying on the ground. The police then looked at the ID of her husband and yelled “positive!” They began shooting at Sherwin.

Sherwin will be buried in his native Bicol. 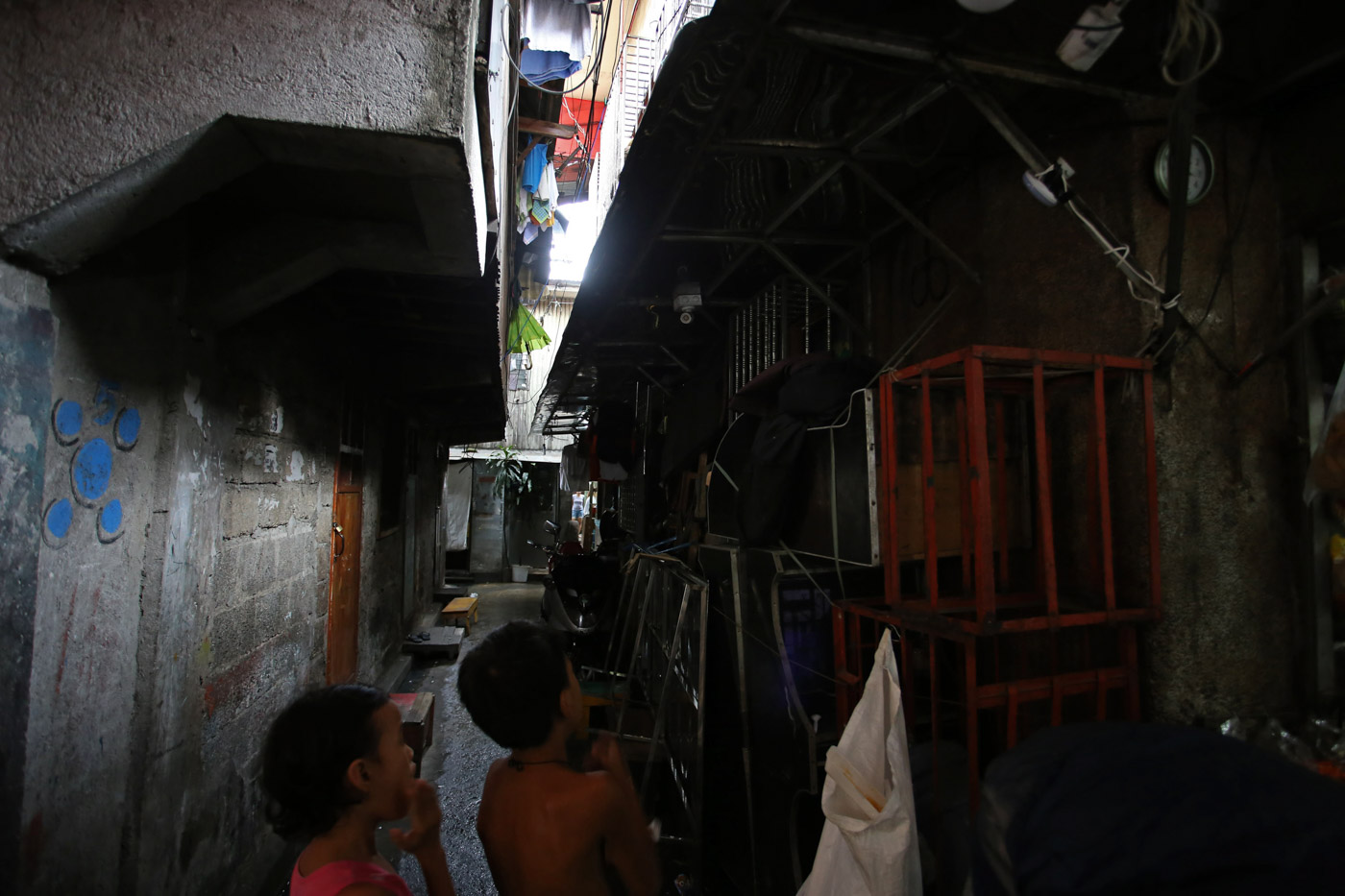 The CCTV Arlene was talking about is located a couple of houses away, outside the house and store of Rolando’s bedridden sister, Lydia Sioson.

In the CCTV footage, plainclothes police arrive and start clearing the area. The cops run after the men who were having lunch. A shot from a different angle shows Rolando falling to the ground. A man tilts the camera away from the view.

Nobody knows who shot first or how the bodies of Sherwin and Ronnie were positioned. They were rushed to the hospital. Scene of the Crime Operatives (SOCO) found them at the morgue.

A Reuters report said that police used hospitals to erase forensic evidence. Ladylyn said that her father was already dead and that he was “thrown like a pig” on the sidecar that brought the bodies to the hospital. 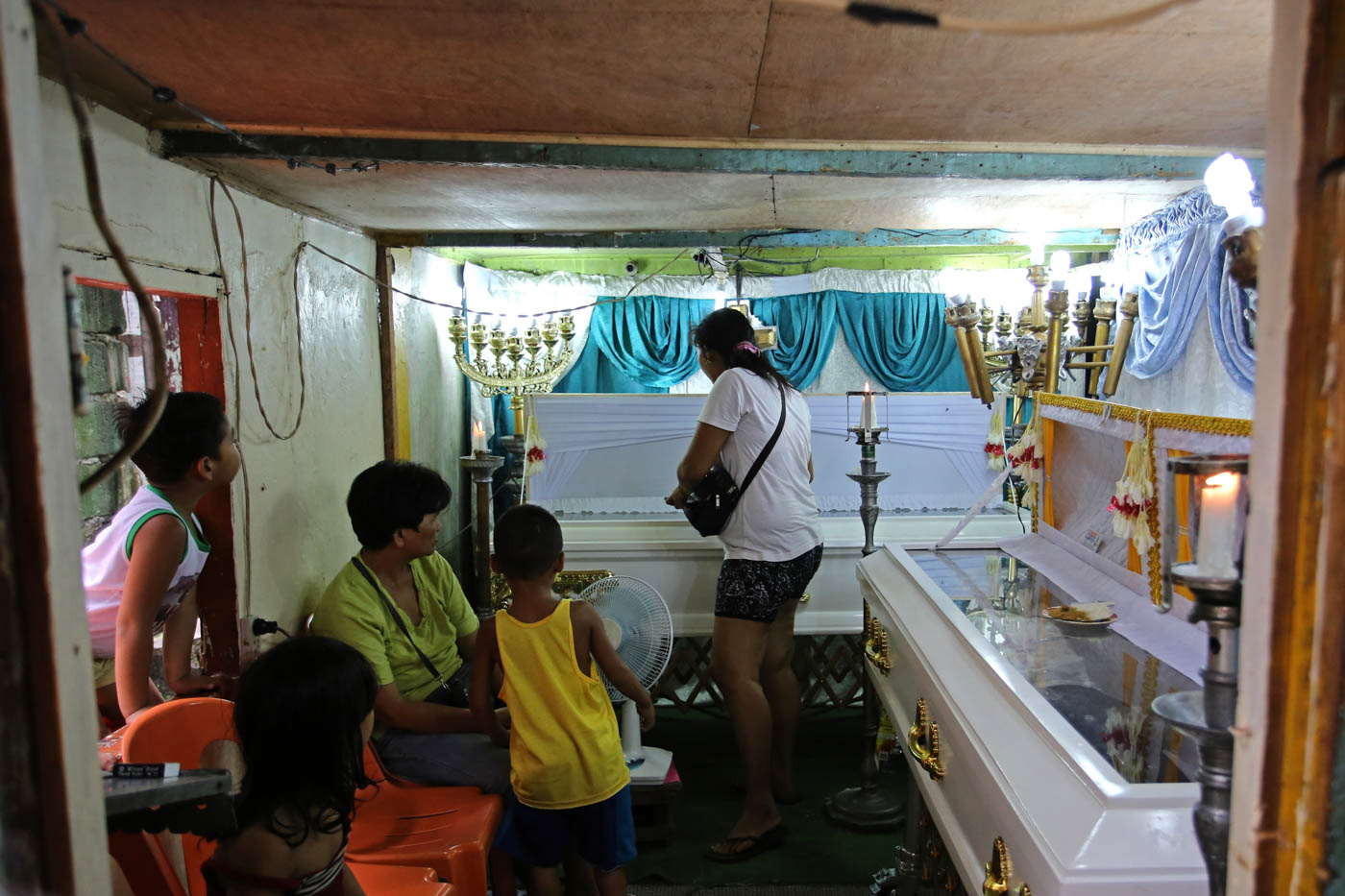 According to a Manila Police District report, on October 11, undercover operatives of Police Station 2 Tondo were conducting a buy bust operation in the area and had just finished a “deal” when Rolando sensed imminent danger.

The report said that Rolando ordered Sherwin and Ronnie to shoot at the cops. The cop posing as a buyer “fortunately evades the first burst of shots” and an “exchange of gunfire ensued wherein suspects were fatally wounded.” The report didn’t say if cops were injured in the process.

In Arlene’s version of events, after the first shot was fired, the cop pointed the still smoking gun at her, prompting her to go back inside the house. Arlene then heard 3 shots. She started calling her relatives. She put the phone on speaker mode to drown out the noise.

The police knocked on her door to inform her that the operation was over. Arlene said they took her  to the station and asked for her phone, thinking she took a video of the operation. Did said she didn’t. She didn’t even know how to take videos using her phone. She wished she did.

Arlene will bring Sherwin’s remains to Bicol. She said they talked about this in December, when Sherwin got sick and made her promise that he would bring his remains to his province if he died. He wanted to be buried in his hometown.

After losing her husband, Arlene has to contend with raising their 3 children. She said she will return to Manila after Sherwin is buried in Bicol. “What will happen to me there. How will we eat?”

The families of Rolando and Sherwin admit that both used drugs before. They also confirmed that they surrendered to local police when the war on drugs started. They feared that this had made them targets. They heard rumors that if you’re on the watch list and you surrendered – the police had your photo and knew where you lived – if police came to your house and found nothing on you or in your home, they would plant shabu.

“They said they fought back,” Ladylyn said, repeating what she saw on the news. “If it’s you and a gun is pointed at your face, will you fight back? They’re so skinny and weak.”

Her father, Rolando, was 60 and withered by tuberculosis. “How could he fight back? I want people to know that people who are getting killed did not fight back.” – Rappler.com