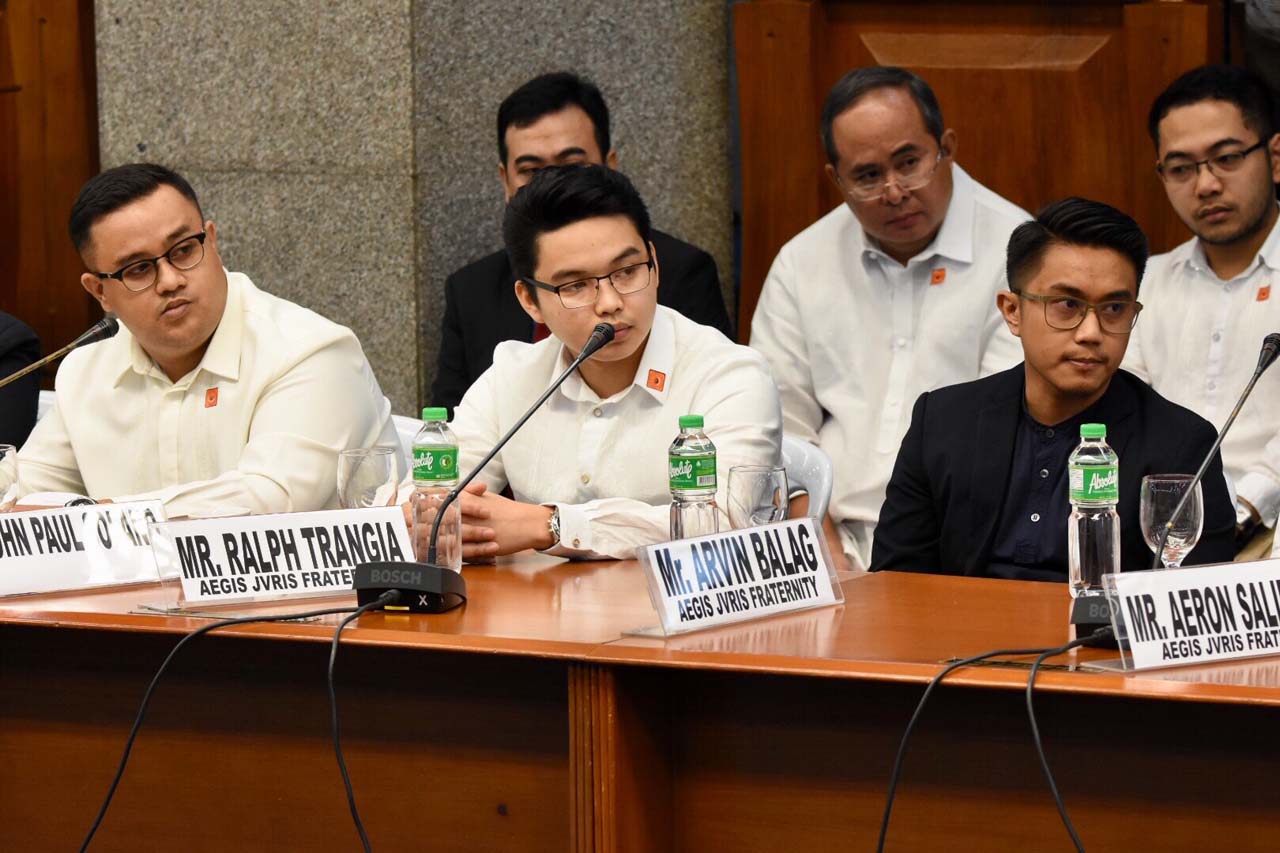 MANILA, Philippines (UPDATE) – A Senate panel on Wednesday, October 18, cited the leader of the Aegis Juris fraternity in contempt for evading questions during the hearing on the death of law student Horacio Castillo III.

Balag was cited in contempt after he repeatedly invoked his right against self-incrimination when asked if he is the head of the fraternity.

Balag insisted that answering such a question would incriminate him. He is among the fraternity members facing charges of murder, robbery, and violation of the Anti-Hazing Law.

Lacson and Poe gave Balag several chances to respond but to no avail.

After the hearing, Lacson told reporters that Balag will be detained at the Office of the Sergeant-At-Arms (OSAA), where former Customs commissioner Nicanor Faeldon is being held. (READ: Senate detains Faeldon for refusing to face BOC corruption probe)

On September 25, John Paul Solano, the fraternity member who brought Castillo to the hospital, said in an executive session that Balag is the leader of the fraternity.

Solano also claimed it was Balag who ordered him to lie to authorities by saying he just saw Castillo sprawled on a pavement in Tondo on September 17. Solano added that Balag ordered him and other fraternity members to deactivate their social media accounts.

Castillo, a freshman law student, died after attending the initiation rites of the Aegis Juris fraternity based at the University of Santo Tomas Faculty of Civil Law on September 17.

His parents only found out about the incident a day later, through an anonymous text message.

According to the medico-legal team of the Manila Police District, the autopsy showed Castillo died of “severe blunt traumatic injuries.” – Rappler.com