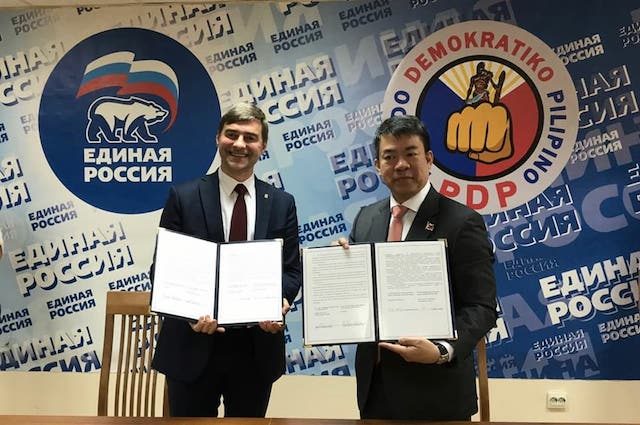 Facebook Twitter Copy URL
Copied
(UPDATED) 'This is a historic moment, as it brings Russia and the Philippines closer together through relations between their ruling parties, and not just their governments,' says Senate President Aquilino Pimentel III, PDP-Laban president

“This is a historic moment, as it brings Russia and the Philippines closer together through relations between their ruling parties, and not just their governments,” Pimentel said in a statement.

In a two-page document signed by Pimentel and Zheleznyak, both parties agreed “to conduct bilateral consultation” and “to exchange information” on the current state of affairs of both countries. 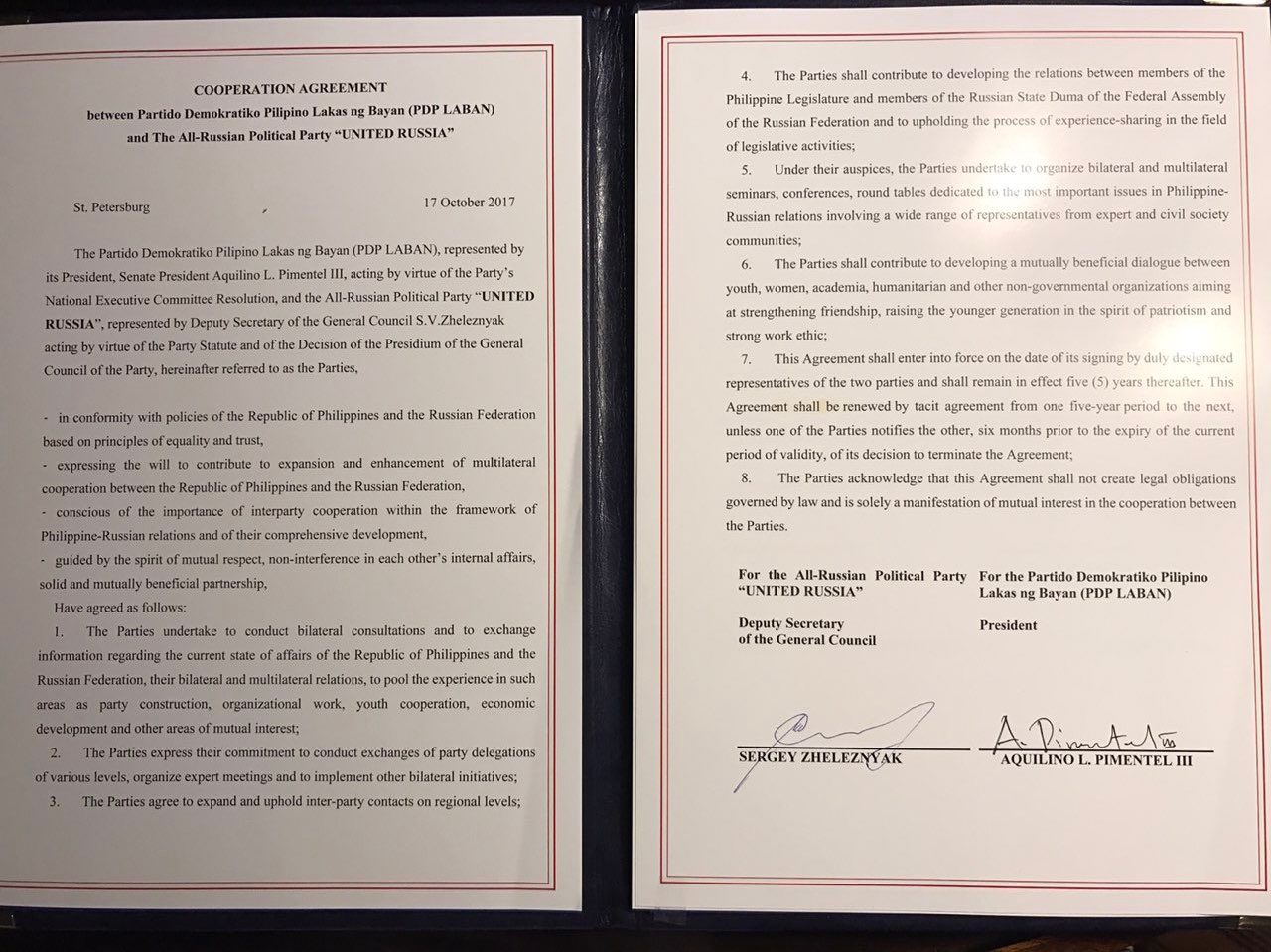 They also agreed “to pool the experience” of the two nations in the fields of “party construction, organizational work, youth cooperation, economic development and other areas of mutual interest” and to conduct exchanges of party delegations.

“The Parties shall contribute to developing the relations between members of the Philippine Legislature and members of the Russian State Duma of the Federal Assembly of the Russian Federation and to upholding the process of experience-sharing in the field of legislative activities,” the agreement reads.

In a press release, Pimentel said PDP-Laban is keen on boosting diplomatic ties by forming relations with ruling parties of other countries.

The accord is PDP-Laban’s second memorandum with a foreign political party. In February, the Philippine ruling party signed a memorandum of agreement with the Communist Party of China. (READ: PDP-Laban ‘very open’ to learn ideology, policy from China’s Communist Party)

“We want to share our experiences with parties from other countries, and we want to learn from their experiences as well,” Pimentel said.

Under Duterte, the Philippines has rekindled ties with Russia and China as part of his administration’s so-called independent foreign policy.

Duterte has repeatedly slammed the Philippines’ traditional ally, the United States, for supposedly interfering with domestic affairs, including his bloody drug war. He did say last September, however, that he would “rather be friendly” with the Americans now. – Rappler.com