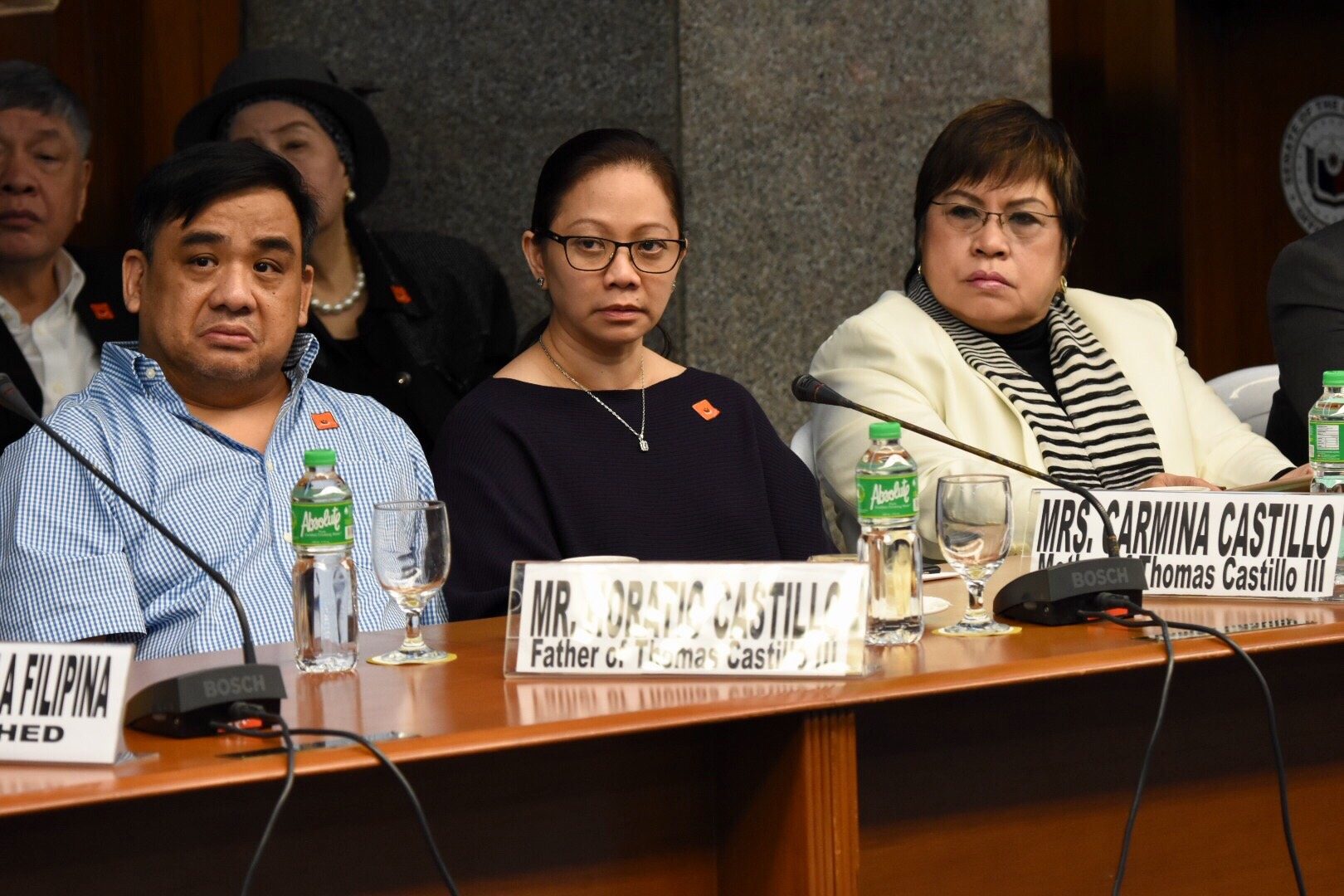 This was how Horacio Castillo Jr – father of hazing victim Horacio “Atio” Castillo III – explained why Aegis Juris members kept invoking their right against self-incrimination during a Senate committee hearing on Wednesday, October 18.

Senate public order committee chair Panfilo Lacson himself said the members “abused” the invocation given that the senators asked “very simple questions answerable by yes or no.”

Also on Wednesday, Manila Police District director Senior Superintendent Joel Coronel said that based on chat messages among members, it appeared that the fraternity intended to cover up the incident.

Horacio Jr said they still have to consult lawyers regarding the filing of charges against said members. Aegis Juris member and University of Santo Tomas Faculty of Civil Law Dean Nilo Divina, meanwhile, said those involved with the cover up “should be penalized accordingly.”

“As I said, we will never condone a cover up, anyone who’s part of which will be penalized,” he added.

Horacio Jr believes they have a strong case, considering how things are going during the Senate hearings. But he admitted that he also pitied the members involved in the killing of his son.