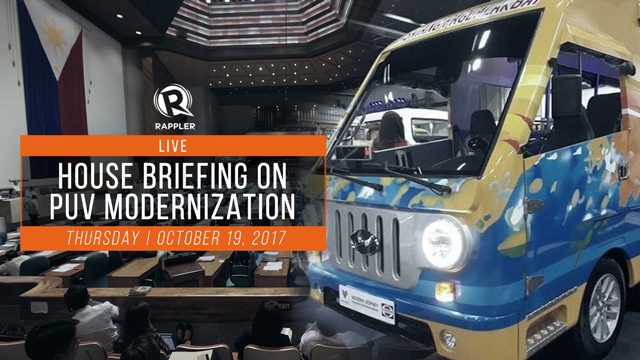 Bookmark this page to watch the briefing live on Rappler on Thursday, October 19

MANILA, Philippines – The Department of Transportation (DOTr) will brief the House committee on transportation on the public utility vehicle (PUV) modernization program on Thursday, October 19.

Also on the agenda – the transport strikes led by the Pinagkaisang Samahan ng mga Tsuper at Operator Nationwide (Piston).

The most recent transport strike against the PUV modernization program was held in parts of the country from October 16 to 17. It was preceded by strikes in  September and in February this year.

Transport groups have called the program “anti-poor,” saying that drivers would not be able to afford a brand new jeepney that would cost at least P1 million.