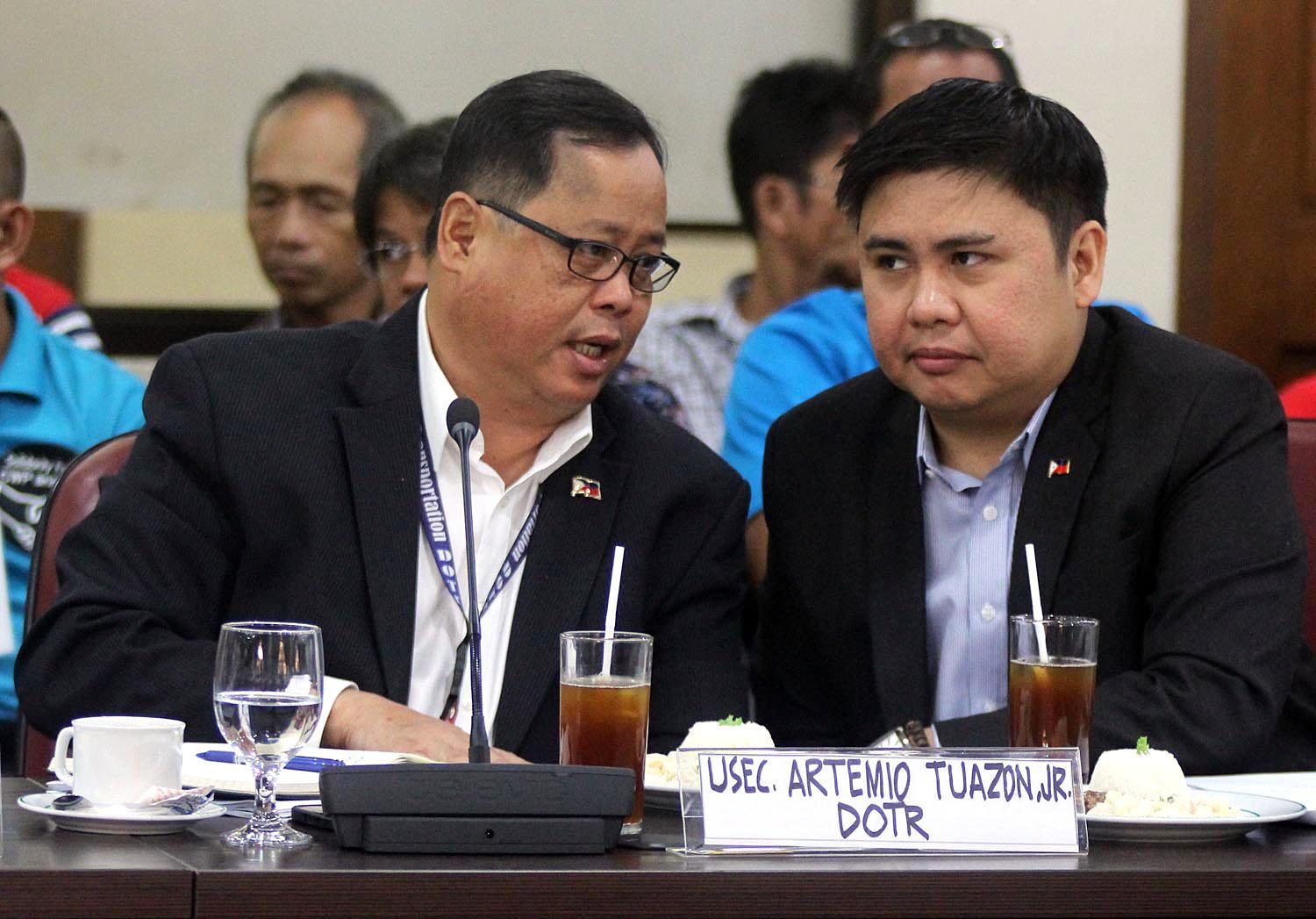 MANILA, Philippines – “It is the right time to present this, when the details aren’t complete yet?”

Erice questioned why the government had already introduced the program to the public when transportation agencies had yet to come up with a timeline for its implementation, which requires the completion of route rationalization studies for Metro Manila, Cebu, and Davao City first.

The PUV modernization program seeks to phase out old jeepney units in favor of newer, safer, and environment-friendly ones.

This, despite President Rodrigo Duterte’s pronouncements that he would “drag away” the jeepneys of owners and drivers who fail to modernize their jeepneys by the year’s end. Delgra said a draft of the Metro Manila route rationalization study will be completed in November.

Responding to Erice’s questions, Delgra said the early announcements were made to press the “urgency” of modernizing the Philippine jeepney, among the top modes of transportation nationwide.

Kabayan Representative Harry Roque, meanwhile, warned the Department of Transportation (DOTr), LTFRB, and other agencies that the program could be put under question because the reason for modernization was “arbitrary.”

Roque, a lawyer, was once legal counsel for the Alliance of Concerned Transport Organizations (ACTO), one of the transport groups represented at  the hearing.

Roque helped the group oppose proposed jeepney modernization programs during the  previous administration. One reason for their opposition, said Roque, was because the program, as drafted by the government, would have advantaged one particular company.

The lawmaker demanded that the LTFRB and DOTr produce a list of companies that could be tapped for the modernization of PUVs. Asked if local companies would also be able to compete, transportation officials said they could “if they have the capacity.”

Roque criticized the vague answer and insisted that executives of the companies who joined a recent PUV expo organized by the DOTr and the Department of Trade and Industry (DTI) attend the next hearing. (LOOK: New jeepneys under the PUV modernization program)

De Leon clarified that the PUV modernization program does not impose a specific make for the new jeepneys, but merely introduces “standards” for the vehicles. They must be Euro 4 compliant, meaning the new generation of jeepneys would have to be friendlier to the environment.

The problem? De Leon admitted that the government does not have the means to check whether engines are truly Euro 4 compliant.

Instead, the DOTr plans to require certificates of compliance. De Leon said the DOTR was not discounting the eventual possibility of buying equipment that can check for Euro 4 compliance.

Transport and leftist groups have rejected the current PUV modernization plan for supposedly putting drivers and owners at a disadvantage while benefitting bigger corporations.

Zenaida Maranan, president of the Federation of Jeepney Operators of the Filipinos (Fejodap), said that while operators like herself – who can manage an entire fleet of jeepneys – can handle the financing plans under the Landbank and Development Bank of the Philippines (DBP), single operators who aren’t as skilled won’t be able to keep up.

LTFRB board member Aileen Lizada said that it would be Landbank and not the Development Bank of the Philippines, that would be able to handle individual applications. Maranan said that Landbank had told her otherwise.

The DOTr and LTFRB was also unable to give the House information on how many jeepney drivers stand to be displaced or jobless pending the route rationalization study.

The route rationalization study, conducted by different agencies and groups, will determine the best mode of transportation for a specific route, based on the current and projected demand. In Metro Manila, the study is being led by the University of the Philippines.

In Cebu, it’s being done by the Japan International Cooperation Agency (JICA) and in Davao City, by the Asian Development Bank (ADB). De Leon said they will be coordinating with local government units (LGUs) to help them determine routes in other areas.

“We realize that the public transportation sector has political concerns with regards to LGUs dictating the route. The LTFRB will still be the one issuing franchises,” he said. Still, several lawmakers expressed opposition to the idea, again citing the danger of LGUs politicizing the process.

Surigao del Sur 2nd District Representative Johnny Pimentel urged transportation officials to visit far-flung areas, such as some barangays in his district, to see the road conditions for themselves. Pimentel argued that the jeepney designs that the government has put forward would be unable to handle the rough roads of some rural villages.

De Leon said the PUV designs could be expanded to include 6-wheel vehicles built for rougher terrain.

The LTFRB has yet to determine how many routes currently exist in Metro Manila, although Delgra estimated it “several thousands.” – Rappler.com