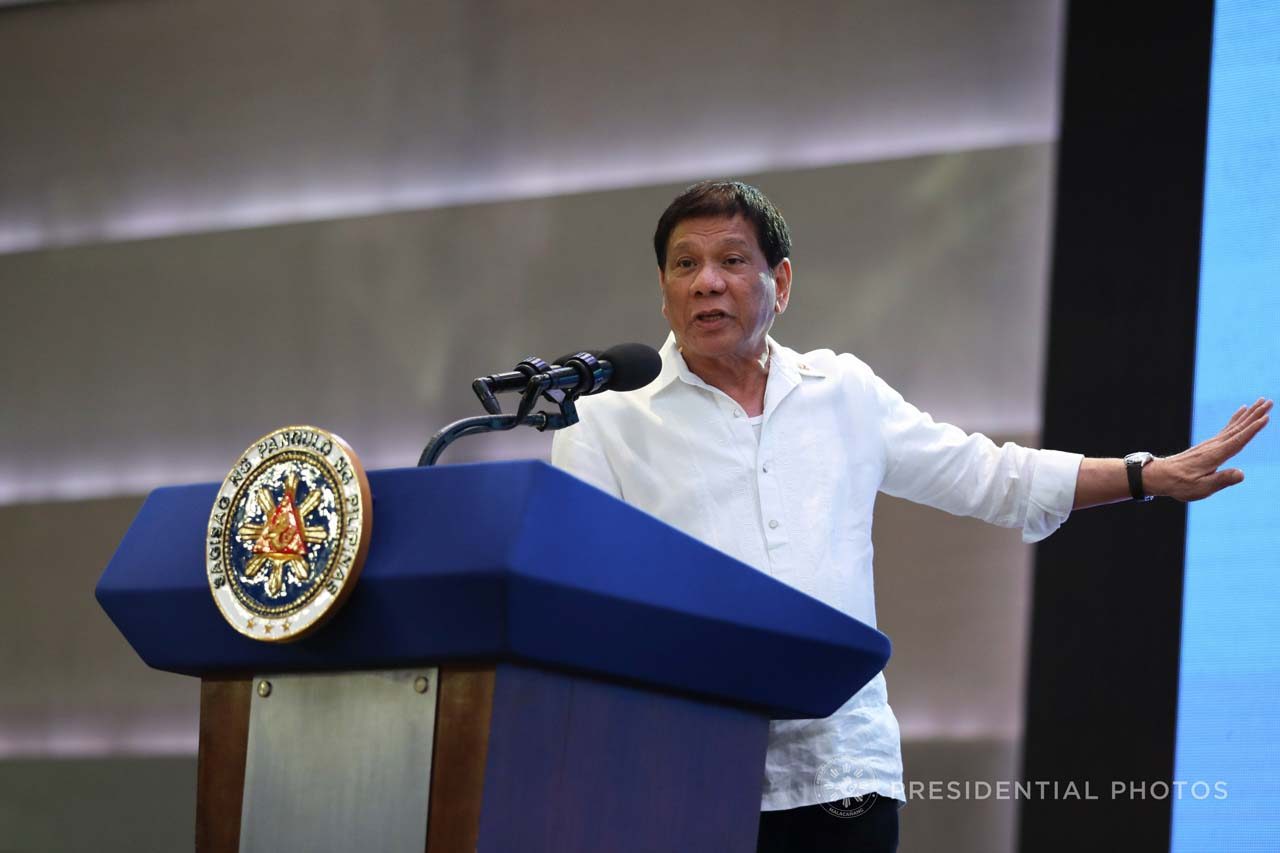 Facebook Twitter Copy URL
Copied
The President still does not have his facts right when it comes to the amended Juvenile Justice Act of 2006. It's unclear if Duterte was told about the amendment but ignored or forgot about it.

MANILA, Philippines (UPDATED) – In a new wave of rants against Liberal Party president and Senator Francis Pangilinan, President Rodrigo Duterte showed he continues to be clueless about an amendment to the Juvenile Justice Act of 2006, also called the Pangilinan Law.

Duterte, in speeches on October 18 and 19, falsely claimed that the law, so-called because it was authored by Pangilinan, has not been changed, such that children below 15 years old who commit serious offenses like murder, rape, or robbery are sent to correctional facilities. (READ: Beyond juvenile delinquency: Why children break the law)

Without this amendment, said the President, the youths “go scot-free” and thus have no sense of accountability for their crime.

“It could be stealing, robbery with rape, with homicide or rape with killing, they go scot-free. There’s no such thing as, they are brought to a judge. It’s a vacuum created by Pangilinan,” said Duterte at the Philippine Business Conference on Thursday.

Thus, declared Duterte, Pangilinan is the “one single person” who “promoted criminality in this country.”

Duterte had previously made this assertion in April when he told his audience of 4- to 10-year-old kids of the need to lower the age of criminal responsibility to 9, instead of 15.

Six months later, the President is still unaware that the Pangilinan law was amended in 2013.

One of the key amendments requires that children above 12 years old and up to 15 years old who commit murder, kidnapping, rape, destructive arson and certain violations of the Comprehensive Dangerous Drugs Act be “mandatorily placed in a special facility within the youth care faculty or ‘Bahay Pag-asa’ called the Intensive Juvenile Intervention and Support Center (IJISC).”

This is exactly what Duterte said should happen in his recent speeches.

“What Kiko Pangilinan should have done was make a colatilla or a condition provided that in every town or city, there should be a correctional institution. Not to put them in prison but to detain them and be lectured on what is right and what is wrong…Now, why don’t they amend it?”

Davao City has its own Bahay Pag-asa-type of facility, which Duterte himself helped establish.

It’s not clear if Duterte was told about the amendment but ignored or forgot about it, or if no official or personnel of the Presidential Management Staff (PMS) bothered to correct him.

The PMS is the Malacañang office tasked to assist the President in policy matters, from drafting his speeches to keeping him up to speed on policy developments, to helping him prepare for major summits and events.

Another office with a mandate to keep the President abreast with policy issues, particularly the legal aspect, is the Office of Chief Presidential Legal Counsel Salvador Panelo.

When Rappler called up the PMS office for input on the story, its staff said the office is not mandated to answer questions from the media. – Rappler.com