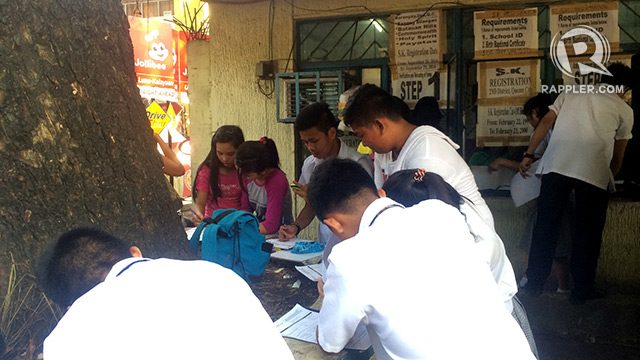 MANILA, Philippines – The Commission on Elections (Comelec) will resume the registration of voters following the recent postponement of the barangay and Sangguniang Kabataan (SK) elections.

In Comelec Resolution No. 10214 promulgated on Tuesday, October 24, the poll body scheduled the resumption of voters’ registration from November 6 to 30, 2017.

Members of the Katipunan ng Kabataan who will be 15 years old by election day and regular voters for the barangay elections can register for the May 14, 2018 village and youth council polls.

Voters’ registration will be conducted nationwide except in Lanao del Sur, said the Comelec. Rehabilitation efforts are underway in Marawi City after 5 months of clashes between government forces and local terrorist groups there.

Local Comelec offices will be open from 8 am to 5 pm, Mondays to Saturdays, including holidays, during the registration period. The poll body said local offices may also set up satellite or offsite registration areas.

“Applications for registration, reactivation, change or correction of entries, and inclusion or reinstatement of records in the list of voters shall be personally filed at the Offices of the Election Officer (OEO) of the city/district/municipality where the applicant resides,” said the Comelec resolution.

No applications for transfer of voter records shall be filed and processed, the Comelec added.

Republic Act 10952, signed by President Rodrigo Duterte on October 2, rescheduled the barangay and SK elections to the 2nd Monday of May 2018. The polls were originally set for October 30, 2017. – Rappler.com