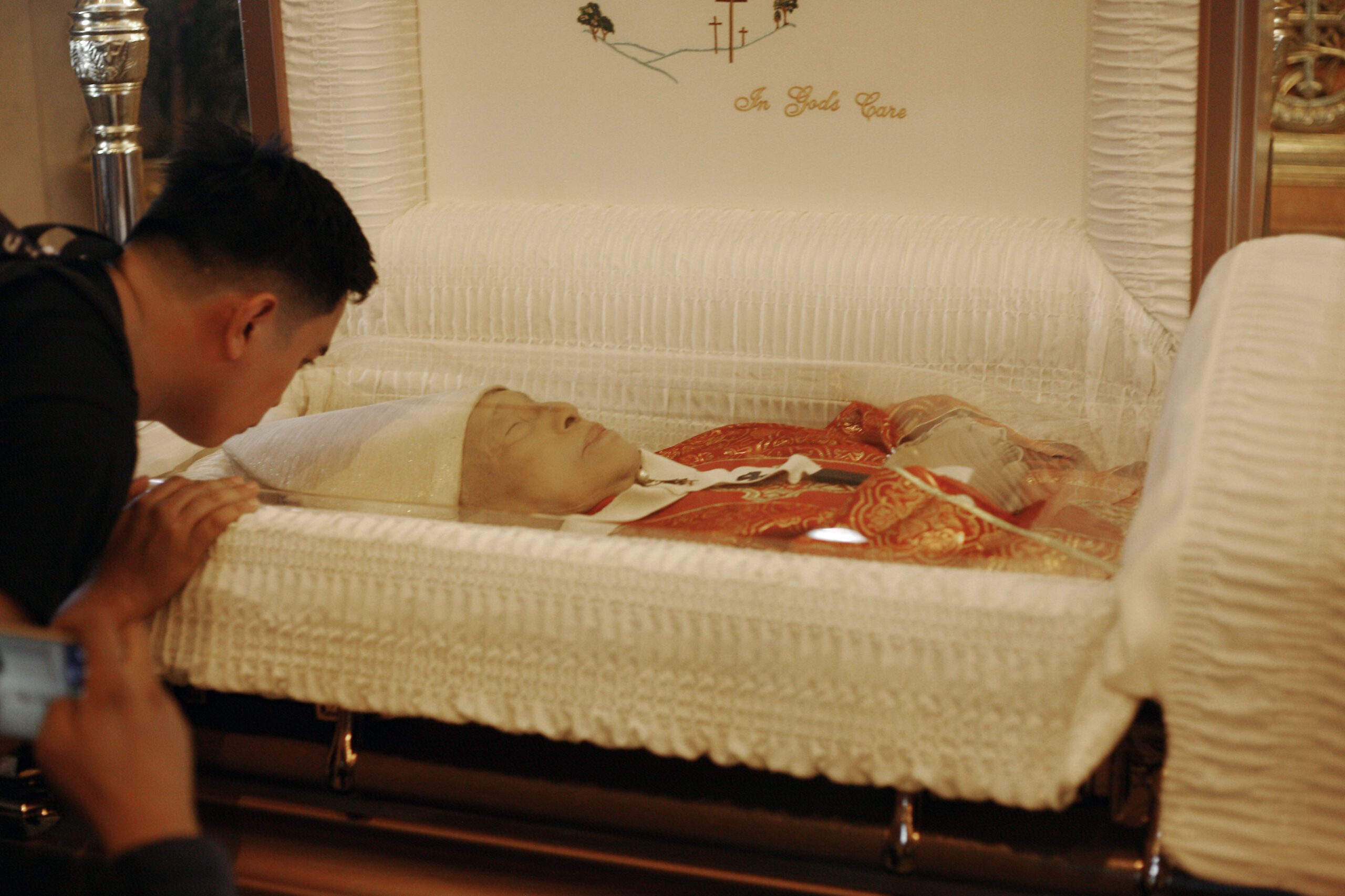 CEBU CITY, Philippines – Up to 10,000 people are expected to pay their last respects to the late Cebu Archbishop Emeritus Ricardo Cardinal Vidal by attending the funeral procession and interment of the prelate Thursday, October 26.

Cebu City Councilor Dave Tumulak, deputy mayor for police and security matters, said security measures are in place, with uniformed and plainclothes policemen to be deployed along the procession route to secure the 5,000 to 10,000 people who are expected to come for the activity.

“As of now, we are expecting 5,000 to 10,000 people although we are also readying contingencies should the crowd exceeds our estimate,” Tumulak told Rappler.

About 24 bishops and 500 priests, including those from Marinduque, the hometown of Vidal, are also already in Cebu for the funeral rites Thursday.

“We have not received communication from the Vatican about the attendance of the papal legate but the presence of the 3 cardinals is already enough for us,” Tan told reporters.

The Cebu Metropolitan Cathedral was closed to the public starting midnight in preparation for the funeral. The cathedral was reopened at 7 am Thursday on a first-come, first-served basis, Tan said.

“We want to make the funeral as solemn as possible despite the massive crowd we are expecting on the day of the burial,” Tan added.

After the 8 am Mass, Vidal’s remains will be placed in a century-old carroza for the funeral procession around the athedral area before he will be buried.

Father Erik Orio, the priest in charge of the funeral procession, said the carroza will be bedecked with flowers and candles. A red velvet cloth will also be placed around the carroza to symbolize the rank of Vidal in the church hierarchy.

Cebu City Disaster Risk Reduction Management Office head Nagiel Banacia said an incident management team has already been formed to address emergency cases during the funeral procession and the Mass at the cathedral.

The Land Transportation Franchising and Regulatory Board (LTFRB) 7 has allowed at least 6 Ceres buses to ply outside their routes to bring people from different points in Cebu City to the Cebu Metropolitan Cathedral.

LTFRB 7 Director Ahmed Cuizon the buses no longer need special permits to ferry passengers to and from the cathedral on Thursday because it was the Cebu City government that requested the special trips.

Vidal, a native of Mogpog, Marinduque, died due to septic shock on October 18, one week after he was rushed to the hospital due to fever and shortness of breath.

Vidal was appointed by Pope John Paul II as coadjutor archbishop of Cebu in 1981. He became archbishop on August 24, 1982, succeeding Cardinal Julio Rosales.

On Thursday, Vidal will be buried beside the tomb of Rosales in the mausoleum within the cathedral compound. – Rappler.com